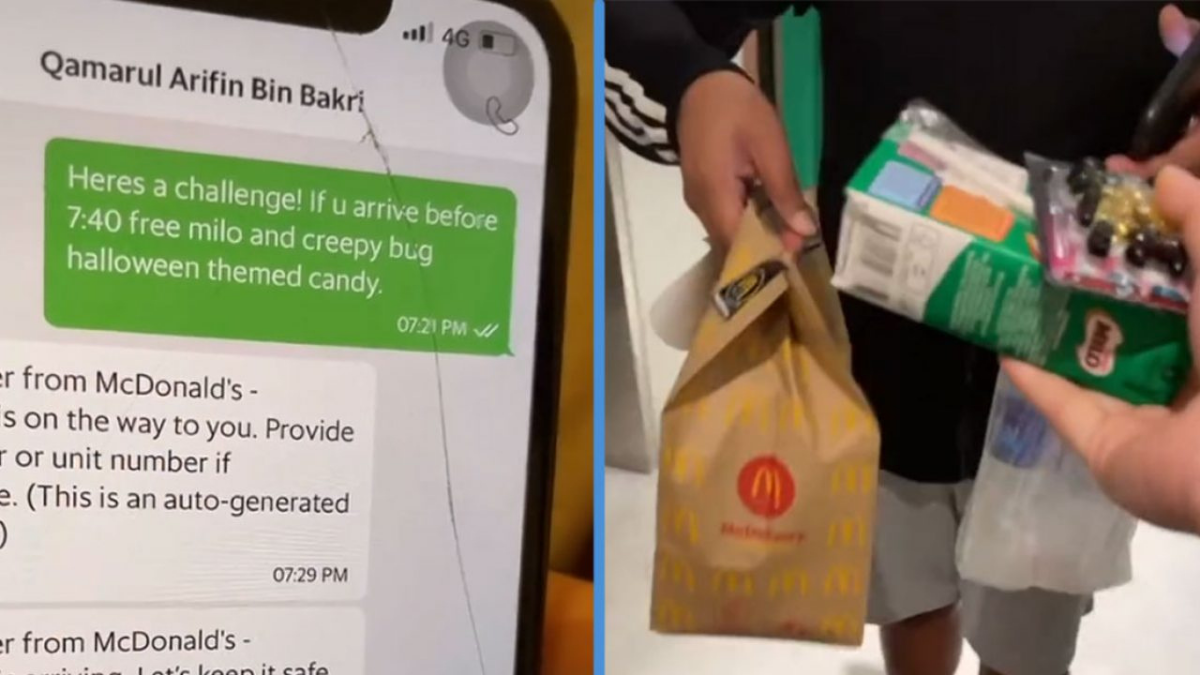 A joke at the expense of a delivery worker completely misses the mark during a global pandemic.

Popular Singapore-based TikToker Erica Chan is facing backlash after a video she posted to the social network.

In it, she orders food from McDonald’s, and to make the delivery worker go quicker, she offers him candy — if the driver could get the food to her quicker than the estimated time (7:40 pm), he’d get the candy.

The video continues and shows the delivery person seeming to move quickly to get her the food.

When the driver arrived, Chan hands him the candy and takes her food.

While the video was liked more than 19,000 likes, many of the comments were disapproving.

“Hope he spat in your food,” one wrote.

“I don’t think that was very nice of you,” said another.

Commenters found that Chan shouldn’t have rushed the driver to deliver faster than usual as it could risk his safety.

Others thought it was cruel to tempt him with candy during the month of Ramadan, however, the delivery would have been after Muslims can break their daily fast.

Another said Chan was displaying her “rich privilege” by treating the delivery person in this way.

Yet Chan doubled down by posting another video, according to The Daily Dot. This time, she again coaxed the delivery person to move quicker but ended up just giving them a bottle of water.

“Sorry sis, but this ain’t it,” said one commenter.

Chan since released a response to the comments, which indicated that she didn’t intend to offend anyone, but she stopped short of apologizing.

“Honestly from the get go I thought it was a friendly thing,” she said. “I thought that it was a nice thing to interact with the delivery man. The tone of the message was nowhere near rude, demanding or in any sense rushing him. It was all fun and happy.”

As the world has grappled with this pandemic, many of us have been able to stay home to remain safe. But for delivery workers, staying home isn’t an option. They are putting their health at risk every day and that deserves our respect — and our tips.