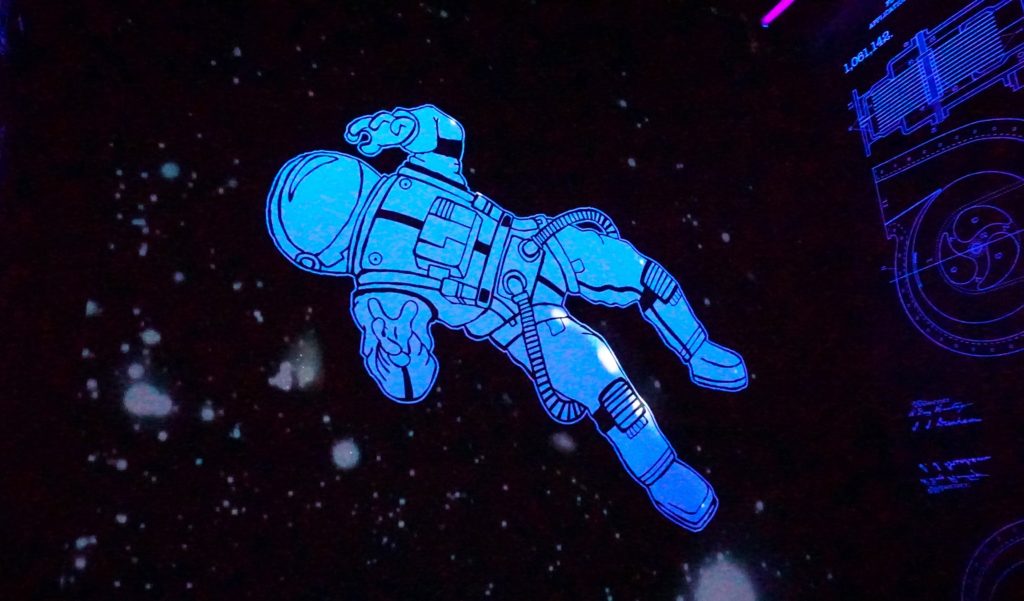 Takeaway: Success comes when you work intelligently within a system of interconnected parts. Understanding the system you’re in, and the intelligent ways in which you interact with it, goes a long way towards understanding the success you’ve achieved—and overcoming imposter syndrome.

If you experience imposter syndrome—that feeling where you have no idea why you get to do what you do and that someone is going to find out any second now—you’re not alone, or even unique. Even those we hold in the highest regard admit to feeling like imposters.

Take Tom Hanks. As he put it in an interview:

“No matter what we’ve done, there comes a point where you think, ‘How did I get here? When are they going to discover that I am, in fact, a fraud and take everything away from me?’ ”

Neil Gaiman, author of American Gods, The Sandman, Coraline, and many more of my favorite books, shared a great story about the syndrome:

“Some years ago, I was lucky enough [to be] invited to a gathering of great and good people: artists and scientists, writers and discoverers of things. And I felt that at any moment they would realise that I didn’t qualify to be there, among these people who had really done things.

On my second or third night there, I was standing at the back of the hall, while a musical entertainment happened, and I started talking to a very nice, polite, elderly gentleman about several things, including our shared first name. And then he pointed to the hall of people, and said words to the effect of, “I just look at all these people, and I think, what the heck am I doing here? They’ve made amazing things. I just went where I was sent.”

And I said, “Yes. But you were the first man on the moon. I think that counts for something.”

If Tom Hanks, Neil Gaiman, Neil Armstrong, and countless others—Maya Angelou, Michelle Obama, and Sonia Sotomayor included—can feel like imposters, you can, too.

Success (by traditional measures) happens when we interact with a system in a way that produces an outcome we desire—like money, status, advancement, or recognition. For example:

Interacting intelligently within a system is a lot easier said than done. And understanding a system is not enough to guarantee success: after you grasp the intricacies of your industry, you then have to hunker down and do the work. Even after that point, there are other variables that are far more difficult—and in some cases impossible—to account for. Take privilege and luck, for example, two variables that make systems unfair.

Even with unfair variables like privilege and luck, when you step far enough back from your success to perceive the relationships between its parts, it will likely make sense. A specific series of interconnected and interdependent events transpired that led to where you (and the rest of us) are today. Breaking it down into these building blocks helps you to recognize the path you’ve taken and the success you’ve earned.

I’ve experienced imposter syndrome many times: after I got offered a deal to write a book with Penguin Random House, which became The Productivity Project, I couldn’t help but call myself a fraud. I didn’t feel I had earned the success I had achieved up to that point—even though I had worked hard within the system I was in. A similar level (though not quite as high) of negative self-talk happened when I got a second book deal to write Hyperfocus.

Luckily, it was around this time that I encountered Thinking in Systems, which clued me into the idea that maybe, just maybe, I had achieved this success for a reason. This motivated me to step back, examine the series of events that had led to my success, and see that they did indeed make sense. I realized I had earned these book deals because of the hard work I put in—alongside a dose of privilege and likely some luck.

Our success, or lack thereof, is a direct result of us interacting with systems. If you don’t know how you got to where you are, you may be too focused on the unique qualities that have led to your success, and not enough on how your interactions with systems helped get you there.

No one is superhuman, even the artists we put on pedestals. Understanding the interconnected web of events that led to where you are today will go a long way towards recognizing the success you’ve achieved (and earned). It can even reveal how to keep it up.

This article was originally published by Alifeofproductivity.com. Read the original article here.