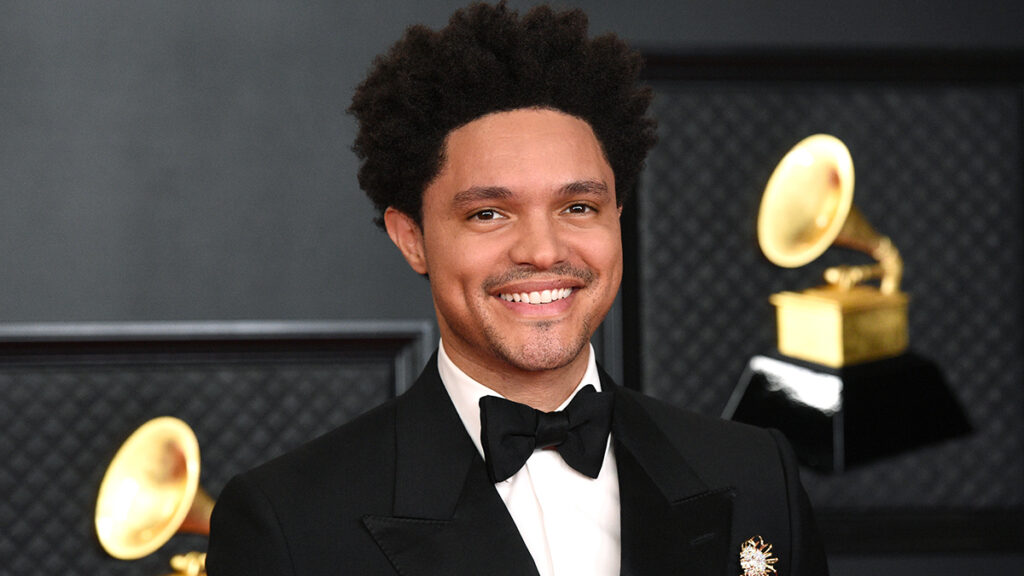 Are those who laugh the hardest usually the ones masking the most pain?

It’s no secret that we often turn to comedy to cope with the pressures of everyday life. For a few moments or so, we don’t have to worry about failing expectations or disappointing our loved ones — we can just watch a comedian’s standup routine and immerse ourselves into their most bizarre anecdotes. It’s escapism at its finest.

If laughter is the best medicine, Trevor Noah is one powerful doctor. He is the leading comedian of our generation and continues to delight with his matter-of-fact, observational approach to life. He isn’t afraid to push boundaries and find humor in the darkest, most threatening situations; perhaps this is why he was chosen as Jon Stwart’s successor for The Daily Show.

But if one looks closer into his early life and upbringing, they will realize that Trevor has overcome a world of pain and discrimination to reach the upper echelons of comedy. What’s even more remarkable that he’s persisted with the laughs every step of the way without fail. Here’s what we can take away from his astonishing journey:

Trevor Noah’s beginnings were in Johannesburg, South Africa. He was born on 20 February 1984 to Robert Noah, a white man of Swiss-German heritage, and Patricia Nombuyiselo Noah, a woman belonging to the Xhosa ethnic group native to southern Africa. At the time of his birth, South Africa was still under apartheid legislation, meaning that their entire society was segregated on the basis of race.

Apartheid is a form of social stratification in which the country’s minority white population was privileged over the likes of Asians, those defined as ‘Coloured,’ and finally the Black Africans. The government had essentially passed a host of laws barring Black individuals from attaining equal rights and opportunities with white communities, whether in politics, media, society, or housing. The two races weren’t allowed to socialize, live together, or take part in sexual relations with one another. Being of Black ethnicity meant that you had little to no status in society.

As such, Trevor’s entire existence was a slap in the face of apartheid. He wrote in his biography that his parents’ interracial marriage was illegal at the time of his birth and was only decriminalized a year later. He spent his early years in the Black township of Soweto, raised by his mother and grandmother. He was classified as ‘Coloured’ by the administration. Since his parents had basically committed a crime in conceiving him, he had to spend a considerable portion of his childhood in hiding.

My grandmother kept me locked in the house when I was staying with the family in Soweto. … If the police did show up, it was a constant game of hide-and-seek […]

“People were encouraged to snitch,” he told NPR, adding that law enforcement officials were ubiquitous and were always waiting to arrest someone for breaking the rules. They were subjected to continuous surveillance, and even their fellow Black neighbors would have no qualms about exposing them to the authoritarian government.

Trevor grew up seeing his mother be put away many times for being caught in white spaces, whether it was white neighborhoods past curfew or white buildings in which his father resided. Had she been caught “fraternizing” with Trevor’s dad, she would have been sentenced to four years in prison. These stints in jail became so common that Trevor’s grandmother would assure him routinely that his mother will “be back” soon enough.

When he and his mother went out in public areas, they had to pretend that they weren’t mother and son. If the authorities suspected in any way that she was his mother, she could be sent behind bars with immediate effect.

My parents couldn’t be seen together. When we were in public, my mother often acted like she wasn’t my mother in order to escape the notice of authorities who would have arrested her.

Trevor was “born a crime,” in his own words, and therefore didn’t relish the privileges the rest of us take for granted. It’s difficult for most people even to imagine the fraught circumstances surrounding his childhood and adolescence, and how he manoeuvred a brutal administration preoccupied with persecuting any form of resistance or equal rights. Thus, Trevor was caught in the middle, “often confused and conflicted about growing up in such a society,” he said.

And when it wasn’t the cruel government making their lives a living hell, it was their own family. Trevor shared that his former step-father, Ngisaveni Abel Shingange, who Patricia married in 1992, repeatedly abused him and his mother. Though she divorced him in 1996, the patterns of violence in her life didn’t halt. While Trevor was in the U.S. pursuing standup, he was informed by his younger brother that his mother had been shot in the head by her husband Sfiso Khoza, who she married in 2009. Through some miracle, the bullet missed her brain and arteries and instead exited through the nose.

I think watching my mom, her growth post-shooting, our family and the way we became stronger, really became the example that I chose to live by. That’s really what I’ve stuck to, and that’s how I try to live my life every day.

Though Trevor’s upbringing was hardly a walk in the park, he doesn’t want to focus on the hardship. He and his mother “managed” despite the challenges, and they were able to build a life amidst the chaos in metropolitan Johannesburg. He grew up lonely and had to reckon with poverty along the way, but he believed in working hard and making ends meet. He grew up “in the hood,” so he had to take up several odd jobs to pay the bills, including DJing and selling counterfeit CDs. “The tricky thing about the hood is that you’re always working, working, working, and you feel like something’s happening, but really nothing’s happening at all,” he wrote in his memoir.

The fact that Trevor was able to turn his trauma and strife into comedic material that inspired and drove millions across the world just speaks to his genius. It takes a special kind of person to look within themselves and distinguish the humor amidst the misery, and then go on to present this side of yourself without any reservations. Comedy often hides the pain, but sometimes, on rare occasions, it also provides a sense of catharsis in its most genuine form.

I like to think that I am the product of a world of impossibilities. You know, my mother is where she should have never been. I think my mother made greater leaps than I have ever made.

Life is about impossibilities

Trevor mentioned that his life had been established off the back of “impossibilities.” He’d never imagined that he’d able to escape the racially charged landscape of South Africa to make it big as one of the defining standup comedians of our times, but he persisted, and he never took his eyes off the prize. Moreover, he’s always respected and been proud of his unique upbringing.

Yes, he grew up in an oppressive environment that restricted individual freedom to the nth degree, but he wants others to know that his life isn’t necessarily unique or inspiring by default. He was only able to flourish due to the determination and sheer relentlessness of his mother Patricia, whom he credits at every opportunity. We have to remember that we are all guided by strong, fierce people in our lives who will go to any lengths to protect us from harm and keep us pushing towards the big picture. As long as we hold these people close to our heart, our dreams will be within arm’s reach.

Louisiana Woman Gives Free Wigs to Children Suffering Hair Loss — Their Reactions Will Warm Your Heart
Sweet Revenge: Woman Wins Lottery Jackpot After Husband Leaves Her for Best Friend
How to be the Smartest in the Room | Ibram Kendi | Goalcast
This Is How You Become the Best Version of Yourself in One Step | James Lawrence | Goalcast
Uber Driver Donates a Kidney to His Passenger – Here’s Why He Insists It’s Not a Coincidence