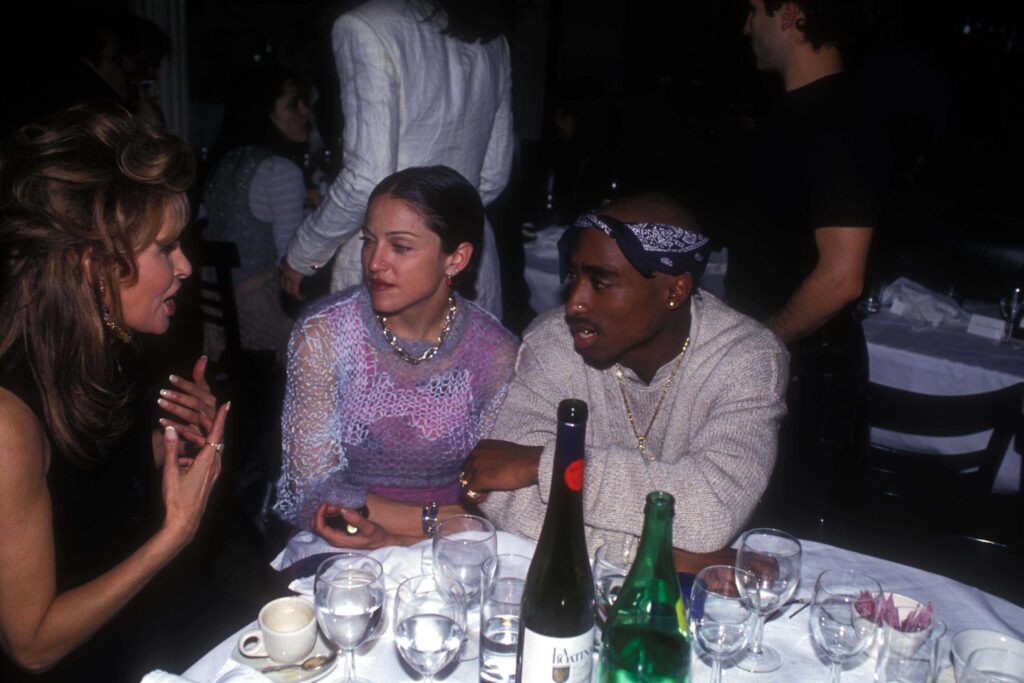 The letter contained a cryptic and foreboding message.

Madonna and Tupac are two of the biggest names in the music industry, but contemporary audiences might not know that they had briefly pursued a romance in the nineties.

Tupac, in his brief twenty-five years on the planet, made more of an impact on our culture than most people are capable of in their entire lifetimes. Madonna, similarly, has been the undisputed Queen of Pop for nearly forty years and laid the foundation for what it means to be a modern female pop star.

What caused the doom of Tupac and Madonna’s relationship?

When their paths crossed in the mid-nineties, it was bound to be magic. Yet, societal constraints made it nearly impossible for them to break through the noise and explore their love for each other. Had it worked out for them, their fling could have been a sliding doors moment with enough power to change the course of history. Unfortunately, it didn’t happen, and all we can do is dwell on a what-if scenario.

Madonna said Tupac had gotten her “riled up about life”

Though it’s confirmed that Madonna and Tupac did become romantically involved with one another at one point in the nineties, there isn’t a lot of information out there about how it panned out — save for one touching letter. Actress Rosie Perez reportedly introduced the two at the Soul Train Awards in 1993, but it isn’t clear when they decided to call it quits.

The Material Girl, for her part, has been famously tight-lipped about her dalliance with the late Mr. Shakur and only confirmed in March 2015 that she and the rapper had been an item shortly before his death.

Madonna spoke about Tupac in the context of a controversial, unfiltered appearance at The Late Show with David Letterman in 1994. She’s seen uttering a whole range of expletives and partaking in provocative behavior to get a rise out of the audience and David Letterman himself. She told Howard Stern nearly thirty years later that she had chosen to be brash in the interview after being “riled up” by boyfriend Tupac, adding that she wanted to seem “gangster” on national television.

I was in a weird mood that day. I was dating Tupac Shakur at the time, and he had got me all riled up about life in general. So when I went on the show I was feeling very gangster.

Madonna on The Howard Stern Show

In July 2017, a letter Tupac wrote at the Clinton Correctional Facility was put on the auction block and sold for more than $170,000. The letter is dated January 15, 1995, and is addressed to his ex, Madonna, or “M,” as he would call her. Though portions of the letter have been censored, it still delves into the factors behind their break-up and Tupac’s innermost feelings about the Like A Virgin singer.

Tupac begins by saying that he’s “waited a long time” to write this letter because he struggled to find the right words to convey his emotions. Right off the bat, he apologizes to Madonna and says that he knows that he hasn’t been the “kind of friend I know I’m capable of being.”

Tupac proceeds to discuss their split, saying that it wouldn’t matter to the world if she, as a white woman, started dating a black man. She would only seem more “open and exciting.” But he had built his entire career out of representing the struggles of the Black community; he needed to stay true to his people and preserve his “image,” and continue exploring racial injustice through his sound. He didn’t think he’d able to do that capably if he saw Madonna on the side. The whole thing reads like a Romeo and Juliet story in which star-crossed lovers have been torn apart due to political tensions, not as a result of their own decisions.

For you to be seen with a black man wouldn’t in any way jeopardize your career. But for me, at least in my previous perception I felt due to my ‘image’ I would be letting down half of the people who made me what I thought I was.

Tupac Shakur to Madonna via TMZ

Tupac went on to say that he never meant to “hurt” her, though it’s unclear what he’s referring to. He does bring up an interview in which she allegedly talked about dating other “rappers and basketball players.” Tupac claims that he hadn’t known of these other love affairs, so upon finding out, he couldn’t help but “defend [his] heart and ego.”

Once again, it’s futile to decipher the context of this particular section, especially since several sentences in the letter have been redacted, but Tupac should be commended for expressing vulnerability without any reservations.

Tupac may have been regretful of certain things he said to Madonna during their break-up, but he acknowledges in the letter that he’s grown in the year since and chooses to look forward to a different but positive dynamic with Madonna: friendship. He said that he’s grown “spiritually and mentally” and no longer cares about how others perceive him as opposed to the “young man with limited experience with an extremely famous sex symbol..”

He concludes the letter by offering his wholehearted friendship to her, “this time much stronger and focused.” The last bit of the letter gets a little cryptic and foreboding. He says that he felt “compelled” to tell Madonna about his feelings “in case anything happened 2 [me].” He also tells her to be careful, saying that “everyone is not as honorable as they seem.”

Tupac went to marry his longtime girlfriend Keisha Morris shortly after writing the letter to Madonna. Though Tupac and Madonna weren’t meant to be, we shouldn’t forget that their split was in part triggered by the racial politics of the time. Had they been part of a world that was more tolerant, nonjudgmental, and accepting of their differences, they could have felt more empowered to give their relationship a serious go.

Tupac, in particular, felt like he had to do right by his community and couldn’t risk damaging his reputation to woo a White woman. These vicious, limiting customs in our society only hold us back from achieving true fulfillment in life. We should feel free to pursue whoever we want, fall in love with anyone we’d please, and still be able to feel confident in our ethnicity or cultural background. That’s not to say that these racial differences won’t lead to awkward situations or that it’ll be smooth sailing if you choose to ignore them. Just that love shouldn’t be dictated by the color of our skin or where we’re from — it should stand on its own merit, free from prejudice, scrutiny, and racism.

Service Dog Stays at Hospital With His Owner 24/7 — While Nobody Else Was Allowed to Stay
All the Things I Didn’t Tell the Men I Dated Because I Was Afraid
He Was Fatally Beaten by Memphis Police — Now People Around the World Are Sharing #SunsetsForTyre in His Honor
Podcast: What to know about “novelty hunting.”
Femcels: Inside the enigmatic subculture of involuntary celibate women