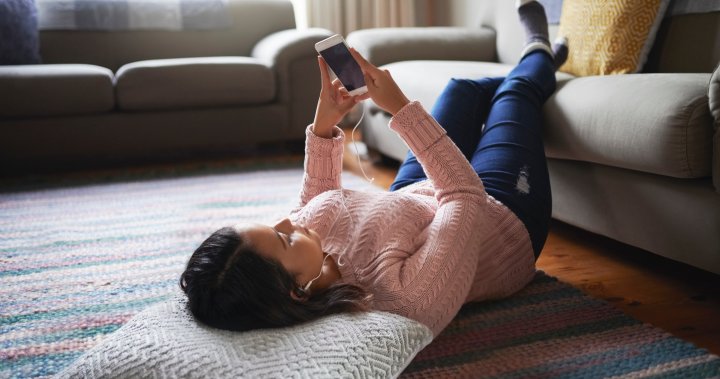 Although the pace of the world has slowed down due to the COVID-19 pandemic, our quick and constant on-the-go mentality has persisted — some experts say creating a “shame complex” when we decide to be lazy.

Laziness is often tied to a negative connotation, linked to a lack of motivation or productivity. But some argue laziness can act as a form of self-care.

“And the act of ‘not doing’ isn’t really celebrated, even though it’s restorative and it builds self-awareness,” she adds.

Experts say we need to give ourselves permission to be lazy because oftentimes it’s our bodies telling us we need a break.

“It’s about being present, setting boundaries for yourself and taking the time to rest.”

5:30
Coronavirus: How to beat a pandemic burnout

Though it might be counterintuitive, Mandich says if we allow ourselves to be lazy when those feelings arise, it can lead to better physical and mental health in the long run.

Additionally, when our minds are idle in times of laziness, we start focusing on long-term goals and creative ideas, according to a 2012 study published in Consciousness and Cognition.

“People might have these ‘aha’ lightbulb moments because we’re giving our brains the opportunity to sit and relax a little bit,” says Mandich.

Read more:
The psychology behind why some people are always late

Social psychologist and author of Laziness Does Not Exist, Devon Price, says during the pandemic, the boundaries between our work and home lives have eroded.

“And so people cognitively do this thing …  where we think ‘I could spend any hour of the day working, so I’m going to feel bad for any hour that I don’t (work),” they said.

In Price’s book released earlier this year, they discuss “The Laziness Lie,” which consists of three parts.

The first is that people’s worth is based on their productivity.

Read more:
Burnout: Here’s how to recognize the symptoms

“The second is that you can’t trust any needs or limitations that you have. So if you’re feeling tired, you’re supposed to just drink more coffee … and be mad at yourself for being tired,” they said.

Lastly, there’s always more that you could be doing.

“Grind culture and hustle culture have become such a pervasive thing,” they said. “There’s just a never-ending list of ways that we’re made to feel like we are coming up short.”

Price themselves used to be an overachiever, graduating from both college and graduate school early, when they were 25.

After being diagnosed with severe anemia and heart complications from overexertion, they were forced to look at the darker side of productivity culture, working as little as they could and focusing on resting instead.

“We understate how bad burnout is,” they said.

“The term makes it sound like you’re just tired of working when it’s really almost like a trauma response and a really severe, depressive episode.”

Read more:
Alone and Apart: I miss the smell of other people

Price says people tend to feel annoyed or resentful towards themselves when they feel lazy, but having self-deprecating thoughts for wanting rest should be seen as a warning signal that something isn’t right.

“It’s really hard to unlearn that guilt,” they add.

Price reminds themselves that it’s OK to disappoint people from time to time and encourages people to practice saying “no.”

“At first you’re going to feel really bad because we’re conditioned to feel bad about it and avoid disappointing people … and then getting tolerant of that distress you’re feeling slowly gets easier,” they said.

Read more:
Alone and Apart: Canadians are feeling lonelier than ever

Price recommends scheduling time with yourself on your work calendar, especially if you know you’re going to have an exhausting meeting and will need a break afterward.

We should also be aware of the intent behind our laziness, Mandich adds.

“When we’re intentional about what we’re doing, it … allows us to savour the experience more,” she says.

“And savouring is highly correlated with happiness.”

Price also recommends identifying what activities bring you the most joy and make you feel most alive.

“And then look at how you actually spend your time and see where the disjoint is: what can you say ‘no’ to doing and what areas can lend to disappointment?” they say.

“And then cut those things out … We all have to find things that we can let go (of) because we’re just being asked to do too much.”

We need to recognize that though we always feel the urge to do more, we are already doing enough, Price adds.

The Walt Disney Company to mark 100th anniversary with new experiences
How to Make Things Better When It Seems Like Everything Is Going Wrong
Parents issue warning after teen dies from inhaling aerosol deodorant
Uber Driver Donates a Kidney to His Passenger – Here’s Why He Insists It’s Not a Coincidence
Sweet Revenge: Woman Wins Lottery Jackpot After Husband Leaves Her for Best Friend