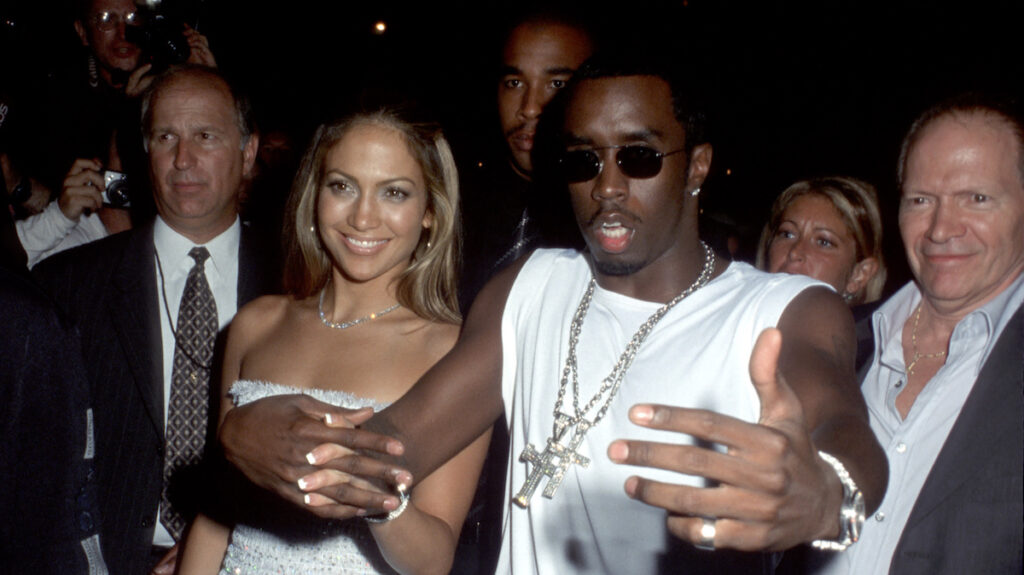 Jennifer Lopez’s love life may seem like it’s all the rage these days, but in reality, it’s dominated the zeitgeist for well over twenty years.

Long before Ben Affleck, A-Rod, or Marc Anthony was another A-list megastar who stole her heart and promised her a happily-ever-after: P. Diddy. They hadn’t been an item for too long, but their year-long romance attracted more media attention than what most celebrities receive in their entire lives.

J-Lo became acquainted with Diddy while working with him for her debut album On the 6. She had been a wide-eyed ingenue, whereas he’d been one of the most prominent, sought-after music producers in the scene. Yet they immediately clicked. They were one of the buzzworthy couples through the turn of the century and grabbed headlines nearly every day, whether it was for their fashion style, their musical collaborations, or their steamy PDA moments.

So what occurred between the two of them that destroyed their connection in one fell swoop?

They had a “tumultuous relationship” involving infidelities, outbursts, and an arrest

Looking back, P.Diddy and J-Lo’s relationship had been ill-advised from the very beginning. Diddy had been on and off with Kim Porter when he crossed paths with Jennifer on his music video for Been Around The World in 1997. He explained years later that he decided to “test the waters” with Jennifer in part to make Kim jealous so that she would come running back to him. In fact, he used to call Kim “fifty, sixty times a day,” while still seeing Jennifer.

Kim wouldn’t respond to his pleas, so Diddy and J-Lo had to reckon with a volatile relationship that inspired no commitment or maturity in either party. Jennifer said she spent the majority of her time with Diddy, “totally crying, crazy and going nuts, and it really took [her] life in a whole tailspin.”

Jennifer also couldn’t endure his alleged infidelities. As a high-profile music mogul in the 90s, Diddy had a reputation of being a ladies’ man. He worked hard and partied harder, sometimes at the same time. The producer, also known as Puff Daddy, went to nightclubs daily to socialize with other artists and fans and often didn’t come home until the next day. His irresponsible, reckless behavior sparked suspicion in Jennifer, and she had a feeling that he was cheating on her. “I never caught him, but I just knew,” she told The Vibe in 2003. Jennifer even recalled how she used to rummage through hotel rooms searching for him.

It all came to a head when Diddy and Jennifer were arrested in December 1999 in connection with a triple shooting outside a Manhattan nightclub. Law enforcement charged them with criminal possession of a weapon and stolen property. Jennifer was released shortly after; the cops had determined she had nothing to do with the crime scene. Diddy’s charges were not dropped, and he went on to stand trial for bribery and gun possession, though he did get acquitted at the end.

It wasn’t the straw that broke the camel’s back, but the arrest and the subsequent trial did weigh down on the couple’s relationship significantly. Diddy told an outlet at the time, “It’s a rough year, and I just want her to be happy,” The Jenny from the Block artist echoed his sentiment and reaffirmed that the trial was “extremely painful and draining.”

The Puffy era was just kind of a crazy, heightened time in my life […] He had been in the music business and had all this success; I was just starting and making my first album when I met him…We had this kind of crazy, tumultuous relationship that ended in a bang.

Jennifer Lopez on CBS This Morning

They might have been incompatible, but Diddy’s presence was “necessary” in her life

The arrest did put a strain on their rapport, but Jennifer maintains that it wasn’t what caused the demise of their relationship. Ultimately, they were very different people on very different pages. Compatibility had been an issue from the get-go, but it became far more apparent when they had to deal with the pressures of being in the public eye and going through the hardship of a Diddy’s arrest.

Our relationship was so in the press that people didn’t really take it as a serious relationship […] It didn’t work out. For me, it was a little more gradual. It wasn’t right for me.

As much she loved Diddy, the Bronx singer couldn’t overcome their disparate lifestyles. Puffy was the type of person to head to the clubs at every opportunity, whereas she preferred to kick back and relax at home. She couldn’t envision a future where he could be a dependable father to their hypothetical children: “I had to think, do I want to be home with kids in 10 years wondering where somebody is at three in the morning?” she said in 2003.

Reflecting on her time with Diddy in recent years, Jennifer said they “were kids” and weren’t prepared to take their relationship to the next level. Diddy had been more of a mentor to her than a beau, and she has learned over the years to appreciate the influential role he played in her career. He introduced her to the nuances of the music industry and helped her develop her sound and image — shaping the incredible, iconic artist she is today.

It was necessary. He was meant to be at that moment to teach me what I needed to know about the music business, about what kind of artist I wanted to be in the music industry.

Jennifer Lopez to CBS This Morning

Perhaps some people are better suited to be co-workers and friends than lovers. It’s exactly how it worked out with Jennifer and Puffy following their breakup in 2001. In 2016, Diddy said, “Me and Jennifer, we gotta, people gonna be friends, man. People gonna grow, and, you know, any of my exes, they smile and they’re happy to see me.” They’ve given shoutouts to each other at concerts, hung out at parties together, and even danced together on Instagram Live during lockdown — the friendship carries on.

Everyone plays a part in your life, whether you like it or not

Diddy and J-Lo’s brief but explosive relationship tells us that everyone is “meant to be” in your life for one reason or the other. Sometimes you get along well with them, and you genuinely cherish spending time with them. Sometimes they’ll come into your life expecting to play one role but end up activating something completely unexpected. Jennifer never thought she’d gain such an ally in the music industry in the form of Diddy; she’d only seen him as a chaotic ex-boyfriend without knowing that he served a much deeper purpose.

But when you switch perspective and examine the full extent of a person’s influence in your life, you gain a broader understanding of their character. Even the people we despise push us into realizing our emotions and improving ourselves. So, a good rule of thumb is to assume everyone in your life plays a part of some sort. Then, it’ll be up to you to approach them with a positive outlook or not.

Haute couture goes ‘surreal’ and upside-down at Paris fashion show
Uber Driver Donates a Kidney to His Passenger – Here’s Why He Insists It’s Not a Coincidence
How to Make Things Better When It Seems Like Everything Is Going Wrong
7 Ways Childhood Trauma Shows Up in Your Romantic Relationships
Sweet Revenge: Woman Wins Lottery Jackpot After Husband Leaves Her for Best Friend