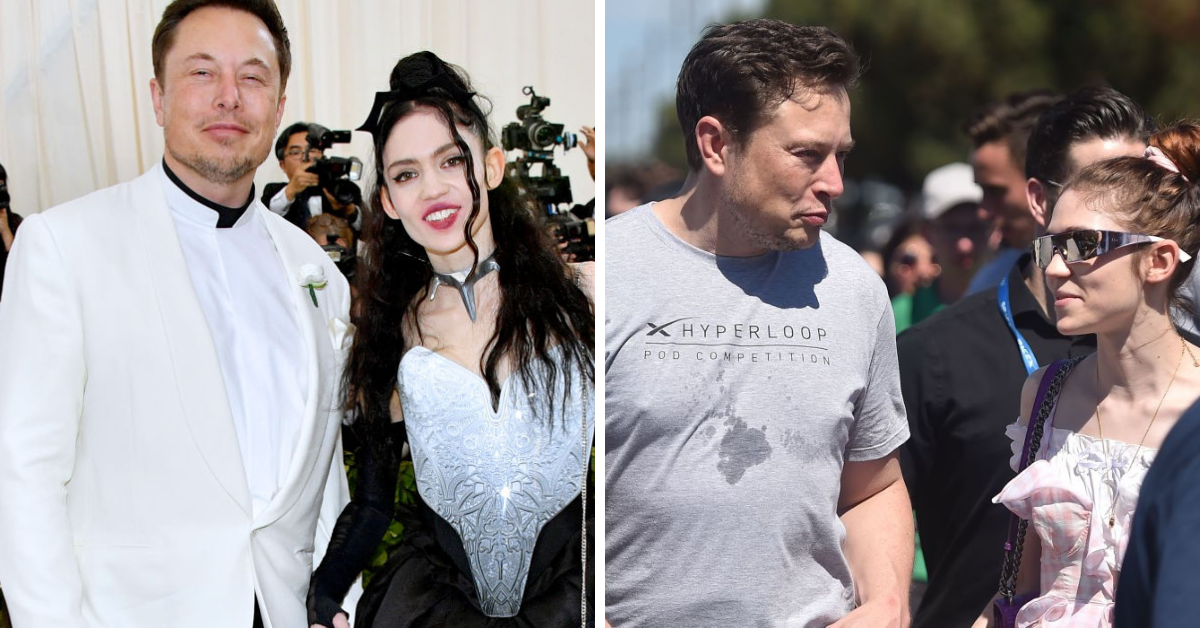 Finding true love is all about finding the person who just gets you, and that means accepting you unconditionally, oddities and all. Your person not only loves you in spite of those quirks, but also because of them.

Billionaire Elon Musk found that sort of unconditional love with his partner Claire Boucher, who is known as Grimes, but also as “c,” which is her initial and also stands for the symbol for the speed of light.

Musk isn’t afraid to have fun with life, whether that’s through parenting his child with Grimes, “X”, or their relationship as a couple. Musk even tweeted a picture with a tattoo filter on his son’s face. “Never too young for some ink!” he commented.

Because he is so unusual, Musk was so grateful to find a partner who not only appreciated his quirks, but also had some of her own.

“She’s pretty special, that’s for sure,” Musk said in an interview with Irish Times. “She’s one of the most unusual people I’ve ever met.”

Both of these partners have romantic histories, of course, but they have found the perfect match with each other.

Embracing each other’s brand of weird

Grimes and Musk went public with their romance in New York in 2018 at the Met Gala, which had a Catholic theme. “She was wearing a headpiece made of Vantablack, the blackest black that anything could be,” he said.

Musk may be into technology and science, but he also is a romantic. He once was quoted in a Rolling Stone cover story, “If I’m not in love, if I’m not with a long-term companion, I cannot be happy.”

He said at the time he needs to have a soulmate because he hated “being in a big empty house, and the footsteps echoing through the hallway, no one there – and no one on the pillow next to you.”

Grimes has been that person for him, and despite each having their own unique preferences and strong personalities, they have some big things in common – namely, Canada! Grimes was raised there, and Musk emigrated there from South Africa at 17.

Ultimately, they are two famous people with tons of sometimes unconventional ideas about the world and life, and they somehow found each other. At the end of the day, everyone’s perfect other half is out there, so you should never give up looking for yours.

And if you’ve already met your match, let Musk and Grimes’ relationship serve as a reminder to feel and show your appreciation.

It Takes One Person To Make You Feel Like You Matter | Kyle Scheele Inspirational Speech | Goalcast
Deliveryman Arrives to Pick Up an Order From a Bakery – Breaks Down When He Finds Out Why His Own Name Is on the Package
This Is How You Become the Best Version of Yourself in One Step | James Lawrence | Goalcast
‘Gen Z yellow’: Next ‘it’ colour or marketing ploy?
Slow mornings lead to deliberate days