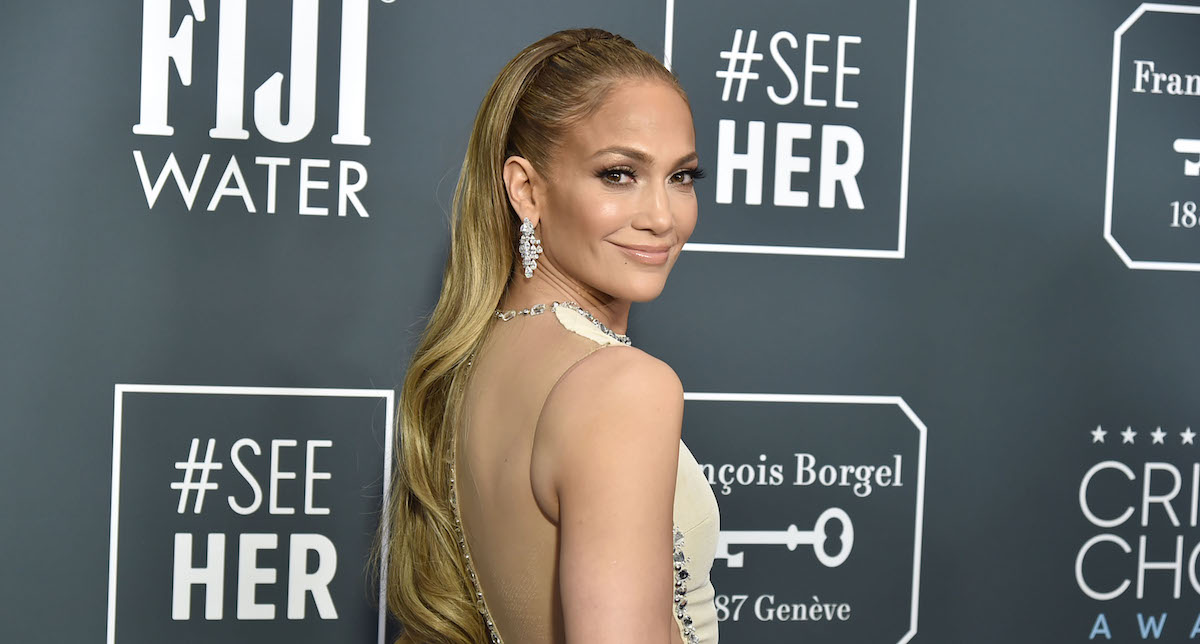 It doesn’t get more Hollywood than Jennifer Lopez. Miss “Jenny From The Block” has been stealing hearts for nearly twenty-five years now, and she’s not stopping anytime soon. While the press continues to be taken by her personal life, they often fail to neglect the hardships she’s faced behind the scenes. Her life, as it stands, is portrayed as the epitome of Tinseltown glamour and fame, so why would this starlet ever have anything to worry about?

The fifty-one-year-old triple-threat is happily engaged to former athlete Alex Rodriquez at the moment but the whole world can attest to the fact she’s had some rocky times with finding love.

Her ten-year-marriage with Marc Anthony has often been swept aside by many as just other typical Hollywood split. Not to mention there was a whole other party that criticized Jennifer Lopez for not being able to keep yet another man in her life.

But most miss the point that J-Lo tried her hardest to keep the marriage alive, even as the issues became more and more glaring as time went on. Jennifer’s decision to finally go through with the split doesn’t only speak to the resilience she’s always shown in her personal and professional life but it also underscores how hard it is to admit that a relationship has failed, whether you’re a celebrity or not. There are indeed many lessons we can derive from this broken Hollywood relationship.

Jennifer and Marc had initially met in 1998 when Marc had hinted that he would one day go on to marry the performer. But things didn’t get serious until Jennifer and Ben Affleck broke up for good in January 2004.

Jennifer went on to marry Marc that same year. At first, the relationship had been “passionate” as “explosive,” described by J-Lo herself, in the way most of her relationships tended to be. But she also couldn’t deny that her whirlwind courtship with Marc had perhaps been a rebound after a “heartbreaking” break-up with Ben Affleck. She said in her book True Love:

Marc came back into my life three days after I should have been at the altar saying ‘I do’ to another man. Thinking back, maybe deep down I knew that this was a Band-Aid on the cut, that my wound hadn’t been stitched or healed. But I pushed all that to the back of my mind.

Jennifer told herself at the time that life has enough twists and turns, so perhaps her decision to marry Marc would pay off in the long term. But the little voice in her heart had been right — despite the passions of their relationship and the fact that they became parents to a set of twins in 2008, Jennifer and Marc weren’t meant to be. Relationships that form as rebounds very rarely succeed until they are able to stand and work on their own terms. Nevertheless, Jennifer was committed to Marc and she was resolute in her belief that she and Marc would make it work as a married couple and a family. She said:

When I married Marc, having already been through the disappointment of two divorces and a broken engagement, I wanted so much for our marriage to be “it.”

Divorce was “not an option” in Jennifer’s family when she was growing up; therefore, she never considered that divorce could be a viable option for her and Marc. Especially since they had two kids to raise and Jennifer wanted them to be raised under a traditional family structure.

But both Jennifer and Marc realized in their seventh year of marriage that things weren’t right. In fact, things weren’t right for a while. At a time when Jennifer’s professional life was soaring, complete with number-one singles, a judging gig on American Idol, People magazine covers, Marc decided to sit her down and tell her the three words that effectively changed her life.

In the midst of all this excitement and outpouring of appreciation and love, the bubble was burst with three simple words: ‘I’m not happy.’ Marc was in the middle of venting to me about things between us that had been bothering him, and I was sitting there trying to figure out where he was going with it.

Marc’s admission caused Jennifer to break down completely. Not only because Marc was basically asking Jennifer to consider divorce but because Jennifer herself just figured out the extent to which the relationship had deteriorated. Moreover, she asked herself what had gone wrong, because, in her view, she had tried so hard to please her husband, her family, her kids, her friends, everyone in her life. Her continual efforts at making Marc happy brought no results and he wanted out despite everything.

That’s when a “lightbulb” switched on in her head and she realized it was of no use trying to repress her own feelings.

What sense did it make to keep suppressing my own feelings of what was missing in the relationship? “How long did I need to keep trying to make someone happy who was telling me flat-out that he wasn’t? My own happiness and sense of self-worth still depended on how happy he was. So, when Marc stated so clearly that he wasn’t happy, it broke me down completely.

The reason why Marc wanted to end the marriage isn’t totally clear but rumours of his infidelity have surfaced in the years since. Jennifer herself admitted that some of those rumours may have been true because she discussed why it was hard finding “forgiveness” following the breakdown of the relationship. She said:

When my marriage ended, it was not easy to find forgiveness. It wasn’t the dream that I had hoped for, and it would have been easier to fan the flames of resentment, disappointment and anger. But Marc is the father of my children, and that’s never going away.

J-Lo said that being able to make co-parenting work with Marc was one of the hardest things she’s ever had to do. Jennifer also said that she’s grown up in a household and a community where it was seen as right for children to be raised together by both a mother and a father; the idea of single parenthood scared Jennifer and it also introduced her to the idea that she would not be together with the father of her children. Therefore, she tried everything in her power to “fix” the relationship but nothing worked at the end of the day.

Continually trying and putting the marriage before her own needs sent deeper and deeper into a well of anxiety and shame. But at the end of the day, the divorce revealed some truths for her.

So she and Marc worked out their differences and became co-parents to their twins. They are still good friends to this date and have even worked on a Spanish album together. As for Jennifer Lopez, she’s done with grand features, expensive gifts, and passionate connections.

Keep the diamond rings, the Bentleys, the doves, the trips to Europe … Keep all of it! I can buy all of those things myself. Give me your time, your honesty, your respect, kindness, patience, fidelity. Give me comfort when things are tough.

Prioritize your happiness before it’s too late

One of the key things Jennifer learned from the whole ordeal is that she hardly took the time to satisfy her own needs or wishes. She was so bothered with what was traditional, what was right, what a mother should do, that she failed to consider whether the marriage was truly making her happy. Deep inside her heart, she knew. She knew that the marriage was falling apart and that she needed to act on it but she was too scared about what everyone else would say. So she just let it eat away at her until it was too late and Marc had to be the one to break it to her.

The fact of the matter is that your happiness is oftentimes directly within your control. Jennifer had everything in the world but a happy marriage. At any point, she could have taken the steps to end the marriage and move towards her happy ending just a little earlier, but she waited and waited until she couldn’t anymore. Don’t let those decisions push you to your breaking point — consider what’s working and take those measures right away. The longer you’re quiet, the easier it becomes for the relationship to descend into anger, frustration, madness, and just pure resentment. As J-Lo herself said, self-love is what gives life its meaning.

What was loving yourself, anyway? Nobody teaches us what that means, but now I’ve discovered that it’s the key to life — because it’s the key to loving someone else and allowing others to love you.

Year of the Rabbit: Canada’s animal shelters urge not to adopt bunnies on a whim
Food inflation: Shoppers turn to saving hacks long used by older Canadians
Slow mornings lead to deliberate days
Pizza Hut Deliveryman Has Worked the Same Job for 31 Years – So His Customers Tip Him With a Brand New Car
Detroit Couple Turn Vacant Lots to Bee Farms – Including the Childhood Home of One Legendary Rap Superstar