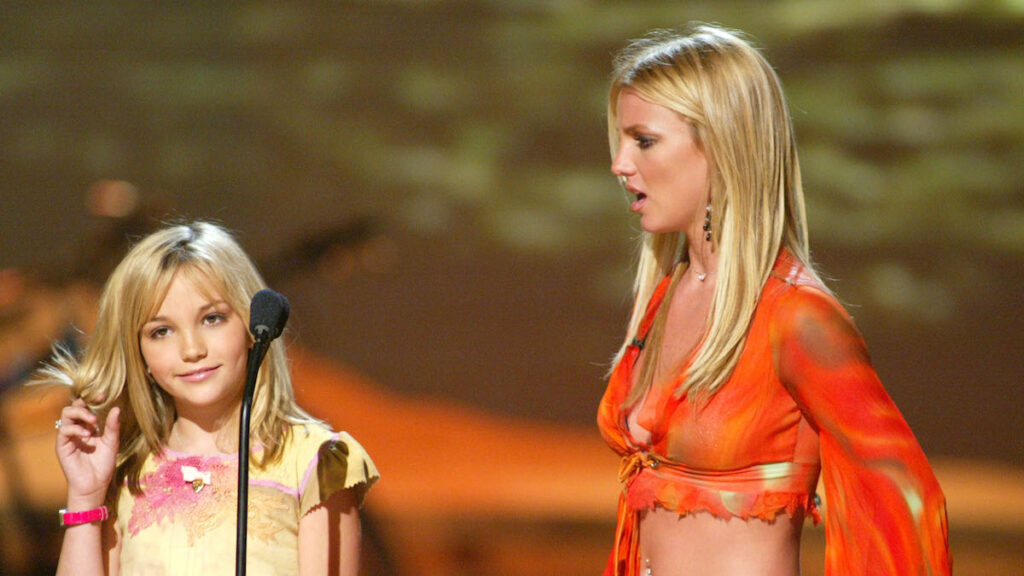 The entire world is reexamining its treatment of Britney Spears.

The documentary Framing Britney Spears has forced us to collectively reckon with how we’ve regarded Britney over the last 15 years. Mistakes have been exposed, apologies have been issued, and realizations are continuing to occur. In a way, the documentary encapsulates everything that is poisonous about mainstream media. It’s vicious, it’s relentless, and it doesn’t care about showing a semblance of respect to the parties involved.

While much has been and will continue to be said about Britney’s conservatorship, we can’t overlook her younger sister Jamie Lynn. She’s been Britney’s rock through the whole ordeal and doesn’t get enough credit for how she herself had to endure the media’s hostility during a very vulnerable period in her life.

The two sisters can be as different as chalk and cheese, but they’ve always stood by each other when the need arises. So let’s take a look at Jamie Lynn Spears and how she’s had to grow up under extremely toxic circumstances.

Jamie endeared herself to the public through a hit Nickelodeon show

Jamie Lynn was born to James and Lynne Spears on April 4, 1991, in McComb, Mississippi, making her nearly ten years younger than her big sister. Due to a rather large age difference, Jamie was only a child when Britney achieved global fame with her hit single, ‘Baby One More Time.’ The entire Spears family was thrust into the spotlight overnight and had to adapt to living in the public eye — with a bonafide superstar in their midst.

Jamie’s first acting role was a small cameo role in the 2002 film Crossroads, where she played a younger version of Britney, who starred in the film. She followed up the cameo with a two-year stint in the Nickelodeon sketch comedy show All That, where she played a variety of roles as well as herself on occasion.

But her biggest claim to fame was undoubtedly Zoey 101. Those who watched Nickelodeon in the mid-2000s would without question recognize her as Zoey Brooks, the sweet and confident teenager who attended a stunning, out-of-the-world boarding school by the beach.

It’s likely true that Jamie may have leveraged Britney’s celebrity to land herself minor acting roles up early on, but Zoey 101 was Jamie’s statement to the world that she was a stand-out performer in her own right. That she could inspire, excite, and entertain just as well as Britney. But there was no competition between the two siblings — Britney and Jamie co-wrote and sang the theme song of the show, ‘Follow Me.’

When speaking about her time on Nickelodeon and being Britney Spears’s younger sister, Jamie said that she might have chosen acting as a way to differentiate herself from her sister. Like many other teen performers, Jamie didn’t know how to process her growing stardom, even though she’d seen her sister go through the wringer over it.

Yet, Jamie tried her best to be appreciative to the fans and the press, that is, before a shocking announcement threw her career off course for once and for all.

She shocked the world with her pregnancy announcement at 16

Jamie incited a lot of controversy in the entertainment industry when she announced that she was pregnant with her first child at just 16. Jamie and her then-boyfriend Casey Aldridge confirmed the details in an interview with OK! Magazine on December 20, 2007. They became engaged in March 2008 and welcomed their daughter Maddie on June 19, 2008.

Jamie recently claimed that she had already wrapped the last season of Zoey 101 by the time she had become pregnant. But there was hesitation on the network’s part on releasing the unaired episodes. As one can imagine, Nickelodeon had to do a lot of damage control to tackle viewer complaints. All of a sudden, people just couldn’t believe how a “good girl” persona could go off the tracks and have a baby at such a young age. Jamie said that she was already in distress over dealing with her parents and Casey, so the media storm only exacerbated the situation and worsened her mental wellbeing.

I was judged for something that probably most everyone does. I was young. I was in love. I was like every other teenager, except I had this last name. And I made a decision that is forever my decision.

Jamie said that she didn’t want her young age to be a detriment to motherhood, so she put her full attention to raising Maddie. Jamie and Casey separated in March 2009, at which Jamie moved yet again, this time to Nashville, Tennessee. This is where her love for country music blossomed. Jamie went on to learn more about songwriting and singing and even released her debut country album, The Journey,  in May 2014.

Living in Nashville, Jamie met businessman Jamie Watson, who she went on to marry on March 14, 2014. The two had their baby girl, Ivey, on April 11, 2018. Looking back at her teenage pregnancy fiasco, Jamie maintains that she has no regrets. She’s also very grateful that she was able to move away and go into hiding, so to speak — a choice that wasn’t available to her older sister.

Seeing [Britney], I knew how far it could go. I’ve never wanted to be put under that kind of scrutiny. I just wanted to get away from it as much as I could, to just go away and be a mom and figure out what I wanted, and to earn a sense of respect back for myself.

Over the past year or so, a lot of misinformation, opinion, and judgment has been leveled at the Spears’ family with regard to Britney’s legal guardianship. Jamie has understandably been quiet about the whole situation, given the legal implications. But after the documentary aired, Jamie did post an Instagram story with the quote, “Everyone you meet is fighting a battle you know nothing about. Be kind. Always.”

She added her own commentary to the quote, writing, “Dear media, try not to repeat the mistakes of your past. Look where that got us. Do better.” It’s anyone’s guess as to what Jamie was referring to or which “mistakes” she is speaking about, but it’s a safe bet that she wants to be careful when discussing Britney’s career or health.

Looking back, people forget that both sisters were fighting very similar battles at the same time but under different circumstances. In many ways, Britney’s mental health crisis may have deflected attention from Jamie’s own teen pregnancy turmoil. Jamie learned that her sister was suffering from this overwhelming deluge of attention and criticism, and realizing that she couldn’t help her sister effectively at the time, she just moved away and approached motherhood with a clean slate.

What’s commendable is that the sisters are still very close and have posted numerous birthday tributes to one another on Instagram. Britney, whether intentionally or unintentionally, has always taught Jamie about the illusions of fame and how it can completely unravel a person from the seams. Yet, at the same time, Jamie has also done her best to carve her own path within the industry. Zoey 101 may be behind her, but her country ambitions are on the up and up.

Seeing the way [Britney] handled it so honestly, to me, that was so brave. She was open with me about it. She taught me to protect myself. And I think that I learned how to be strong, but also keep it honest, and it was 100% helpful in every single way.

Don’t let the regrets bring you down

The past is always the past, and it has a tendency to weigh down on us. Jamie Lynn Spears will always reflect on her teens with a sense of trauma and frustration, but she did the best she could, even though her family was falling apart and the press was feeding them to the dogs daily. But she knew that she had to act fast if she wanted her daughter to be safe and protected.

Media has been circling their family like vultures for well over 20 years now, so it only makes sense that Jamie would have had to toughen to survive their attacks. She looked up to her sister, and her sister definitely didn’t disappoint.