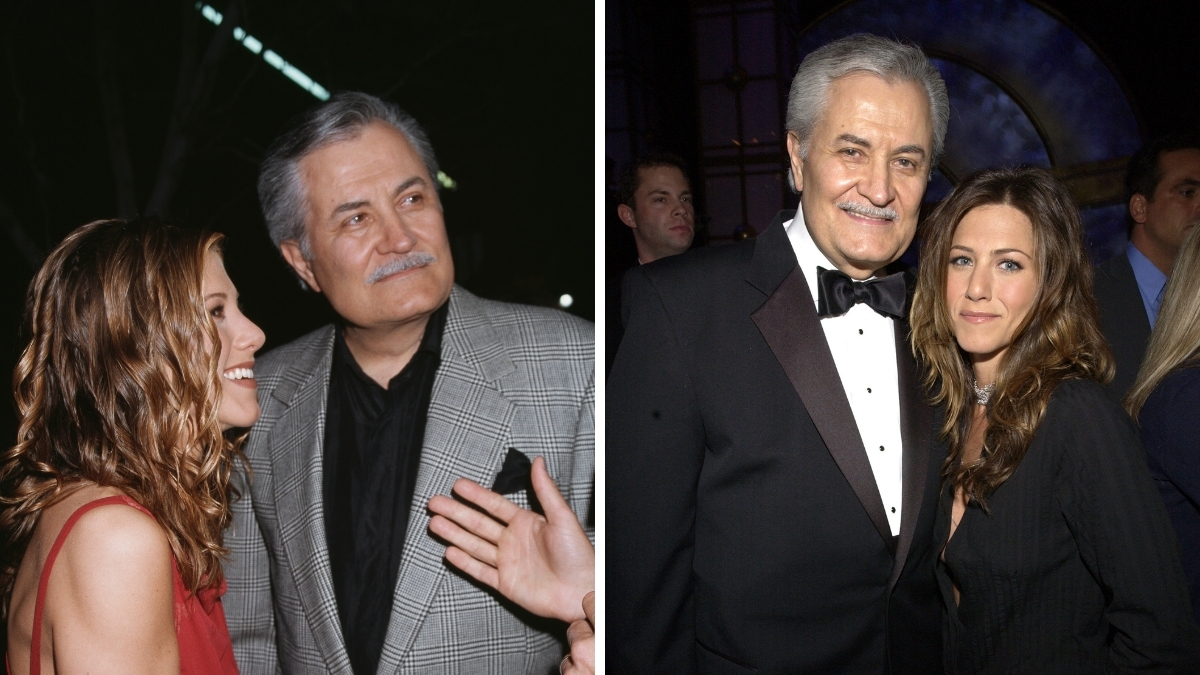 Jennifer Aniston is Hollywood royalty. Her career has spun three decades and she shot to fame playing the beloved Rachel Green in Friends. Over the 10 years that it was on the air it felt like Ross, Rachel, Monica, Joey, Phoebe, and Chandler were one big happy family. However, off-screen Aniston’s relationship with her actual family was a little bit more difficult.

In The Hollywood Reporter Jennifer opened up about the difficulty of living through her parents’ separation as a child. However, as she’s famously known for, she found a way to move past the toxicity of a disastrous divorce.

Repairing relationships with those who are closest to you can be incredibly difficult, especially your parents. Jennifer has already spoken quite honestly about her difficult relationship with both her mother, Nancy Dow. But it turns out that her bond with her father, John Aniston, was also challenged several times.

However, Jennifer told the Hollywood Reporter, “Human beings make mistakes. Human beings are not perfect. And by not forgiving someone, it’s not allowing human beings to evolve and become better people.”

It may be tough to forgive but Jennifer’s journey highlights that by working through hardships in her relationship with her dad, she’s been able to set herself free too.

Jennifer’s dad walked out when she was only 9

Jennifer’s parents were married for 11 years before her father left her mother. The Daily Mail reported that Aniston sought years of therapy to deal with her family history. John Aniston went on to marry famous actor Sherry Rooney and they had a son together.

Aniston told Rolling Stone that her father leaving the family was a surprise to her. “I went to a birthday party, and when I came back, she [her mum] said, ‘Your father’s not going to be around here for a little while.’”

She didn’t say he was gone forever. I don’t know if I blocked it, but I just remember sitting there, crying, not understanding that he was gone.

“I don’t know what I did later that night or the next day,” she continued. “I don’t remember anything other than it being odd that all of a sudden my father wasn’t there. And he was gone for a while.”

Aniston said that she didn’t see her dad again for a year and then “he just called one day and said, ‘Let’s go see The Fantastickes.’ So we had a little dinner and saw the show. After that, I started seeing him on weekends, and this new way of life just unfolded.”

Even after his comeback, Jennifer still deems her dad’s absence the most painful time of her life.

Jennifer’s dad was not present at her wedding

The Daily Mail reported that she didn’t speak to him for over a decade and he didn’t attend her wedding to Brad Pitt in 2000. She only reconciled her relationship with him after her mum died in 2016. A source told the publication, “They have gone through long periods where Jen didn’t talk to him. John’s a proud man but not emotional. He’s never understood how volatile Jen’s emotions have been.”

Dealing with toxic relationships can be incredibly difficult, especially when they involve your own family. However, it would seem that Jennifer moved past her difficulties with her dad for both him and herself. “Jen forgave her father for walking out a long time ago. But their relationship has had its ups and downs,” a source told the Daily Mail, “It’s like she has realized life is very short and she wants her relationship with John to be the best it can be. He’s thrilled that they have reconciled.”

While her relationship with her father was difficult as she grew up, Jennifer maintained contact with his side of the family. She spoke to the Hollywood Reporter about her paternal grandmother and visiting Athens and Crete for a year while she was growing up. “She was a Greek grandmother who just loved me more than anything and was so fun to be around,” she said, “She had the best stories, she made me laugh. Beautiful, funny, gorgeous, hysterical — all the Greeks, all of my Greek family, were.”

It’d seem Aniston got past her toxic relationship with her dad so as not to carry forward the negative energy that comes with holding a grudge and to build a relationship for the future. Over the festive period in 2019, she shared a throwback picture with her dad on Instagram and wrote, “Christmas with one of my creators. Then and now #TBT Love you, papa.”

She may have forgiven her father today, but Jennifer revealed that her parent’s separation has had lasting effects on her mindset. She told Rolling Stone:“I always found ways of entertaining myself. Men shouldn’t be your whole life. That’s what I took from my childhood — that I will never depend on a man as much as my mom depended on my father.”

I have a full life, he has a life of his own, and if we can merge, terrific. But a relationship isn’t going to make me survive. It’s the cherry on top. It wasn’t until I moved to California that I had my first real, mature relationship.

Your childhood scars don’t have to define you

In another interview with Sandra Bullock for Interview Magazine she explained that she’s always tried to exude “joy and positivity.”

So I guess I have my parents to thank. You can either be angry or be a martyr, or you can say, ‘You’ve got lemons? Let’s make lemonade.’

While young Jennifer may have been dealt a tough hand, her attitude towards her past trauma is a powerful lesson about healing. You are not your parents’ mistake or the scars they inflicted, either consciously or inadvertently. Jennifer’s willingness to forgive and lead a life on her own terms is proof of that.