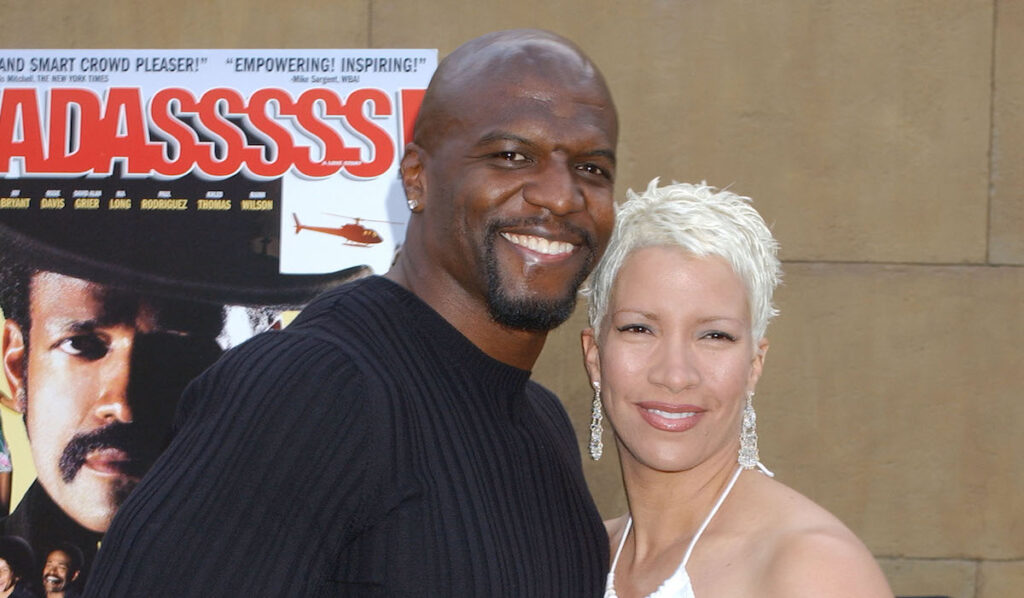 Terry Crews is known for having an overwhelmingly optimistic, larger-than-life personality that’s inspired millions of people across the globe. But it’s key to remember that he wasn’t born with such a spirited outlook on life; like most people, he underwent a gruelling journey of growth, self-development, and change to find such a perspective.

In recent years, Terry has been widely applauded for taking a stance for male survivors of sexual assault in light of his own harrowing experience with a Hollywood executive. As a result, he’s been very forthcoming about the necessity of rethinking gender norms and stereotypes that inhibit both men and women and how men can collectively do a better job of respecting and appreciating women.

As a self-proclaimed “male feminist,” Terry has set a new benchmark for men in terms of how they can reckon with the MeToo movement. It’s no surprise that people might be curious how Terry treats the own women in his life, namely his wife and his daughters. However, the answers to those questions are not as straightforward as you would think.

Therefore, it’s necessary to examine his relationship with his wife and how he has evolved as a husband over the years — and the terrifying diagnosis that changed everything for the Crews family.

Terry Crews and Rebecca King met at Western Michigan University, where Terry was playing football, and Rebecca studied music. Rebecca hails from Indiana and was voted Miss Gary, Indiana, shortly before starting her university studies. Terry had first spotted her playing piano in his church and decided that he would strike a friendship with her. The two were married on July 29, 1989, while they were in their early twenties. Their daughter Azriel was born the same year.

Speaking about dating Terry, Rebecca said sparks weren’t flying in full force early on; in fact, she nearly broke off the relationship and restricted him to the friend zone.

[Terry] almost got stuck in the friend zone. He was a little too nice.

Terry Crews agrees with Rebecca’s account that he had “no game” and was haplessly pursuing her without confidence. But, over time, he “earned [his] way in” and realized that treating her with respect and understanding was the best way into her heart. So he decided to take his time with it because he didn’t want to mess up their relationship. The pair have five children: Azriel, Naomi, Whynfrey, Tera, and their son Isaiah, and one grandchild, Miley.

Professionally, Rebecca has been an actor and singer. She often moonlights as a soul singer under the name “Regina Madre.” She also released a single within the gospel genre called “Can I Stay” and has also traveled the world as a professional motivational speaker.

Rebecca helped Terry through his darkest, most “rottenest” moments

This exchange changed Terry, and he decided right there and then that this was a major issue he had been avoiding. He had to own up to his mistakes and be the man his wife married. Due to his wife’s ultimatum, Terry was able to clean up, overcome his struggles, and be a better husband to his wife.

When someone knows you from good all the way to the rottenest, dirtiest part of you, and loves you anyway, that’s the rarity, that’s where you want to be.

When Terry went public about his sexual assault by exec Adam Venit, Rebecca supported him the whole way and commended his efforts to raise awareness about male survivors.

I have nothing but pride for my husband. This is a subject worth fighting over […] I got to see my husband fight for his rights in a town where he had to put up with a lot of stuff to work. It was a great moral victory.

Their world came “crumbling down” after Rebecca’s recent cancer diagnosis

In March 2020, Rebecca was diagnosed with stage 1 breast cancer. Terry remarked that he felt that their world was turned upside down following the diagnosis, but his wife’s strength and tenacity in the face of life-threatening devastation pushed the entire family to fight this bump in the road.

Our world kind of came crumbling down […] My wife is a warrior, and she said ‘hey, wait a minute, we’re going to fight, in fact, I’m going to get proactive, and we’re going to go in and take care of this right away.

Terry Crews on The Late Late Show with James Corden

Terry added that seeing his wife’s courage “blew [him] away. Rebecca underwent a double mastectomy two weeks after her diagnosis, and in the weeks and months since, Terry has been nothing but a fully involved caretaker. He’s handled the cooking, the cleaning, the grocery shopping, and essentially, the nursing duties required in the wake of Rebecca’s surgery.

It made me more thankful for what we have. The fact that basically the world stopped, but I got to be her nurse, which was incredible, no other time would I have been able to do that.

Terry Crews on The Late Late Show with James Corden

The fact that Terry Crews undertook traditionally feminine duties while his wife was indisposed speaks to how he’s evolved miles from where he used to be: secretive, deceitful, misogynistic. At the same time, he’s also learned what it takes to play a support act to his wife and put her needs before his own.

The most vulnerable situations show us our true form

Change takes place in all forms, and sometimes it takes terrifying, unthinkable situations for us to grow. Terry and Rebecca Crews needed their diagnosis in some way or the other to understand what they mean to each other, to appreciate their partnership, and to step up in their role in a new way, which Terry did swimmingly.

We’re all going to make some mistakes, and some mistakes aren’t going to be reparable in the least. All we can do is improve our outlook and make it our life’s mission to learn from those mistakes. We have to rise above those mistakes and be the people we really want to be. As long as you have the right people by your side, anything is possible.

The Single Greatest Mistake A Man Can Make | Jordan Peterson
The Choice We All Have , But Only a Few Apply It | Joe Dispenza
‘Gen Z yellow’: Next ‘it’ colour or marketing ploy?
How to Make Things Better When It Seems Like Everything Is Going Wrong
How to balance social expectations and your budget amid inflation: ‘It’s OK to say no’