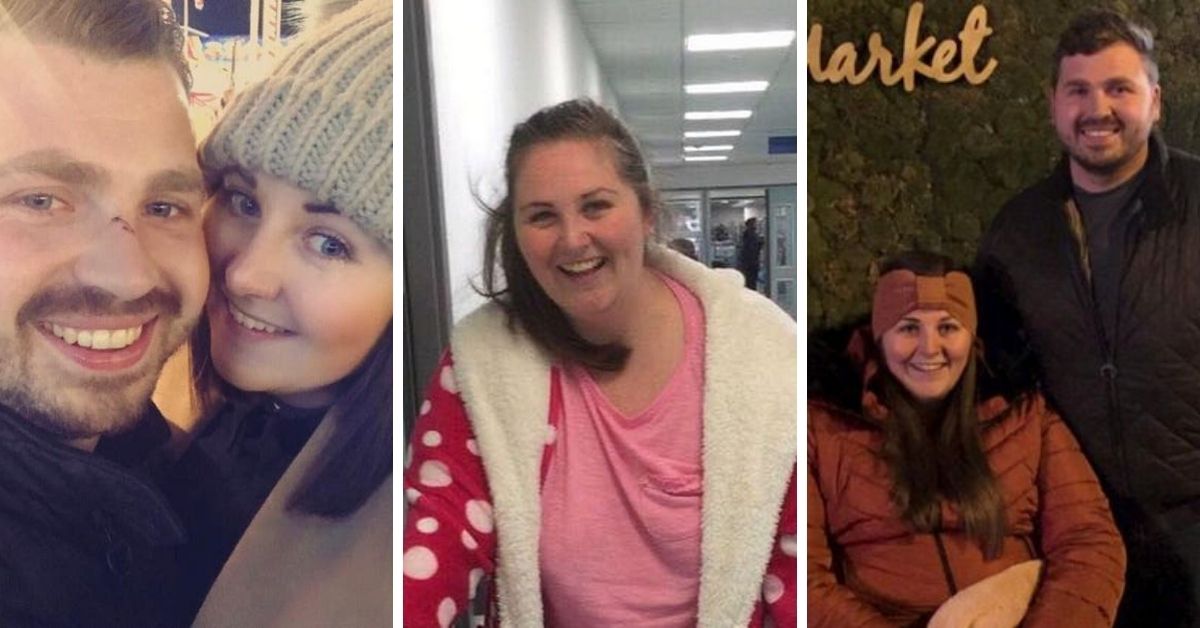 Nosebleeds are usually pretty common and nothing to seriously worry about – except when they are. For example, in Sophie Clayton’s case, her nosebleed led to memory loss.

Sophie Clayton had a pretty good life. She had just finished
school and already had a job lined up, and lived with her parents, who she was
close to.

Sophie even worked with her family. She was employed as a dispatcher at the same ambulance service station as her mother Julie. She worked long, hard hours but never complained. She loved her job, and knew her work was very important and meaningful.

In an instant, everything changed

One November day, Sophie was standing in the kitchen with her parents. She was about to leave for her nightshift and decided she’d stop and grab a bite to eat.

Up to then, everything was normal. But suddenly, her nose randomly started to bleed.

I don’t normally have nosebleeds. But I didn’t think it was really anything to worry about.

Her mother ran to get some tissues and told Sophie to tilt her head back, but the bleeding didn’t seem to stop.

In fact, it got worse. “It had been bleeding for about 20 minutes,” Sophie remembers. “And I was waiting in the kitchen with my mum for it to stop when blood suddenly started pouring out of my left eye.”

Her mother immediately took control of the situation

When the bleeding wouldn’t stop, “Mum sat me down on the
kitchen floor, and my left side went weak,” said Sophie. “She phoned for an
ambulance as she thought I’d had a stroke.” However, Sophie was only worrying
about being late for work.

I asked her for my phone. So I could ring work and let them know I wouldn’t be in.

But then, her memory failed her. “When I went to type in my pin to unlock the screen, I couldn’t remember the numbers,” said Sophie. “The ambulance arrived a few minutes later, and they asked me what the date was, and I couldn’t tell them.”

I couldn’t even remember my name. It was terrifying. The paramedics put her in the ambulance, and they hurried to the nearest hospital.

It took a while to find a diagnosis

“My mum said that when I arrived at the hospital, I was seen by lots of doctors and neurologists as they tried to rule out different things such as a stroke or brain hemorrhage. I was also put on anti-viral medication for five days to prevent an infection,” Sophie continued.

“My first memory of being in hospital is from the third day when a doctor told me I was about to have a lumbar puncture,” said Sophie.

Sophie looked around her with total confusion.

I couldn’t remember anything. I had no idea who anybody was, and I didn’t even know how old I was.

“I was in a room full of strangers, including myself, and it was absolutely terrifying,” said Sophie. In fact, she couldn’t even recognize her family.”Mum had been with me all the time, but I didn’t recognize her, and when my dad arrived, I didn’t know who he was.”

The doctors continued to search and finally discovered what happened to Sophie. It turns out she suffered from FND (Functional Neurological Disorder), which she may have had since she was born!

The nose bleed had put extra pressure on her brain, which is
what had caused this reaction.

This caused weakness on my left side and cleared all my memories… couldn’t remember small things like how to write, hold my knife and fork or even brush my hair.

She discovered she had a boyfriend

It was after she took a look at her text messages that discovered she had a boyfriend by the name of Jonathan Wilson.

“Jonathan was the last person I had texted, so I knew I had a boyfriend, but not who he was exactly,” said Sophie. “I just kept asking my mum if she’d told ‘that man’ what had happened.”

He had actually come to see her on her second day at the hospital, but Sophie had no memory of it at all.

“When he arrived at the ward and my mum introduced us,”
remembers Sophie. “I instantly cried because I was so desperate to remember
him, but I couldn’t.” It turns out, they had been dating seriously for a while.

Sophie couldn’t remember him, but deep down, she somehow knew they were in love. “Jonathan told me that he loved me, and I said that I loved him too, and then he held my hand while my dad explained everything the doctors had said,” Sophie continues.

“It was devastating learning what happened to Sophie,” Jonathan remembers. “I felt so helpless and was so nervous driving up to the hospital for the first time.”

When Sophie’s mum introduced me to Sophie, the realization really hit home.

He wasn’t going to give up on their love

However, Jonathan wasn’t prepared to give up. He decided that every day, he would remind Sophie of their love for each other. He took her down memory lane every day, reminding her of everything from how they met, to when they started dating.

One of our first dates was at the Bath Christmas market. Once I was out of the hospital, Jonathan took me back there.

“He took me to Kew Gardens, which is where he had asked me to be his girlfriend in December 2017,” Sophie continues. “He drove me around London to show me all the landmarks I had forgotten.”

In the beginning, I felt so self-conscious as I was different. But he always told me I was beautiful and that he loved me.

While Sophie couldn’t remember any of these memories, she greatly enjoyed re-creating them with him! “But I’ve loved him recreating them,” admits Sophie. “I soon found myself falling in love again.”

When they weren’t together, Jonathan would text her to keep
her spirits up. “He sends me pictures that pop up on his phone, and he will
explain where it was taken and what we had done,” said Sophie.

“He bought some cute little bottles with messages inside,” said Sophie. “They tell me the reasons why he loves me. I open them whenever I am down, and they make me smile.”

She is still fighting to remember her life

Now, six months later, Sophie is still piecing her life back together. “The doctors can’t say if my memory will ever come back, or even whether this could all happen again,” Sophie reveals.

“I go to West Park Hospital in Epsom four times a week,”
said Sophie. “For occupational therapy and physiotherapy to help me walk
again.”

“It’s been hard being in a wheelchair,” said Sophie. “And I
dream of walking, maybe even running again. But most importantly, I want to be
able to go back to work.”

But she’s improving every day. And with all the love and
support she’s received, the future looks very, very bright. And her love
Jonathan is a big part of that.

“Just the other day, he took me to see the beach for the
‘first’ time,” said Sophie. “It was amazing.”

I’m falling back in love with Jonathan all over again, which is so lovely.

His devotion keeps her strong and hopeful

While it’s still hard to say what the future holds for Sophie’s health, Jonathan’s unwavering support helps her cope with the uncertainty of her condition and focus on the brighter side.

“Initially, I felt shocked, confused, and sad to have lost
26 years of memories,” she said. “But now I’m focusing on making new ones.”

“Rather than worrying about the potential for this to happen again, I am getting on with living my life,” Sophie explained. She and Jonathan are cozied-up at home together during this quarantine period.

“I am just grateful to have Sophie,” said Jonathan. “Grateful that she still has her personality and smile.”

Jonathan’s efforts were not in vain. Thanks to him, Sophie has regained a sense of normalcy and has gained back her life

‘Gen Z yellow’: Next ‘it’ colour or marketing ploy?
This Is How You Become the Best Version of Yourself in One Step | James Lawrence | Goalcast
This Is What Self-Care Really Means, Because It’s Not All Salt Baths And Chocolate Cake
How to Un-Stub Your Toe on the Nail of Life | Eric Bailey Motivational Speech | Goalcast
Struggling Single Mom Is Summoned to Courtroom – Judge Issues Her a $350 Fine but Then Changes His Mind