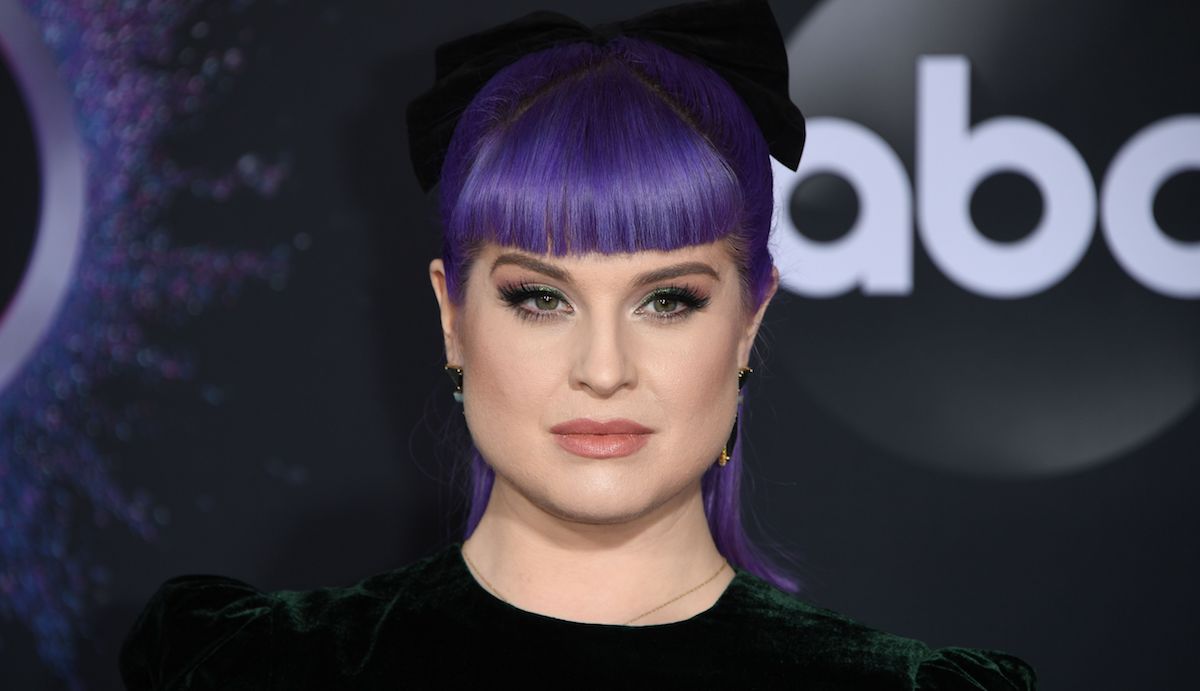 It’s hardly new information that being cheated on is a profound betrayal which can be extremely hurtful to the person on the receiving end. But while pain and heartbreak are universal, our experience of this world depends not only on what happens to us, but on how we choose to react. Kelly Osbourne has something to teach us in this regard.

For instance, how many times have you seen characters on TV, or in real life, where the woman who’s been cheated on directs her anger at the ‘other woman’ instead of at her partner—this, even in cases where the ‘other woman’ didn’t know the guy in question was lying when he said he was single. The quickness with which many people demonize the woman while grudgingly but eventually forgiving the man is a common scenario, but unfortunately it doesn’t do anyone any favours.

Known in part for her appearances on The Osbournes with her famous family, and her trademark purple hair, Kelly grew up traveling with her dad, Ozzy himself, when he toured. Maybe her early worldliness is the reason she didn’t immediately blame the outside factor when her fiancé Luke Worrall cheated on her.

When Kelly found out, she lost it

It was 2011. Kelly, 26 at the time, dumped her fiancé, 21-year-old model Luke Worrall when she found out he was having a secret affair with a woman named Elle Schneider, 21, also a model. Elle has described how she was approached by Luke at an NYC club, where he communicated that he was single. The two exchanged numbers and spent the night together in her hotel room.

After their night together, Luke and Elle lost touch. But a few months later, after regular video chats, the pair got together again for a few days in London. It was around tis time that Kelly discovered his messages to Elle.

Heartbroken, she took to Twitter, writing, “Luke Worrall is the biggest piece of s**t,” and “He is the worst thing that ever happened to me…I have never felt heartbreak like this in my life. I only came home for Xmas to see him meanwhile he has been f*****g hundreds of girls as well as men behind my back.” Fair enough, Kelly. Fair enough.

Elle too, had been lied to, and therefore also had a reaction. “From the moment I met him, he was telling me he loved me and he wanted us to get married,” she said. “But now I realize it was all lies. At the same time as he was professing his love to me, he was doing the same to Kelly.”

To add to all of this, although the gender of the person a partner is cheating with shouldn’t necessarily matter, sometimes it changes the nuances of how we feel, particularly if it’s not something we expect. Kelly didn’t know at first that Elle was awaiting gender reassignment surgery and had actually been born a man. As far as whether Worrall knew she was trans, “He knew instantaneously when he met me that night,” Elle has said. “He was definitely not turned off by it at any point.”

She moved on in sisterhood and self-respect

Ultimately—enraged tweets aside—Osbourne had a rather cool way of handling betrayal. Rather than blaming the other woman, Kelly’s priorities were in order (in my humble opinion). First, she ditched her fiancé. Then, she decided to see what Elle had to say, so she reached out to her via Facebook.

The two have since developed an unlikely friendship. “I gave her an idea of who I was,” said Elle. “I was never mean, I was never doubtful so she had to say I always believed in her. And I was always there to listen when she would cry or call me. And she told me ‘you know I understand what he sees in you and I respect that’. I [have] no ill intent towards her. She and I are still good friends.” As for Worrall? Both women have cut ties with him.

While society often tends to demonize the wrong people (women) when a partner cheats, Kelly Osbourne shows us how not to fall into the trap—you know, the one where one woman is pitted  against another in the classic competitive ‘cat fight’ while the man fades away from all responsibility in the sidelines.

Instead, Kelly was able to see clearly that a future with someone who was cheating and lying to her should be released rather than held onto, and she was open enough to have an honest conversation with Elle about what went down. Elle for her part, also had the sense to ditch him and was open to Kelly’s friendship.

We do ourselves justice when we take each and every relationship in our lives on its own integrity. There’s really no better way to make sure you surround yourself with good people—and ultimately, a loving partner that respects you.

Femcels: Inside the enigmatic subculture of involuntary celibate women
MASTER SELF MOTIVATION – Les Brown Motivational Speech
How I Stopped Feeling Embarrassed and Ashamed of Being Single
How a social media group dubbed Mom Jeans is helping people fight inflation
Deaf Domino’s Employee Delivers Pizzas on Foot After His Car Breaks Down – In Return, He Gets a “Tip” of $12,000