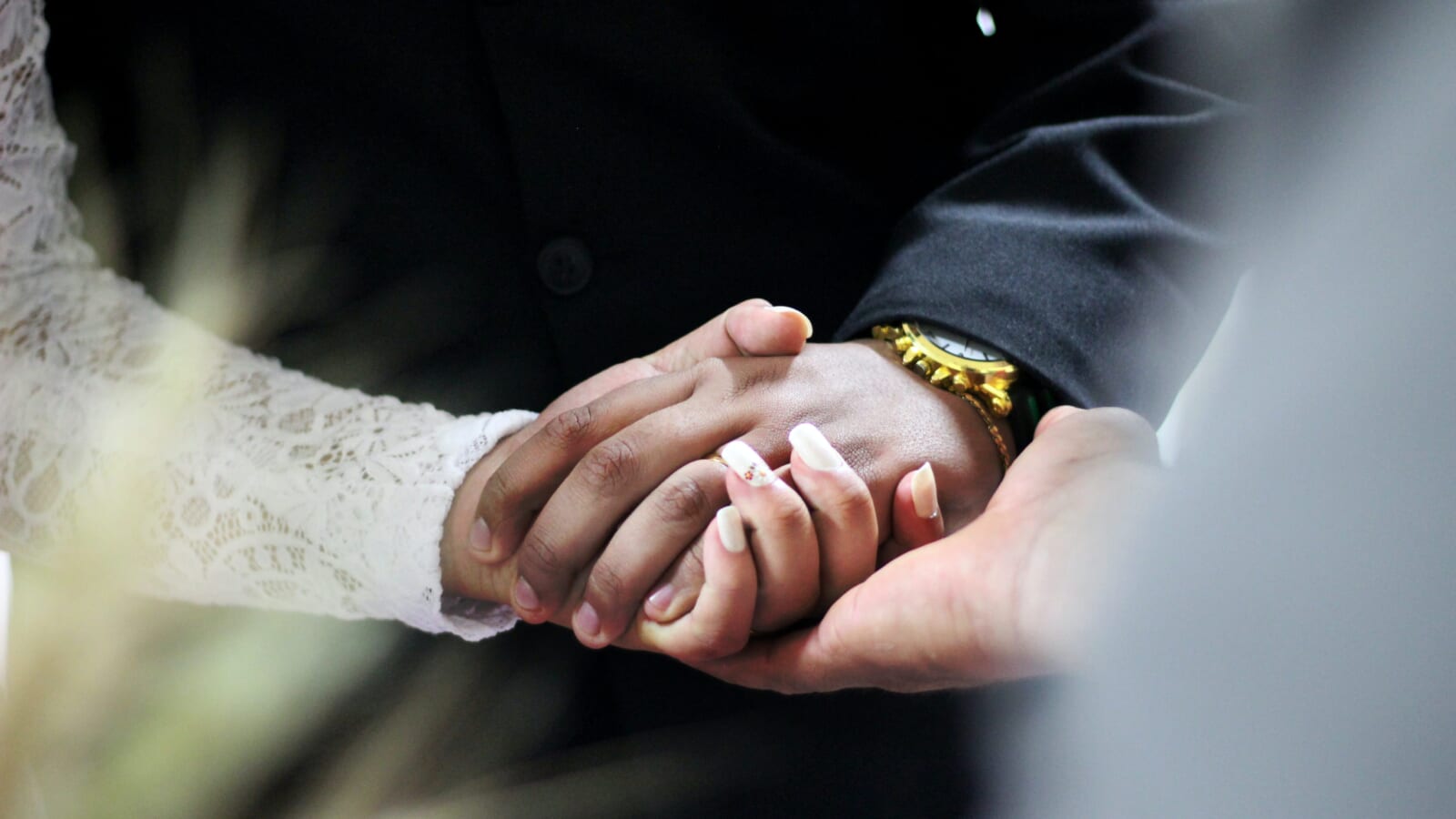 Love comes in all different forms. And just because someone else’s love or love story looks different than yours doesn’t make it any less valid.

Years ago, however, it was hard to convince some people of that. That made it difficult for some couples to get married, get housing, or even find employment.

One interracial couple, however, was determined to prove everyone wrong.

When Trudy and Barclay Patoir met during World War II, they had no idea they’d fall in love. They were both assigned to work at the Rootes aircraft factory in Speke, and it was the first time Trudy had seen a Black man. At first, she was scared of him, but soon they became fast friends.

Eventually, they realized there was more than friendship between them, and they began dating. When Trudy’s mom found out, she threatened to kick her out of the house, but Trudy held firm. Then one day, after going to a concert with Barclay, she realized this was the man she wanted to spend the rest of her life with.

“I knew then that I couldn’t live without Barclay, but I didn’t dare tell anybody for months,” she recalled to the BBC. So, Trudy told her man she wanted to marry him. “He said to me: ‘It’s going to be very hard, you know that, don’t you?” And I said: ‘Yes, I know.’”

The couple was tested right away when the local Catholic church in Liverpool, where they lived, refused to marry them.

“He said, ‘There’s so many colored men coming over here and going back home leaving the women with children. So I’m not marrying you.’ We were upset about that,” Trudy revealed.

They were determined, though, so they married in a brief ceremony at the Liverpool Register Office, where one of Barclay’s friends and Trudy’s sister joined them. Then the four of them went out for a meal to celebrate.

After they married, they continued to face prejudice and racism, so when a friend of Barclay’s told him that things were better in Manchester, they packed up and left. No one would allow an interracial couple to lodge with them, but eventually, they found space in a boarding house.

“The landlady had lodgers but she took us in anyway and gave us her big front room,” Trudy explained. “She was a prostitute herself but what a good woman she was.”

When the war ended, Barclay successfully applied to stay in Britain and found work, although he missed his family in Guyana. “You’ve got to have a good mentality to survive. I missed my family for about 10 years — I used to dream about them,” he told the publication. “And I found the freezing cold hard. I was used to a tropical climate.”

Eventually, the local Catholic priest agreed to perform a second wedding ceremony for the couple. After that, they had two daughters, Jean and Betty. The couple knew they needed more space for their family, so they applied to live in new homes being built in a town called Wythenshawe.

RELATED: 42 Years Ago, Interracial Couple Was Forced To Break Up – Today, They Found Their Way Back To Each Other

“Nobody from Manchester wanted to live there, as there were no shops, just fields,” Barclay said.

According to BBC, the family was one of the first in the area, and as it grew, the community welcomed them all with open arms. When their eldest daughter encountered bullying on her first day of school, the school dealt with it immediately, and they never had problems again.

Even Trudy’s mother changed her mind and began visiting the family to spend time with her granddaughters. “She would come every weekend to stay — she loved seeing the girls,” Trudy said.

Trudy and Barclay’s love story wasn’t an easy one, but they held fast to their relationship and proved everyone wrong. They were together 70 years before the BBC article celebrating them was released in 2017.

Although the couple admits things improved drastically over the years, this story is a nice reminder that love comes in many forms. At the end of the day, any relationship is between the people in it, and anything else is nobody’s business.

This couple made their relationship work through the kindness of strangers and the generosity of others who found a way to not judge. It’s something we can all work on in our own lives, as we try not to judge others for their decisions but find ways to support them instead. Lending an ear, offering help when needed, or being there for others can make a difference.

After all, there’s a reason they say love conquers all.