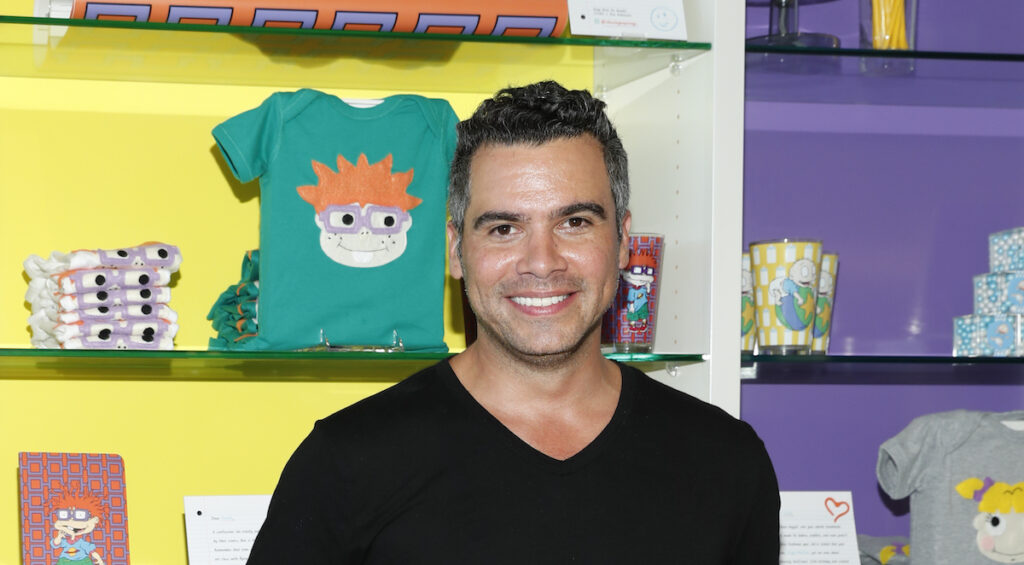 Jessica Alba is best known for being a successful actress (she got her big break in the 2000 TV series Dark Angel and followed that up with hit movies like Sin City) and entrepreneur (The Honest Company, which she co-founded, received a whopping $1.7 billion valuation back in 2015), but her personal life is just as impressive as her career.

Alba tied the knot with Cash Warren in May 2008 in a secret ceremony that perfectly reflects their lowkey relationship and they’ve since enjoyed over a decade of marital bliss. Here’s everything we know about Alba’s business mogul hubby, plus what we can learn from their down-to-earth union.

Who is Cash Warren?

Cash Warren has a lot in common with his wife, including his resume. After getting his start working on various film sets, he transitioned into the business world and is now a full-time entrepreneur.

First, Warren worked as a director’s assistant on both 2004’s Taxi and 2005’s Fantastic Four and it’s thanks to the latter that he met his future bride. “I met him on the set of Fantastic Four [when] he was working for the director, Tim Story,” Alba told Wired. Warren then jumped to producing and executive producing and has a handful of credits on various TV shows and documentaries, like the 2010 series Being Terry Kennedy.

It wasn’t until 2012 that he discovered his true passion, however. That’s when Warren and two friends got together and founded Pair of Thieves, a clothing line dedicated to creating “the best basics on the planet.” After “complaining about how there were no great do-everything pairs of socks on the market,” the trio not only designed and began producing socks, but they also expanded their brand to include underwear, shirts, and loungewear for men.

But for Warren, it’s about more than just fashion. Pair of Thieves is dedicated to giving back and, as the company boasts on its site, “since day one, our mission has been to help those experiencing homelessness.” That’s why “for every item you purchase, we donate an item on your behalf” and, to date, they’ve “donated more than 30 million items to more than 2,500 community organizations.”

They also created National Sock Day (December 4th), which has seen them donate over 3 million pairs of socks to homeless shelters. And when the pandemic hit in March 2020, the brand announced that over a two-week period it would be “redirecting all profits and a butt-load of hours toward helping those on the front lines of this pandemic.”

After meeting on the set of 2005’s Fantastic Four, Jessica Alba and Cash Warren tied the knot in a secret ceremony they didn’t even plan. In what was the perfect representation of their low-key union, the couple simply woke up one morning in 2008 and decided to say “I do”.

“We were laying in bed having one of those amazing lazy mornings where we’d do nothing,” Warren recalled on Instagram.

You were 9 months pregnant with Honor and we were so excited to meet her in the coming weeks. Not sure who thought of it first but the decision we made that day would forever change the course of our lives.

Revealing how they “hopped up, got dressed and drove straight to the courthouse,” Warren added, “Prior to that day, neither of us thought marriage was important. It felt outdated and we weren’t going to fall for an antiquated social construction. But something changed in us that morning.”

So they headed to the Beverly Hills courthouse, applied for a marriage license, waited for 40 minutes, and tied the knot in front of a courthouse employee. As People reported at the time, Alba wore a blue dress while her fiancé showed up in a white shirt and brown pants.

Noting that “it wasn’t the dream wedding you deserved,” Warren shared that the ceremony “was laughably awkward” as he recalled how “standing under an arch of dusty plastic flowers in the courthouse chapel, we held hands and said ‘I Do’. No friends or family in attendance. Just you, me and the courthouse employee who served as our witness.”

It’s all about being a team and focusing on family

Warren has called his dad, Michael Warren (a UCLA Basketball Hall of Famer and successful actor) his “hero” and it’s clear he’s trying to live up to that gold standard with his own family. Like when he called himself a “super proud Dad/Coach” and sweetly gushed that he was “still wearing my medallion” after daughter Haven’s soccer team won the AYSO Girls U9 championship.

Since getting hitched back in 2008, he and Alba have had three kids — daughters Honor and Have and son Hayes — and as he told Reveal magazine in 2020, they’re totally on the same page when it comes to parenting.

One thing that Jessica and I are 100% aligned on is that we’re not raising a**holes. If they get out of line, we’re not going to stand for it. We’ve tried to maintain the values our parents taught us.

That means assigning chores, “setting boundaries and routines,” and teaching their little ones about something they both find extremely important: giving back. While Warren has helped those in need by donating clothing essentials through his company, Pair of Thieves, Alba has donated over 20.6 million diapers and personal care products to the less fortunate through her own brand, The Honest Company. As Alba told Reveal magazine, they’ll regularly get their kiddos involved, like going to “distribute socks and hygiene products” to homeless shelters on National Sock Day. “I hope my kids always feel the need to give back,” she said.

The couple is also in sync when it comes to giving 110% to their careers and they make sure to show each other plenty of support. While celebrating their 11-year anniversary in 2019, Warren gushed on Instagram, “We’re still learning, growing, giggling and loving. Here’s to a lifetime of pushing each other to be the best versions of ourselves and catching each other when we fall.”

They put in the work to keep the spark alive

A successful union requires work and after 12 years of marriage, Jessica Alba and Cash Warren are still putting in the necessary time and effort to keep the romance alive. As the actress told Refinery29 in 2019, they regularly schedule date nights. “Which sounds like it’s not romantic, but our lives are so hectic that we said, ‘Every Wednesday, this is going to happen,’” she explained.

Now, we have Friday, Saturday, and Sunday night blocked out where we don’t do any kind of work. We might go to the movies one night, we have one family dinner night where everyone helps out, and usually one of those nights is just me and Cash.

Further explaining the importance of carving out time in which you focus only on your partner, Alba noted, “If you don’t make time to connect on that date night level, then you can find yourself just going through the motions […] The kids’ schedules are a priority, your work is a priority, everything seems to take precedence over the thing that should be the most important: your partnership, and the life you’re building together.”

I’ve found that we’re much happier when we treat our relationship as a sacred thing, as something that needs to be worked on and treated well and given the kind of care that it should have.

The actress also shared a similar sentiment with Redbook, saying, “You have to be structured about carving out time for yourself and your relationship […] I need ‘us’ time all the time.”

Jessica Alba and Cash Warren’s approach to marriage sure is working. Rather than trying to convince others of their strong union with public displays of affection, they keep their romance lowkey (and very un-Hollywood) and put all of the focus on themselves and their family. By sharing common values and putting in the effort, they’ve achieved what few Hollywood couples have: Over a decade of marriage.

Which isn’t to say they’re shy about voicing their love for one another. In celebrating their 11-year wedding anniversary, the actress called her husband her “everything” and wrote on Instagram that they are, unquestionably, “better together. The life we dreamt of and manifested together is beyond anything I could have imagined,” she enthused, concluding, “I love you with my whole self.”

All the Things I Didn’t Tell the Men I Dated Because I Was Afraid
The World’s Best Blind Mountain Biker | Brian Bushway | #shorts
The Most Heartfelt Speech About Being Your Best | Gian Paul Gonzalez | Goalcast
If You’re Feeling Judged: One Thing You Need to Understand
‘It was my heart’: Women with heart disease face barriers to care in Canada, report says