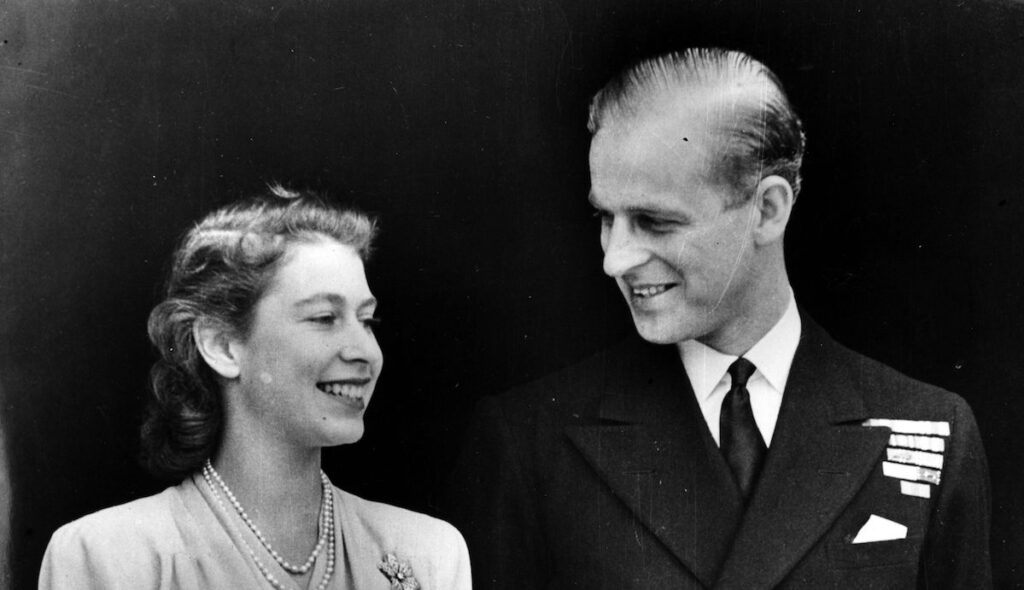 In recent days Queen Elizabeth’s husband, Prince Philip has been in the headlines. He was admitted to hospital on Feb 16th, 2021, “as a precautionary measure”, reported the BBC. The Queen and Prince Philip are two of the most recognizable royals on the globe. History records that they got married in Nov. 1947, nearly 74 years ago, but their families were interlinked their whole lives.

This may sound like a match made in fairy tale heaven but there’s more to their love story than meets the eye. So who is Queen Elizabeth’s husband? Her parents didn’t approve of Prince Philip initially but the bond between them proved love can beat the odds.

Prince Philip led an eventful life before beginning his royal duties and highlighted that in-laws are tough, especially if they’re royalty. He has been by her side since she was crowned in 1953. She may be the face of the British monarchy but he’s undertaken many trips and duties himself over the years.

Their service to the country has been so well documented but the Queen’s mother viewed Prince Philip as “the enemy” even after they got married, according to the documentary The Private Lives of the Windsors. It’s clear that after over seven decades of marriage, their love defied all odds against them.

Who is the Queen’s husband & how did they meet?

Prince Philip may not have been born in the UK but he came from a pretty high place. Sky News reported that he was born in Corfu, Greece in 1921 as Prince Philip of Greece and Denmark. The broadcaster outlined that he lived in France and Germany before joining the Royal Navy at age 18.

According to Tatler, Prince Philip first met Queen Elizabeth II when she was just 13. She was visiting Dartmouth’s Britannia Royal Naval College with King George VI, the Queen’s mother, and Princess Margaret. Sky News reported that Prince Philip, or Philip Mountbatten as he was then known, was asked to show the royal family around.

It would be another seven years before the Queen announced her engagement to Prince Philip. Royal historian Christopher Warwick told Vanity Fair, “like most romances, it was one that grew very gradually. Sometimes people forget or don’t know that, way back then in the ’30s, the ’40s, the ’50s, 13 year olds were essentially children. Princess Elizabeth at 13 was still in low white socks and a matching coat, the same as her sister, Margaret. Philip was 18. He’d got girlfriends of his own.”

However, Sky News reported that after a fleeting engagement of five months Prince Philip and Queen Elizabeth II were married. Before she was crowned Queen in 1953, Royal.uk explains that he continued with his naval career. He worked his way up from cadet to Commander. However, he had to leave it behind in 1952 to assume his royal duties.

In the past, Prince Philip has been open about how difficult he found the transition. Marie-Claire reported that in Long Live the Queen! 23 Rules for Living from Britain’s Longest Reigning Monarch by Bryan Kozlowski, it details that within the first year that the Queen was on the throne Prince Philip suffered from a severe case of jaundice “often linked with stress and depression.”

During their 50th anniversary celebration, the Express reported that he said when you become a monarch you “have to learn to accept certain constraints and to accommodate to that grey area of existence between official and what’s left of a private life.” However, no matter how hard he found the job, it’d seem that the Queen and Prince Philip’s love defied all odds.

History explains that Philip Mountbatten was a distant cousin to the Queen and known to her parents. The fact that they’ve been together for over seven decades would suggest that they’re a great match. However, their love had to overcome the hurdle of gaining parental approval.

According to the documentary The Private Lives of the Windsors, which aired on the Smithsonian Channel, the Queen’s mother didn’t approve of Prince Philip as a prospective partner for her daughter. The documentary says she believed him to be “dangerously progressive.” Historian and biographer Professor Jane Ridley explains in the film:

The Queen Mother viewed him as rather an enemy and in fact, one would see those early years as being a tug-of-war and a tussle for the ear of the Queen.

The disapproval didn’t stop there. The documentary outlines that even before Queen Elizabeth II took the throne, her mother and father didn’t see Prince Philip as good husband material. According to historian Professor Kate Williams in the documentary, “Philip may have served in the British army, but his four sisters had married Germans, who fought for the Nazis. The Royal family were quite keen to keep Elizabeth away from Prince Philip, as she was clearly devoted to him and was determined to marry him, but she had a lot of concerns about his suitability.”

The documentary outlines that while Queen Elizabeth II became the figurehead of the country, Prince Philip was the head of their family. The disagreements between the Duke of Edinburgh and the Queen’s mother continued long after Prince Charles was born.

By token that the Queen went ahead and married Prince Philip and they’re still together to this day would suggest that their love won out. Defying your parent’s wishes is never easy. The Queen had the weighty responsibility of the monarchy on her shoulders.

However, Christopher Warwick told Vanity Fair, “The very fact that they’ve been married now for 73 years speaks volumes,” and their partnership “has withstood the test of time primarily because they love one another very much. In a private capacity, he has always been deferred to by the Queen as head of the family. It’s a very symbiotic relationship and a very firm partnership.” However, The Private Lives of the Windsors would suggest that their courtship wasn’t easy.

What is Prince Philip’s role?

After leaving the Navy when the Queen took to the throne, Sky News explained that Prince Philip committed to being a support for the monarch. This meant giving up his own titles and becoming a working royal.

Royal.uk says that the Duke of Edinburgh has a keen interest in engineering, science, and industry. He dedicated a lot of his time while he worked to visiting research centers and industrial plants, “with the aim of understanding, and contributing to the improvement of, British industrial life.”

He was the patron of a wide range of organizations, outlines Royal.uk. These included 1001: A Nature Trust, the Castaways Club, Friends of the Sea Otter, and the Royal Air Force Ex-Prisoners of War Association Memorial Appeal. Sky News reported that by 2009 he was the longest-serving consort in the British monarchy’s history. He went on to work for another eight years. He was 96 years old when he retired.

The Duke of Edinburgh is quite famously private. His professional and private partnership with the Queen highlights that even when you’ve got a tough job to do and you don’t have the approval from parents, love can beat the odds. History Extra reported that when speaking about his grandparents, Prince William said Prince Philip is “always on her [the Queen’s] side, and he’s an unwavering companion.”

Why Queen Elizabeth and Prince Philip don’t live together

The Guardian reported that Prince Philip retired in 2017 after 65 years of royal duties. When he left his royal responsibilities behind the BBC said that he’d completed 22,219 royal engagements on his own and many more by the side of the Queen.

In June 2021 Prince Philip will turn 100 years old. Women and Home reported that rather than living in Buckingham Palace with the Queen, he moved to Wood Farm on Sandringham Estate in Norfolk. While the Queen can’t leave her post, they would usually see each other over the holidays. She travels there at Easter and they spend summer in Scotland

A source told the Daily Mail, “The Queen feels the Duke has earned a proper retirement. She knows him too well — if he were still at the center of royal life, he’d feel he had to be involved. Being at Wood Farm means he’s not too far away, but far enough to be able to relax.”

The Queen and Prince Philip have occupied two of the most difficult jobs with the weightiest expectations. Their relationship has been under the scrutiny of the world since it began. And The Private Lives of the Windsors would suggest that King George VI didn’t feel the Queen’s husband was a good fit. However, their marriage is an example that love can beat out all the odds.

The Most Heartfelt Speech About Being Your Best | Gian Paul Gonzalez | Goalcast
How I Stopped Feeling Embarrassed and Ashamed of Being Single
How a social media group dubbed Mom Jeans is helping people fight inflation
If You’re Feeling Judged: One Thing You Need to Understand
Tough Times Don’t Last (Official Music Video) Fearless Motivation