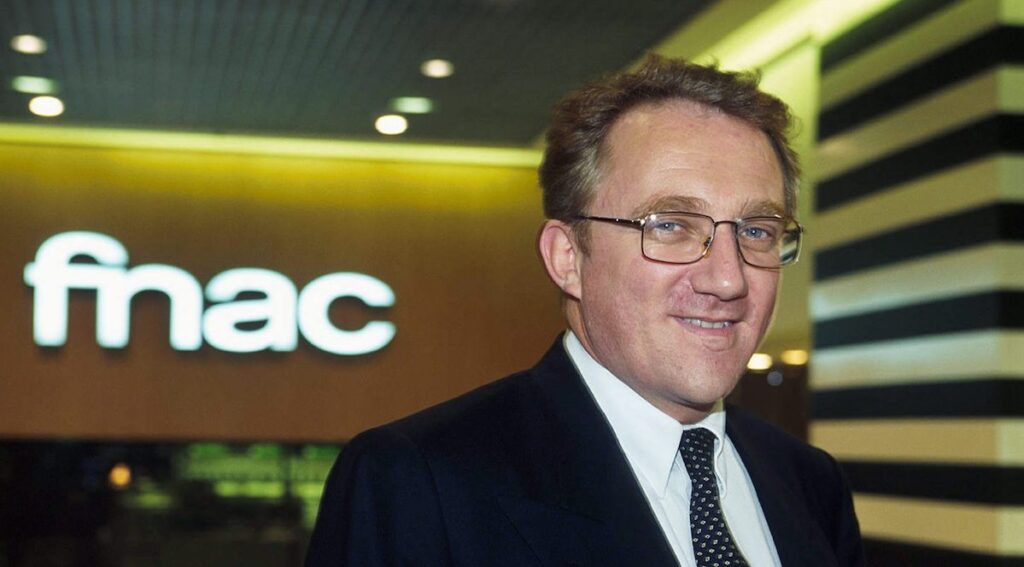 Salma Hayek makes no secret of how smitten she is with her husband of 12 years, François-Henri Pinault, but she is incredibly protective when it comes to sharing details about their relationship. Case in point: The actress took fans by surprise in March 2007 when she announced that she was both engaged and expecting. In September 2007, she and her fiancé welcomed daughter Valentina Paloma and, on Valentine’s Day 2009, they quietly tied the knot at the 6th Arrondissement City Hall in Paris.

They didn’t forego the chance for a star-studded party, however, and in April they had a second wedding ceremony, this one at Palazzo Grassi in Venice. According to People, the Frida actress and her beau chose that specific location because it’s where they first met in 2006 at a gala hosted by Pinault.

But if you’re curious to know more about their first encounter, forget it. As Hayek bluntly told Town & Country in 2019, “I’m not going to tell you. It’s such a romantic, amazing story, but it is mine,” she explained,.

I don’t want to vulgarize it by making it into a story to make myself interesting.

Who is François-Henri Pinault?

François-Henri Pinault has quite the impressive resume! For one, the French businessman is the CEO of Kering, a luxury retail group that owns major fashion brands, like Saint Laurent, Alexander McQueen, and Gucci. Originally founded in 1963 by Pinault’s father, François Pinault, Kering “started as a wood and building materials company,” according to Forbes, before pivoting into the luxury retail space in 1999 with the purchase of a majority stake in the Gucci Group.

Pinault and his father also manage Groupe Artémis, their family’s own investment company, which owns everything from French winery Château Latour to luxury cruise company Ponant and the world’s most recognized auction house, Christie’s. As of January 2021, Forbes valued François Pinault and his family to be worth an incredible $44 billion while François-Henri Pinault’s personal net worth is an estimated $7 billion.

In addition to his impressive career achievements, Pinault has also been recognized for his charitable work, as well as for his commitment to making the fashion industry more sustainable.

In 2008, he founded the Kering Foundation with the goal of helping women who are victims of violence. According to Vanity Fair, the fashion tycoon “was shocked to learn statistics about the abuse of women globally” during a 2006 meeting with Hayek and playwright Eve Ensler and so, he decided to do something about it. Focusing on six countries — China, France, Italy, Mexico, the United Kingdom and United States — the Kering Foundation works with “local survivor-centered organizations that provide comprehensive services to women.” As of 2016, it had helped over 140,000 women in need.

Meanwhile, on the sustainability front, Pinault revealed in 2019 that French president Emmanuel Macron tapped him to create a “coalition” of CEOs and top fashion brands willing to work together to achieve aggressive sustainability goals.

On a personal note, Pinault was a father of three before he met Salma Hayek. From 1996 to 2004 he was married to Dorothée Lepère and they had two children (François in 1999 and Mathilde in 2001). Following their divorce, the businessman dated supermodel Linda Evangelista and they had a son, Augustin James Evangelista, in 2006.

At 39, Salma Hayek learned that it’s never too late to find love

Salma Hayek met her future husband when she was 39 and, as she confessed to Allure back in 2015, she was starting to worry that she’d never meet The One.

I wish I knew [when I was younger] that I was going to fall crazy in love with the perfect man.

“I was so worried and I dated some people I shouldn’t have dated. You get desperate and you start seeing wonderful things in, like, the wrong guys,” she continued. And although she admitted that she “also found some pretty good guys” along the way, she learned an important lesson: Don’t try to force a connection.

I wish I could say to myself, ‘Hey, chill out. You’re going to get a great husband that’s going to adore you.’ I would have saved myself a lot of personal drama.

Speaking with Town & Country in 2019, Hayek clarified that her relationship was worth the wait and that she’s happy she was “a late bloomer” in love because that allowed her to truly get to know herself first. Calling Pinault “the best husband in the world,” she gushed, “I get to be who I am with him, and I don’t feel that somebody tries to limit me.” Becoming a mom at 41 was also a blessing. “I think I’m a better mother because I had her later,” she said, quipping, “But I do get tired. I’m not going to lie.”

You can be independent and have a great partnership

When it comes to building a life together, some folks believe they have to choose between focusing on themselves and focusing on their partnership, but that’s simply not true. After Salma Hayek had her daughter, she began to question her ability to have it all. As she told Allure, she actually considered giving up acting in order to focus on her home life.

“I said, ‘I don’t think I want to work anymore,’” she confessed. Luckily, her husband didn’t agree that it had to be one or the other. “It was François who said, ‘Oh, no, you’re going back to work.’ And I said, ‘I don’t want to.’ ‘Well, you have to. We’re not putting up with some lazy girl in the house. That’s not who I married,’” she shared.

And then he said something so beautiful: ‘I don’t want to be deprived of your work. I want to watch it, too. And the world has not seen the best of you yet. So you cannot stop until some of that is put out.’ So he sort of really pushed me, like, ‘Get up on your feet and get out there.’ And he was right.

And when Hayek told him she wanted to keep their finances separate, at least partially, Pinault supported that too. “I have a system in my life that I’ve chosen, where my expenses from before the marriage are my expenses,” she explained.

Maybe that’s also part of what works great in my marriage. I still have my independence. But he likes it. And I get a lot of respect from him.

Salma Hayek and François-Henri Pinault prioritize each other

Despite being adamant that a healthy work-life balance is achievable and that independence can be woven into a successful union, Salma Hayek and François-Henri Pinault make sure to always prioritize each other. As the Desperado star told Allure, she’s “never been apart from my daughter for more than two weeks. And same with François. We don’t separate for long periods of time. Never.”

And when she spoke about the secret to her decade-long marriage in 2017, she highlighted the importance of supporting one another — and of making each other No. 1. Saying she “married the right guy,” Hayek revealed, “We support each other in everything we do. We want the other one to strive. Makes you happy when the other one strives,” she continued.

And you know what? We don’t have a very strong social life because we really like to spend time together. So we do spend a lot of quality time together.

Admitting that “sometimes the hardest things to balance is motherhood with marriage,” the actress joked, “You just have to remind yourself that you have that other big kid too to look after. He looks like he’s self-sufficient, but they need the tender loving care too.”

They won’t allow anything to get in between them

Whether it’s work, money, or critics, Salma Hayek and François-Henri Pinault have never allowed any outside forces to wreak havoc on their relationship. Speaking with Town & Country, Hayek revealed that she’s been the target of plenty of criticism, but she’s refused to let the negativity affect her. “A lot of people are very shocked that I married who I married. And some people are even intimidated now by me,” she said, slamming, “It’s another way of showing racism. They can’t believe this Mexican ended up in the life that she has, and they’re uncomfortable around me.”

The couple’s approach to love is clearly working. After over a decade of marriage, they’re as smitten as ever. For example, while vacationing in Bora Bora in 2018, Pinault surprised his wife with a third walk down the aisle. Taking to Instagram, Hayek wrote, “The summer is coming to an end and my best moment was when my husband surprised me with a vow renewal. It was not what I would have chosen to wear to my wedding but I was told I was going to the spa!” she joked.

Then, in April 2020, she once again showed fans just how sweet their union is by paying tribute to her hubby on Instagram in English, French, and Spanish, writing, “Today 14 years ago I met my soulmate. After the test of time and even the test of the quarantine I feel very blessed that I’ve found you, and the more I discover you the more my love grows.”

Although Salma Hayek and François-Henri Pinault have kept their marriage under wraps, they can teach us a great deal. For one, there is no age limit on finding love. For another, while it’s important to always prioritize your relationship, losing sight of yourself shouldn’t be a result of that. In a successful union, your partner will support you and allow you to be true to yourself, no matter what.