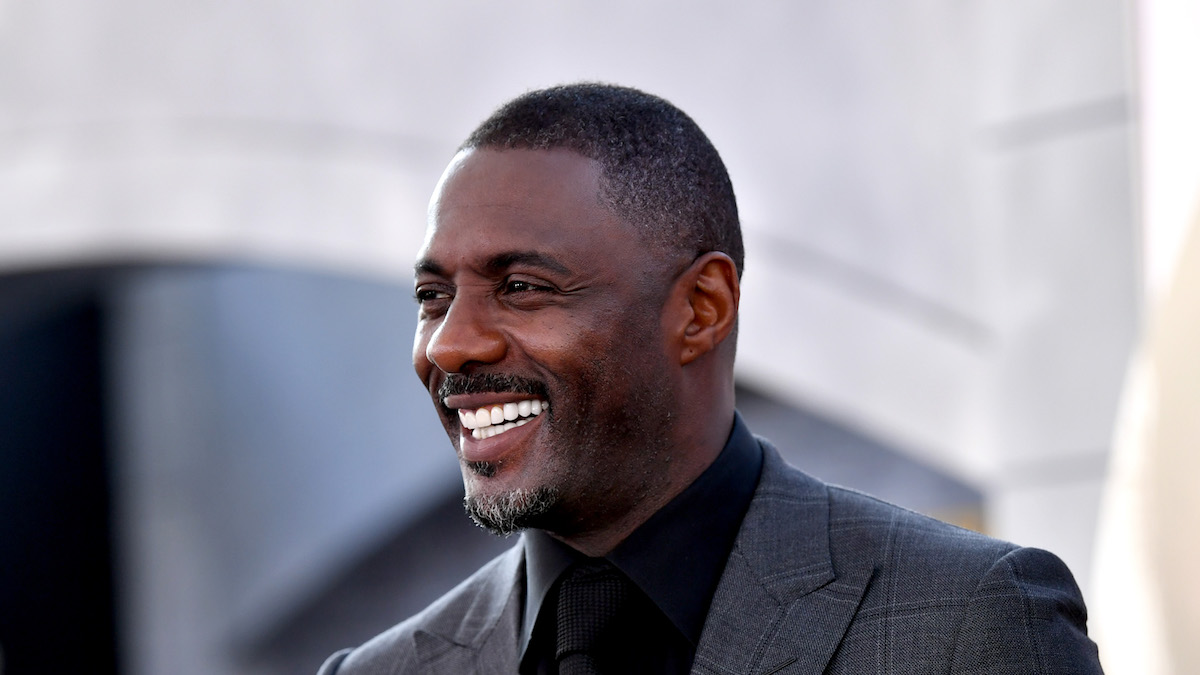 There’s a reason why Idris Elba has long been rumoured to be the next James Bond.

The London-born artist is as smooth, sophisticated, and charming as Agent 007 himself. Even beyond the casting rumours, Idris is bursting with every single quality one could hope to find in an ideal man. He may have achieved his breakout in Hollywood at a relatively later age, but what he lacks in youth, he makes up for tenfold in charisma and talent.

However, single ladies will have to settle for merely fantasizing about getting together with him. The actor has been happily married to a Somali-Canadian personality Sabrina Dhowre since April 26, 2019.

This is his third marriage — he has previously been married to Kim Nørgaard from 1999 to 2003 and Sonya Nicole Hamlin for a period of four months in 2006. He has a daughter, Isan, with Kim and a son, Winston, with his ex-girlfriend Naiyana Garth, whom he dated from 2013 to 2016.

His two divorces don’t inspire a whole lot of confidence in his ability to stay committed and monogamous for the long haul, but Idris will be the first one to tell you to keep all assumptions at bay. Here’s why our “playboy” perception of Idris doesn’t hold up to the truth.

Idris attributed his “failed relationships” to being guarded and “misunderstood”

When speaking to The New York Times, Idris emphasized that he is not a playboy, as many might assume. His good looks, personality, and confidence might lead anyone to believe that he’s got women wrapped around his finger, but ultimately, it’s his capabilities as a partner that’s going to make the difference in whether a relationship is successful or not.

His first marriage to Kim, for example, took place under less-than-fortunate circumstances. They had both been young and were only setting out in their respective careers. As a young, ambitious actor, Idris was always on the move, flying back and forth between the U.S. and England, trying to snag any role that he could find, making ends meet as a bit part actor — he didn’t have the time nor the energy to direct his full attention to his marriage.

His marriage to Sonya was quite literally a Vegas elopement. The pair had only been seeing each other for a few months before they decided to give in to their impulses and tie the knot. To no one’s surprise, the marriage didn’t pan out well, and they split six weeks after. Sonya later claimed to the press that Idris was encouraged by his management to divorce her to retain his “sex symbol” image in the eyes of the public. However, Idris opposed her account and stressed that there had always been more complicated factors at play.

I think I’m the most misunderstood partner ever. I’ve had many failed relationships, but not because I’m an a**, just because there’s so many complexities to relationships and perhaps I’m very guarded.

Idris said that he’s been thought of as the “playboy” type for a long time and has had to deal with rumors of being “noncommital” every step of the way. But he isn’t the type of person who just jumps in and out of relationships at will. At the end of the day, Idris feels there is “here’s very few people that can say they really, really know” him.

Like most other adults, he’s wandered and faltered in his journey of finding true love. He’s hurt women, he’s been hurt by women, and he’s had to own up to his shortcomings and work on himself to be a better partner. His relationships are no one’s business, and he doesn’t deserve to have unjustified labels tacked on him.

He claimed that marriage was not his “life calling,” but Sabrina changed his mind

By 2016, Idris was at his lowest point from a romantic standpoint. He had all but given up hope on building a future with another woman. He said in a 2017 interview that he would probably never get remarried, adding that he had done it before and “it’s not for everybody.” He also said that the institution of marriage was not “life calling.”

His heartbreaks and broken relationships include a short-lived courtship with a Florida woman that ended in unimaginable pain and disaster. The woman, who’s not been publicly identified, gave birth to a baby boy in early 2010, and Idris was overjoyed at the idea of being a father. However, Idris’s mother commented at the time that the baby boy looked nothing like Idris, and so the actor proceeded with a paternity test. The results revealed that Idris wasn’t the father, so he went through the entire emotional rollercoaster, as is custom with expecting fathers, only to get his heart torn to shreds by a ruse.

Understandably, these sort of shocking developments has a way of disillusioning a man of romance, love, and long-term coupledom. Therefore, Idris wasn’t looking to get committed to someone in fear of history repeating itself. But then in walked Sabrina, and Idris opened up to her in a way that he hadn’t with his previous partners.

Idris admitted in a British Vogue profile that he had fully intended to keep his vow of not marrying, but Sabrina’s presence and company proved to be so powerful that he couldn’t help but get on his knees and put a ring on her.

We’ve been literally inseparable since we met […] It wasn’t something that I wanted to do, get married again. But…

Idris added that Sabrina had helped him “deepen friendships” with people he’s known way longer than her. She also “makes [him] laugh” and celebrates his success like it’s her own, but also isn’t afraid to give him tough love or something to “think” about when he’s having a hard time, he told PEOPLE.

He realized that marriage, as well as the lifelong commitment it represented, finally meant something, and he was willing to explore it all over again with a new person.

It’s all too tempting to issue dramatic declarations about your future, but keep in mind that your emotions aren’t managed by an arbitrary force. They will react to the changes in your life accordingly, and sometimes love will find a way into your heart despite your best efforts.

Everyone has a distinct vision for their future, one that might not require romantic love. But we should remember that the feeling is so powerful and irresistible at times that you can’t help but submit to it. It’s best to keep an open mind and let your emotions guide you on what to do in such cases. In the case of Idris, he followed his heart when the time came because that’s precisely what made him happy. Not everyone will change their mind on marriage, romance, or commitment, and that’s okay. Yet, as long as you’re conscious of your emotions and you’re aware of what makes you happy, your journey will take you to just the right destination.

This Year, Let Go Of The People Who Aren’t Ready To Love You
Slow mornings lead to deliberate days
How to Make Things Better When It Seems Like Everything Is Going Wrong
The Single Greatest Mistake A Man Can Make | Jordan Peterson
This Is What Self-Care Really Means, Because It’s Not All Salt Baths And Chocolate Cake