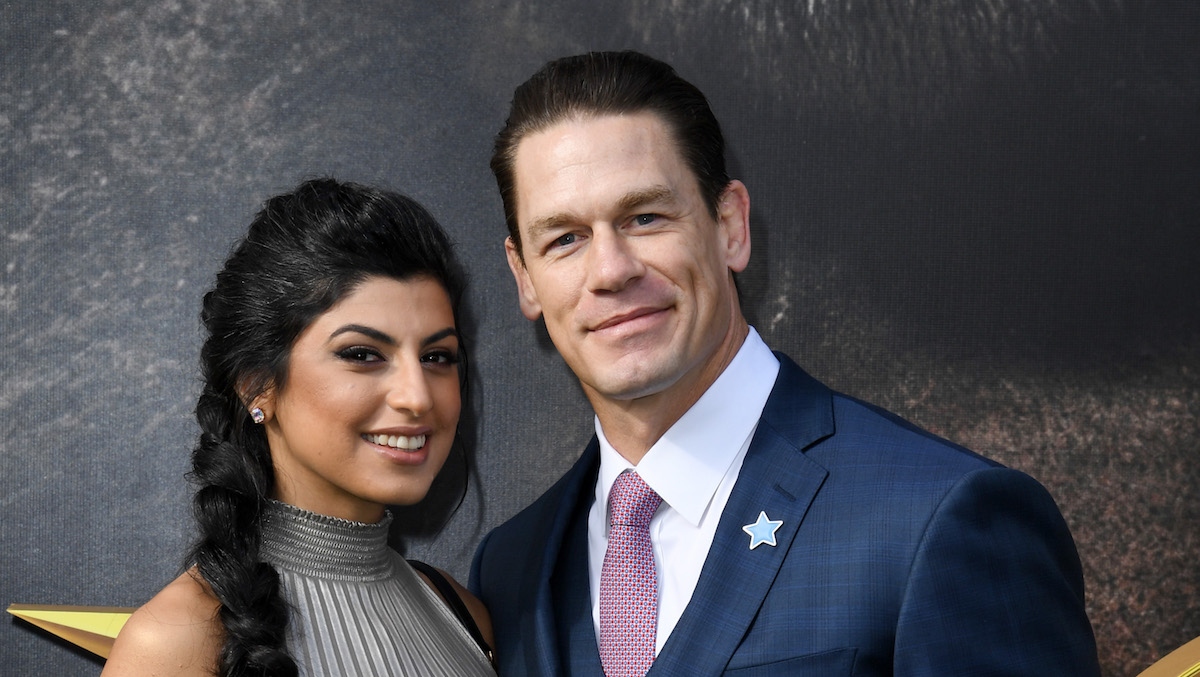 Wrestler-turned-actor John Cena is a married man! The WWE star tied the knot with his girlfriend Shay Shariatzadeh earlier this month. While a celebrity wedding is hardly the most shocking item in the news these days, it’s still worth noting that this is a huge move on John Cena’s part for various reasons.

As many might recall, the celebrity was in a highly-publicized relationship with fellow wrestle and reality television personality Nikki Bella. The two had gotten very close to walking down the aisle together before realizing that their heart was simply not in it. Prior to Nikki, the wrestler had been married to Elizabeth Huberdeau from 2009 to 2012.

Therefore, it’s safe to say that the man had been having a rough time with romantic relationships before Shay came along. Given that John had declared quite a few harsh truths about marriage and commitment while engaged to Nikki, it’s a little remarkable that he experienced a change of heart so suddenly.

Regardless of where the wrestle stands on marriage at the moment, it’s worth examining the evolution of his personal life. His decision to take the plunge doesn’t only give us insights into his mindset but it also tells us that we should be more mindful about the changes we undertake in our own life.

Not a lot is known about John Cena’s first marriage to Elizabeth Huberdeau. The two were reported to be high school sweethearts but didn’t get married until they were in their thirties. According to some reports, John had been unfaithful to her a few times over the course of the marriage. Despite John’s allegedly infidelity, Elizabeth hadn’t been the one to file for divorce. Apparently, John decided to hand the divorce papers even before the pair came to a mutual agreement over their separation. Elizabeth was left “blindsided” and she responded by challenging their pre-nuptial agreement.

All in all, John had made some grave mistakes in his first marriage. At least, the wrestle had the guts to take accountability for his actions and come clean about his role in the breakdown of his marriage. He told Rolling Stone in 2016:

A lot of that was because of my inability to be a good husband.

However, his world changed once again when he met Nikki Bella. The two met and began dating in 2012. Though their love was bursting with passion from the get-go, John had his mind made when it came to settling down. In the same Rolling Stone interview, John Cena said in no uncertain terms that he was completely opposed to getting married and having kids in the future. He said:

I don’t have the time. And just because everyone else is happy with children doesn’t mean that’s how I have to live […] I don’t want kids, I don’t want marriage. That’s me just saying, ‘Hey, this is my life and this is how I’m going to live.’

John Cena added that he had too many things he needed to get done in life, so much so that he couldn’t afford to be distracted by the added responsibility of marriage or kids. He also said that this was one of the biggest pain points in his relationship with Nikki and that they had been to therapy over it. As harsh as his words sound, it’s worth applauding John Cena’s unflinching honesty in the face of societal norms.

At the end of the day, most people are still expected to find a spouse, have kids, and live their lives as uncontroversially as possible. To admit that you had failed in your first marriage and actually use that as a cautionary tale to inform your decisions going forward says a lot of John Cena. He knew that he wasn’t in the right frame of mind for marriage and so he decided to be straight-forward about it no matter what it looked like.

Ultimately, however, John Cena did end up proposing to Nikki Bella but it was all for naught. Their engagement never transitioned into a wedding. Reports alleged that Nikki was the one who called off the wedding; it’s also been implied that she could sense that John was not happy about their nuptials. Detailing her decision to end the marriage, Nikki said:

If it doesn’t feel right, if there is any type of hesitation, you have to figure it out and [not] be afraid, I just didn’t want to walk down that aisle and give those vows and have hesitation or have regret

But he decided to take the plunge with Shay anyway

The whole Nikki Bella adventure was a disaster for all parties. Nikki Bella is an incredibly public figure who’s made no secret of the fact that she wanted something out of John that he couldn’t give her. She was left heartbroken by the breakup but has thankfully found love again.

Meanwhile, John had a hard time making sense of his reality after Nikki called off the wedding. As per an interview with the TODAY show, John revealed that he did in fact want to get married to Nikki and start a family with her. But he was attempting to deal with the break-up as best as he could. He added:

It’s very difficult. I had my heart broken out of nowhere […] But I’ve looked at myself every day and I’ve tried to evaluate myself.

John Cena also discussed why he changed his mind when it came to marriage and kids. He said that he fell in love with Nikki and he decided to make her priorities his own. “She’s my number one,” he said. But because John felt like he wasn’t a good communicator, he wasn’t able to get the message across to Nikki in a healthy way.

Nevertheless, it just wasn’t meant to him for the two wrestlers. By early 2019, John met Shay in Vancouver and began a low-key relationship with her. The subdued, secretive nature of their relationship stands in stark contrast to the public, oft-controversial one he had with Nikki.

Shay works as a product manager in the tech industry and lives in Vancouver, Canada, meaning that she wasn’t as familiar or interested in the showbiz world. This allowed the two of them to keep their relationship under wraps and enjoy their time with each other away from the public eye.

He has said very little about Shay so far. In one interview, he talked about filming a movie in Vancouver right around when he met Shay, thus the project will forever hold a special place in his heart. He said:

What’s truly special about this one is that, no matter what projects I’m involved in in the future, this one will always have a special meaning because I got to film a special project and meet someone special.

Give yourself room to change

It may have been missed connections for John and Nikki but the timing worked out perfectly for John and Shay. Whether the marriage truly holds up over time is anyone’s guess but it’s unmissable that John Cena has truly evaluated his priorities over the course of his relationship with Nikki. Though he had been stubborn about marriage and kids, he allowed himself the space to grow and change.

Not everybody is going to change their mind about vital decisions in their life, yet some absolutely will. You just have to honest with yourself about what you want and don’t feel bad if you decide to change your mind. On the other hand, don’t feel bad if you don’t end up changing your mind. Being mindful of our emotions and how they evolve over time is one of the most crucial elements of being an adult. As John Cena himself said, love may take everything out of you but it can be unbelievable fulfilling if you think about it.

Love involves constant effort. When you are truly ready to let love in and give to love all it needs to flourish, I feel there is no greater more rewarding connection.

Detroit Couple Turn Vacant Lots to Bee Farms – Including the Childhood Home of One Legendary Rap Superstar
The Walt Disney Company to mark 100th anniversary with new experiences
How to Make Things Better When It Seems Like Everything Is Going Wrong
Beyond Dry January: 5 Benefits of Extending Your Break from Alcohol
This Year, Let Go Of The People Who Aren’t Ready To Love You