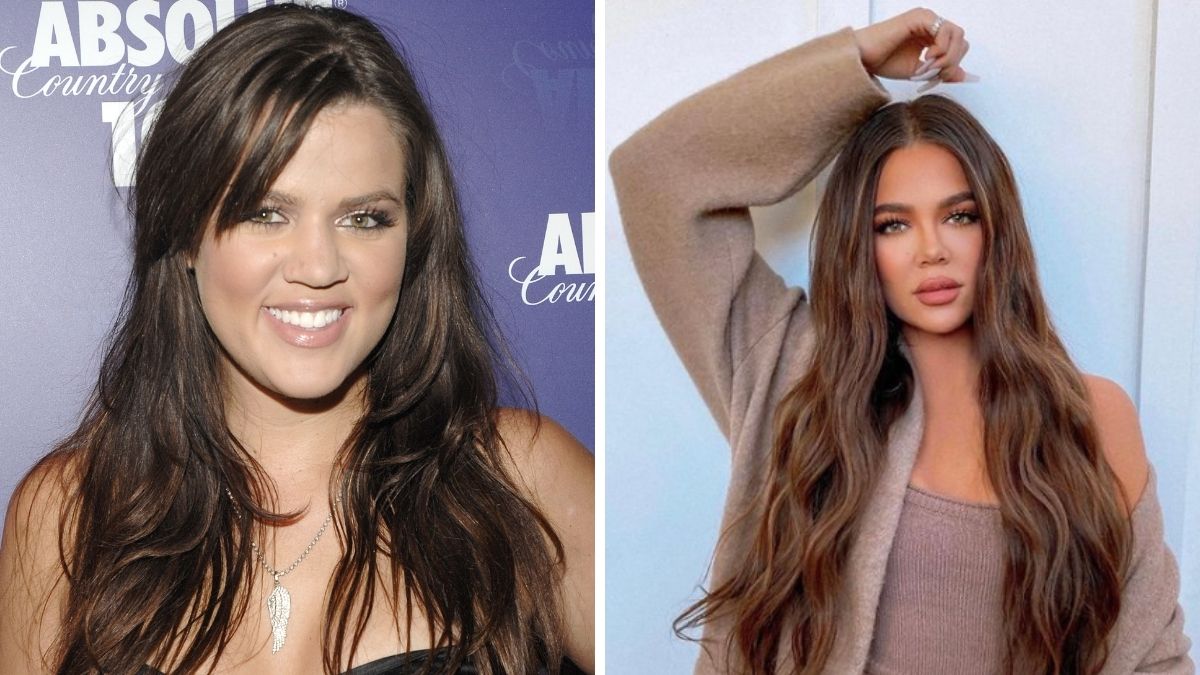 Khloe Kardashian ignited a heated debate on body image and self-perception this week.

There’s already a great deal of discourse around how the Kardashian family actively perpetuates damaging standards about beauty, body, and social media branding. Khloe’s photo leak and her subsequent response prove that the Kardashians are in many ways both the victims and the agents when it comes to these demanding ideals.

Here’s how the whole situation unfolded: an assistant of Khloe accidentally posted an unretouched, unfiltered, unedited photo of the reality TV star. Khloe didn’t deem the picture to be suitable for social media, and so her legal team rushed to issue a DMCA notice to Twitter in an effort to wipe the image off the face of the earth.

According to Page Six, the photo was posted “without permission by mistake” by an assistant during a Kardashian family gathering. In the wake of the social media outrage, Khloe turned to Instagram to share how she truly feels about the photo and why she’s been dealt the short end of the stick in comparison to her sisters.

In a statement on social media, Khloe not only explained her reasons for wanting the photo removed but also shed light on her insecurities of being in the public eye.

Of course, it’s arguable whether Khloe should have taken legal action at all, but it’s undeniable that she’s been put through the wringer in terms of body expectations. Since the introduction of the Kardashians into mainstream media, Khloe was always singled out as the unattractive, chubby sister. It didn’t matter that her body was far below the national average and that she looked youthful, radiant, and perfectly human either way. She just wasn’t the same as her sisters, and this, by some means, gave everyone free rein to push her around as they pleased.

The bar set by Kim Kardashian and, more recently, Kylie Jenner is so high and so impossible to measure up to that Khloe was made the victim by default. The public questioned her paternity, positing that because she wasn’t as conventionally good-looking as her sisters, she must have been born to another father. Being the “fat”  and “ugly” sister became her identifier during the early years of Keeping Up With The Kardashians. It’s no surprise that constant barrage of mockery, judgment, and straight-up harassment wormed its way into her head and affected her own self-image and attitude.

You never quite get used to being judged and pulled apart and told how unattractive one is, but I will say if you hear anything enough then you will start to believe it.

Khloe also shared that she wanted the photo to be taken down because one, it didn’t truly “capture [her] body the way it is after working so hard to get it to this point,” and two, it wasn’t “flattering in bad lighting.” She also said that editing one’s photos before posting on social media is akin to wearing make-up and doing nails, declaring that she’ll continue to do so “unapologetically.”

Khloe’s response triggered a multitude of reactions across social media. Most criticized her for choosing to continuously filter, edit, and retouch the majority of her photos on social media via apps like FaceTune and Photoshop, and then tout “my body, my choice” to call it a day.

At the end of the day, it’s a no-win situation. She was subjected to public vitriol for being allegedly fat, but when she decides to shed the pounds and reinvent herself, she gets lambasted for failing the body positivity movement. It’s understandable to expect celebrities to be role models and use their influence thoughtfully, but we also have to consider how being in the public eye takes a toll on their mental health. The need to maintain a flawless aesthetic form overwhelmed Khloe to the extent that she doesn’t feel comfortable without a filter or strategic lighting.

This isn’t Khloe’s fault — it’s a scathing indictment of the patriarchy and its firm, long-lasting grasp on women’s behaviors, clothes, and bodies. Nevertheless, Khloe concluded her statement by saying that we are all “unique and perfect” in our ways and that we should forget about fitting into a rigid mold that someone else has designed for us.

We are all unique and perfect in our own way. Whichever way one chooses to be seen. I have realized that we cannot continue to live life trying to fit into the perfect mold of what others have set for us. Just do you and make sure your heart is happy.

But can she have her cake and eat it too?

Though Khloe should be commended for coming forward with her insecurities and vulnerabilities, anyone who’s aware of the Kardashians knows that there’s more to the story.

The Kardashians have spent north of fifteen years consciously or unconsciously contributing to creating unattainable, unrealistic dimensions for how women’s bodies are supposed to look. As Jameela Jamil said, “their decades of body image issues…has been HEAVILY perpetuated by how much the media scrutinized her and her sisters over their appearances.” In the entertainment world, the pressures of appearing perfect at all times can take a serious toll on individuals, leading them to directly or indirectly perpetuate toxic standards.

Everyone’s journey with fitness is unique — there’s no one-size-fits-all for health. It’s more about being conscious of your failings, working to address them at your own pace, and feeling grateful and appreciative about your body no matter what.

In the past, rather than shattering unhealthy depictions and encouraging young girls to feel proud about their bodies, Khloe Kardashian has made questionable decisions (such as selling dubious and potentially harmful weight loss products) that reinforce the same negative stereotypes that sent her through a shame spiral in her twenties. People may come across her promotional posts and ask themselves whether their bodies are good enough, whether their bodies can conform to the ideal, whether their bodies deserve to be respected and cherished.

It’s nice to see that Khloe is owning her choices and encouraging her millions of followers to focus on self-love. But it’s not simply enough to make a post about it. The next step in her journey towards radical self-love and self-acceptance is to demonstrate through her actions that she’s serious about respecting and loving one’s body despite the societal pressures. Of course, being under the spotlight, this is easier said than done but her latest post certainly represents a step in the right direction.

Your body, your choice

Khloe’s response to the photo leak may have been hypocritical in many ways, but this quote in her post holds true nonetheless. It’s your body, so it’s your choice how you want to present it and how you want it to be perceived. At the same time, you don’t have the right to judge someone else for their body either. Ultimately, it’s about loving yourself. No one has the right to define what your “ideal body” should be — it’s a standard you’ll set for yourself and adjust as you see fit.

Femcels: Inside the enigmatic subculture of involuntary celibate women
‘It was my heart’: Women with heart disease face barriers to care in Canada, report says
Podcast: What to know about “novelty hunting.”
New Barbie Doll Honours First Black Aviator — Inspires Youth to Take to the Skies (PHOTOS)
How a social media group dubbed Mom Jeans is helping people fight inflation