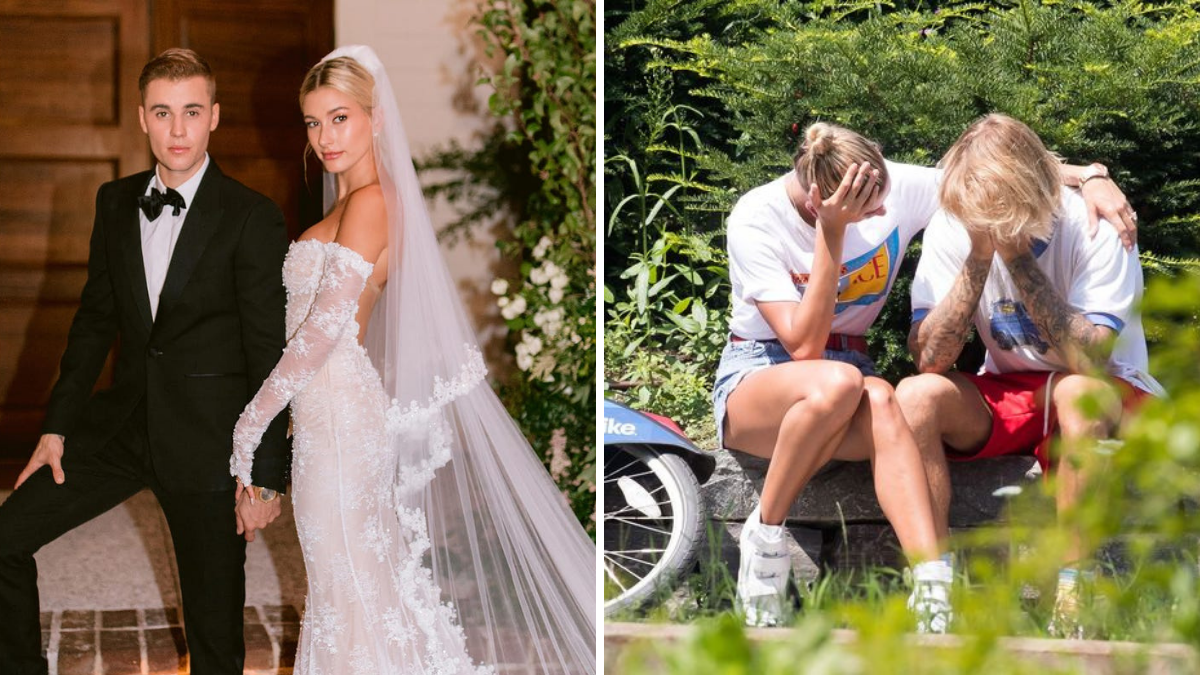 Are Justin and Hailey Bieber the IT couple of our time?

Nobody expected their initial friendship to blossom into an actual marriage, but the two lovebirds defied everyone’s expectations and tied the knot in just their early twenties. As a result, they’ve had to field a number of questions and opinions about whether or not they were too careless in deciding to get hitched so early on.

Justin and Hailey Bieber: too young to tie the knot?

Marriage is an undeniably massive undertaking for anyone, young or not, but if you haven’t figured out who you are or you haven’t gone through enough key life experiences by yourself, you’re bound to feel a bit unprepared and overwhelmed.

In addition, Justin and Hailey have to reckon with their growing pains in the spotlight, knowing that each of their failures and lapses will be documented at length by the mainstream media. It can’t be easy to take account of these complications and still commit to spending the rest of their lives with one another.

Here’s why the idea of marrying early didn’t scare the pair.

Justin and Hailey’s journey to the aisle is as fascinating as it is poignant. The two had maintained a friendship for years before they decided to explore the possibility of a romance. It wasn’t smooth sailing as a couple either; they had their ups and downs and had reportedly broken up a few times throughout their relationship.

But once Justin proposed to Hailey in July 2018, the couple knew that they had to get on the same page if they were to pursue a future together. Fortunately for the pair, they had always been on the same page regarding what they wanted to achieve in life. Hailey mentioned in an interview that she and Justin had always envisioned getting married at a young age and starting a family in their twenties.

We always knew that we were aligned on what we wanted in our future. We had talked about wanting to be married young and having a family young and building a life. Even before we knew we wanted to be with each other.

These inclinations were brought up before they decided to get into a relationship — showing that this was an aspiration that both of them maintained independently instead of a dream they cooked up together as a couple. Therefore, both Justin and Hailey had clarity as to what they were looking for in a relationship, so when the right person came along, they jumped at the opportunity without any hesitation.

Hailey also added that her desire to get married young stems from her parents’ choices. Her parents Stephen and Kennya, were only nineteen when they met each other on a bus. They were married four years later and have been happily together since. Hailey grew up hearing about their thrilling, serendipitous love story and “fantasize[d] about having the same thing.” and experience the passion of young love for herself.

What we have to remember about the duo is that they’re unlike any ordinary couple we know of. Justin Bieber had been a bonafide global superstar as a teenager and had faced more unique situations than anyone else in his peer group. Therefore, his maturity and drive developed at a faster rate than that of any other teenager. Hailey had also experienced the fluctuations of fame in her adolescence. So she too felt like she possessed the sensibility and wisdom required for a stable, healthy, long-term relationship.

I do think for somebody like me and somebody like Justin, [it’s different]. We’ve seen a lot for our age. We have both lived enough life to know that’s what we wanted.

Justin also echoed her sentiment in that he had been in pain prior to his marriage with Hailey. He had become caught in an endless circle of partying, drugs, alcohol, and juvenile disruptions and realized that at the end of the day, none of those activities fulfilled him. Hailey said that Justin was ready to quit that lifestyle and was at a point where “he could make decisions like, ‘I’m done with girls, and I’m done with fooling around, and I’m done with partying.’”

Suffice to say, their courthouse wedding in September 2018 occurred at just the right time and may have prevented Justin and Hailey from spiraling towards a dark path. Yet, despite the promise of a new beginning, their first marriage wasn’t a walk in the park. Justin said that they were practically “on eggshells” and had to adapt to each other’s attributes and expectations with time.

The first year of marriage was really tough because there was a lot, going back to the trauma stuff. There was just lack of trust.

They may be young, but they’re “committed to growing together” through changes

While the rest of the world lambasted the couple for choosing to get married young, their family members couldn’t be happier. Justin’s mom, Pattie Mallette, celebrated their wedding occasion wholeheartedly, telling her son and daughter-in-law that they’re “a gift to each other,” adding that she’s “grateful and consistently humbled by the love and blessings of God” over them. Hailey’s dad Stephen was also heavily involved in the wedding planning process and had supported the couple’s decision to honor their faith in the ceremony.

Their family’s positive response to the marriage demonstrates that it wasn’t a rash, irresponsible decision made on a whim. However, at the same time, the couple doesn’t back away from the realities of being a young, married couple.

Hailey spoke about the obstacles in a Vogue interview, emphasizing that their marriage isn’t a “magical fantasy.” She said that it’s “effing hard” and that they’re learning as they go. At the same time, she said it’s worth approaching it from an optimistic and goal-driven mindset. Of course, both Justin and Hailey are going to fight and evolve and disagree with each other, but as long as they’re going through these changes together and continue to support each other in their development, their love will shine through.

We’re two young people who are learning as we go […] We’re going to change a lot. But we’re committed to growing together and supporting each other in those changes. That’s how I look at it. At the end of the day, too, he’s my best friend. I never get sick of him.

Justin agreed with his wife and said that he’s proud of “creating these moments for us as a couple, as a family,” He might be a married man, but he still wants to cherish his “adolescence” with Hailey. It doesn’t have to be an either-or situation — it’s about striking a balance.

Justin and Hailey’s sweet road to being husband and wife is a shining example of following one’s heart in the face of criticism, judgment, and even self-doubt. Everyone will have their own path to happiness and success, and it’s best not to knock someone for their choices unless you know what it’s like to be in their shoes.

Different strokes for different folks, as they say. If your heart is telling you to marry young, perhaps it’s worth considering it, if nothing else. Of course, there is broader decision-making that goes into the process, but some impulsive decisions will be worth your time.

‘Gen Z yellow’: Next ‘it’ colour or marketing ploy?
How to be the Smartest in the Room | Ibram Kendi | Goalcast
7 Ways Childhood Trauma Shows Up in Your Romantic Relationships
This Is How You Become the Best Version of Yourself in One Step | James Lawrence | Goalcast
The Walt Disney Company to mark 100th anniversary with new experiences