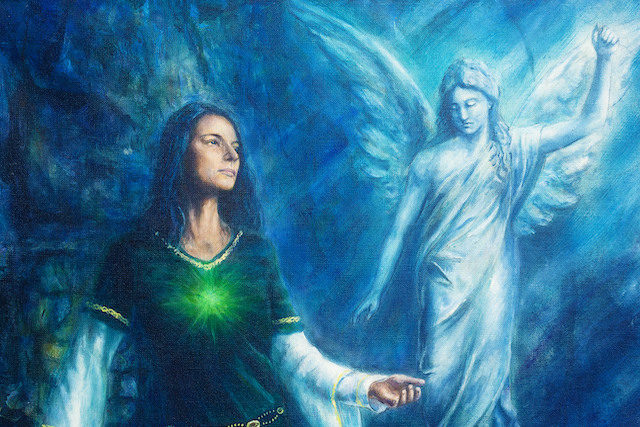 So there I was, sitting in front of the Zoom meeting, when it happened. The overwhelming grief just hit me like a freight train. And no matter how much emotional training I tried to dig into, or self-help tricks I tried to muster up, nothing could stop the train in that moment.

The emotions flooded over me and forced me to stop and break down with the simple, plain, beautiful, and powerful truth: I miss my friend.

I had been so busy in this new Covid world, gathering up pictures of her for her obituary, corresponding with her family about who was going to speak and what was going to be said. Emailing back and forth with the person who was graciously designing the obituary, overseeing whether the eldest members of her family even knew what a Zoom meeting was, let alone had the equipment and technological know-how to participate.

Everything was done via email and text, and sometimes phone. I guess I didn’t realize how much this allowed me to stay disconnected and busy.

A brief tug of war occurred when one of my friend’s other good friends mentioned how an elderly aunt, a reverend at a local community church, decided that it would be in bad taste to mention that my friend was a Buddhist.

Even though she had grown up in a Christian home and family, she practiced Buddhism for the last thirty years.

I was almost insulted.

“But she was a Buddhist,” I blurted into the phone.

“Yes… but… her family isn’t. And her aunt doesn’t think it’s a good idea to bring it up.”

I felt my face getting hot. I had spent quite some time calling around to see if I could get a Buddhist monk to agree to say some prayers for my friend as we celebrated her journey in her next life. Then it took some more time to find one who knew how to work Zoom.

A kindly monk in Brooklyn had agreed to do so. He also mentioned that, for the next month or so, they were doing daily prayers for the deceased, and that he could include my friend.

“No, just the service will be fine,” I answered, mentally checking this off of my to-do list and not wanting to create the altar that was required to participate.

Not that this was something I really wanted to do—all this planning—but her family was so overwhelmed with my friend’s sudden passing that they asked me and her other food friend to do it.

I’d never done anything like this before, but of course, I simply felt I had to. That’s what my friend would do—roll up her sleeves and get it done. She was extremely strong-willed, and this was a trait I admired.

I remember us taking a trip overseas to Indonesia. They had just had a volcano erupt right before it was our time to come. I was concerned about my friend’s ability to navigate in such circumstances (as her health condition was beginning to affect her walking ability,) and halfheartedly suggested we look into the company’s flight insurance to reschedule. But she just laughed it off.

“We are still going. I’m so excited, I’ve never been! We have to have faith, T,” she said. “Believe everything will be alright, and it will be so. No matter what.”

Ah, I smiled to myself. Of course.

Even as one so dedicated to the spiritual path, and believing in what we cannot yet see, I suppose in the face of terminal illnesses and natural disasters, sometimes the “We create our own reality” spiel can seem like the furthest thing away from the truth. And yet, she proclaimed it, in the face of both.

I was reassured that day, and promptly watched The Secret, to solidify that reassurance.

And that’s what I loved about my friend. At one point in my spiritual journey, I thought there were only us two that talked like this, believed like this. Of course, as I journeyed into spiritual Facebook groups, I happily learned that to be untrue. But I could talk to me friend about anything.

She was older than me and had experienced so much in life. At the time I met her eight years ago, I felt like I had hit the spiritual jackpot! She had so much wisdom, and I was ever so willing to soak it all up.

For example, she was one of the first people in the world to go to an Abraham Hicks meeting before they were well known, and she would recount in detail the power she felt in the room that day as we discussed whether Abraham’s teachings were “real” or not.

All of this came rushing back to me as I spoke to her friend on the phone. Really, I was talking to that super religious aunt. Who did she think she was anyway? It wasn’t about her, or me, or any of us! Don’t these people know what a Celebration of Life is!

“Well, she (the aunt,) doesn’t want anything to take away from God,” her friend sighed.

“But this isn’t taking away from God,” I shot back. “It’s all God. It’s just a different point of view! And it was very important to her! She got up every day for thirty years at 4:30 in the morning to chant! That’s who she was!”

My friend’s friend gathered her words carefully and deliberately. “Well… she asked me to minister her service for her, and she didn’t leave me any specific instructions for me on what to do.”

In that moment, I snapped out of it. I muted the phone and took a deep breath, and then unmuted. “You’re right,” I said. “She did ask you. I’ll ask the monk not to come. You should do whatever you feel is best.”

The feeling of relief from the other side of the phone was palpable, and my friend’s friend instantly became more chipper. “Great! Okay then, I’ll get to work on the program and I’ll get back to you!” she said.

After we hung up, I sat in silence. I thought I was fighting for my friend doing an impromptu religious showdown. And I was prepared to roll up my sleeves and go to town. But why? Would it even matter to press this point now?  Especially with people who were completely set in their ways. Especially with such an intricate topic as religion.

What was I trying to prove? My friend wasn’t like that. She lived and let live. Perhaps some part of me was still fighting for myself to be seen. Our journeys were so parallel, but I thought I had long stopped caring what religious people thought.

It became clear to me why the Universe had the monk mention the month of prayers for the departed; I knew then I’d graciously add my friend to that list.

For the ceremony, I ended up doing a sweet video tribute of our time in Indonesia, which alluded to the spiritual, culture-loving, and exploring person that my friend was. This was the moment that choked me up during the service (as well as several others). I miss my friend.

I missed being seen and heard and understood. I miss having an ally and someone I didn’t have to explain my spiritual journey to. I felt it was important for me to stand up to that aunt because that’s who I was too.

I always said it didn’t matter to me what people practiced, if it’s done in love, if you invite me, I’ll come. It really is all God, so now I get to “walk the walk” in real time. Live and let live.

Perhaps in letting go, and letting others remember my friend in the way that they chose to, I honored my friend, and what we both learned on our physical journey together, the most.

Tinesha Renee’ is a Certified Medical Intuition System Practitioner and Transformational Energy Healer.  She works with people from all walks of life to remove spiritual, mental, emotional, and energetic blocks so they can live their best life! When she healed herself and changed her life around and then helped heal other people and change their lives around, she realized how vital healing is for every one of us! Get Free Energy Healing Here: www.LifeUnBlocka.com/freehealing

Sweet Revenge: Woman Wins Lottery Jackpot After Husband Leaves Her for Best Friend
Domino’s Employee Delivers a $12 Order – But the Unusual Tip He Received in Return Takes Him by Surprise
This Year, Let Go Of The People Who Aren’t Ready To Love You
This Is What Self-Care Really Means, Because It’s Not All Salt Baths And Chocolate Cake
This Is How You Become the Best Version of Yourself in One Step | James Lawrence | Goalcast