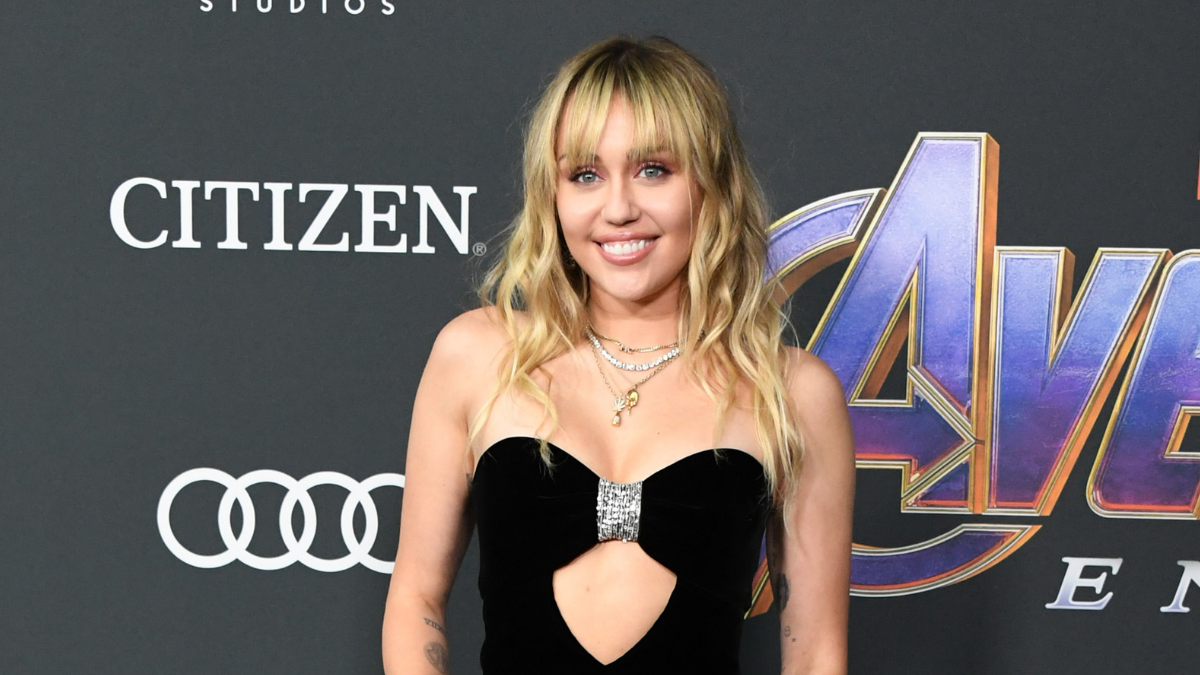 Miley has a thing or two to say about breakups.

She’s gone through more than a few relationship ups and downs in her twenty-eight years, but instead of putting these so-called “failures” in the rearview mirror, she is opening up about the discoveries she’s made about herself in the process.

Like every other person, Miley struggles with preserving her identity in the face of commitment. A lot of people forget that there is a tremendous amount of pressure associated with a long-term relationship — the pressure to change, the pressure to compromise, the pressure to slowly modify yourself to meet the demands of your partner. Sometimes it can be healthy to adjust, and sometimes it’s better to hold your ground and stick with your natural instinct.

Miley faced those overarching demands in each of her relationships, but instead of succumbing to them, she decided to go against the grain and follow her heart. The learnings she’s gleaned about herself from these mistakes only propel her forward in matters of self-development and her career.

In a refreshingly honest interview on Apple Music’s Essentials Radio with Zane Lowe, Miley Cyrus shared insight into how she tackles particularly taxing situations with lovers. In short, she believes in not following her heart but her mind. “I’m a very logical person,” she confessed, saying that she tries to avoid the minutia of emotions that often only serve to slow us down and keep us dwelling in the weeds.

Instead, the former Disney starlet prioritizes logic over feeling, knowing that one is far more reliable and sustainable than the other. That doesn’t mean that leading with emotion is entirely worthless; it just means that upholding rationale over everything is Miley’s most effective strategy in coping with frantic, quarrelsome circumstances. It’s not for everyone, but when executed in a balanced, thoughtful way, this advice could work wonders for a lot of people.

And I really try to not get lost in emotion, because our emotion lies to us. Our emotion sometimes makes us believe that every thought that we think is real.

She added that these emotions greatly exaggerate reality to the extent that we can’t evaluate how we can move forward in a healthy, productive way. Many times, we’re just inherently inclined to fixate on these emotions and let them guide us through relationship troubles.

Miley shared an anecdote about how she capitulated to her tumultuous thoughts while going through heartbreak one time. For a brief moment, she’d thought, “’I’m never going to be the same again.’ You know? ‘My life is—,’” but once the conflict passed, she realized that these invasive, overtly dramatic feelings don’t reflect the truth, and only heighten the frustration in her mind.

To avoid these unpleasant scenarios, Miley has taken to building detailed lists of pros and cons. They function as a formula for not just clashes in the romance department but a wide range of concerns, including her ever-changing career and her occasionally chaotic family. The Tennessee native added that she essentially creates a mathematical breakdown of what her partner adds or subtracts from her life — if they cross a particular threshold, she has to make a decision.

So when dealing with heartbreak, I look at what’s being added, what’s being subtracted, and I write down each on each side of the scale. And then I can make a logical decision based on numbers, and not based on every thought that I think because our brain totally does its own thing sometimes.

It’s imperative to commend her ability to reason when everyone else seemingly gets bogged down by the upheaval of sentiment and fervor. Sometimes, love doesn’t have to be a beautiful, airy concept floating by on the back of raw passion alone; it can be a deliberate measure we undertake to bring more fulfillment into our lives. If that fulfillment doesn’t take place, perhaps it’s best to call it quits.

Miley Cyrus has also opened up about how her relationships with Kaitlynn Carter, Liam Hemsworth, and Cody Simpson may have been impacted by her logical stance, adding that she and her exes didn’t necessarily see eye to eye on how to best overcome strife within their relationship. When speaking with Norwegian talk show Skavlan, she said that her exes would probably state that she’s getting “less” emotional as she ages. She disagrees, though, and says that she’s perhaps getting more emotional — she’s only better at finetuning those emotions depending on the occasion.

I would say there’s a stigma of coldness for a woman who actually moves on. I’ve gone through a trauma of loss in the last couple of years […] I didn’t spend too much time crying over it. It wasn’t because I was cold or trying to avoid feeling something. It was because it wasn’t going to change it. I tried to continue to be active in what I can control.

Her confession about being strategically matter-of-fact through her hardships is a startling contrast to how women are usually characterized during breakups — emotional, dramatic, just seaming with gut reactions. Not only is it refreshing to see a reversal of the age-old stereotype but also to understand that women contain multitudes and don’t have to adhere to any one type of response and coping mechanism. Miley Cyrus has been burned by heartbreak a few too many times to not think outside of the box and change her attitude. She would rather move on and focus on other priorities than get “overwhelmed” by the whole experience, something she’s observed firsthand with others.

Yet, Miley notes that there isn’t a set blueprint for how you can work on these difficulties. She said that her heart and her head “fight all day, every day,” saying that both of these elements can mess with your decision-making and “get you into trouble.” You have to take account of both the angel and the devil on your shoulder when it comes to figuring out solutions. So as long as you have a firm grasp on both your reasoning as well as your feelings, you’ll be equipped to take care of whatever comes your way.

In the words of Nelson Mandela, “A good head and a good heart are always a formidable combination.” There’s no one-size-fits-all model for how you can power through heartbreak, or professional failures, or the loss of a loved one, so it’s up to you how you want to move forward or if you wish to move forward at all.

But Miley isn’t wrong in that emotions can sometimes deceive you. They change “really drastically all the time,” so it’s not always prudent to depend on them. The best practice is to note what your emotions are telling you, but you also back those strong feelings up with rational evidence. If both heart and head point you in the same direction, you might be onto a certainty.