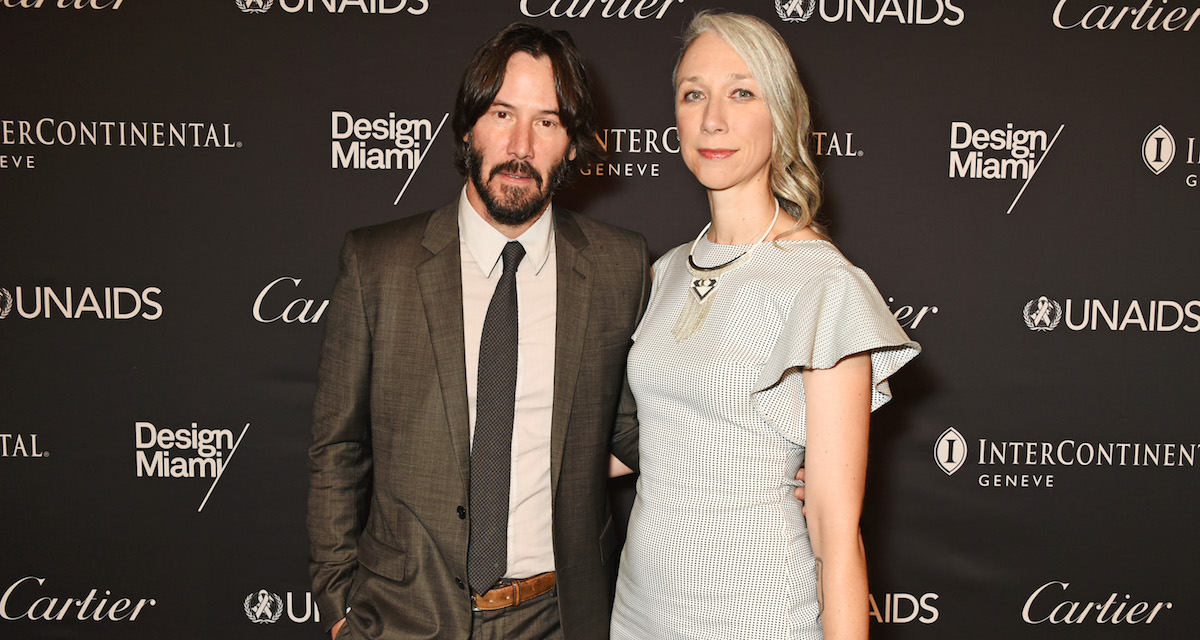 It’s safe to say the world unanimously rejoiced last year when it was announced that Keanu Reeves has begun seeing someone new. Everyone wanted nothing but happiness for Keanu “Internet’s Boyfriend” Reeves.

The actor has had his career plagued by certain assumptions about his personal life and state of mind. Granted, he has experienced some truly tragic events in his life but the public perception was built around him being some sort of sad, lonesome, moody actor who would forever be haunted by his past.

Finally, love had come to him in the form of Alexandra Grant. While the media was initially curious and ecstatic about their relationship, things eventually took a turn for the worse. Alexandra became subjected to criticisms, assumptions, and opinions that others had no business of sharing.

Such is the public’s attitude that while some are going to be over the moon about Keanu’s new girlfriend, others are going to feel that pang of jealousy or overprotectiveness, therefore driving them to resort to the same old stereotypes about gender and age. Discussing Alexandra’s public profile is a significant step in realizing our own biases about people.

Alexandra was slammed for being too “old” for Keanu

Alexandra is an accomplished, driven, and successful visual artist who’s done fantastic work in the realm of linguistics and art. Yet the only aspect that’s being discussed in the tabloids is her age. It just so happens to be that she’s a woman in her forties with gray hair and Keanu is a Hollywood star who’s got the means to keep himself looking young.

When Keanu showed up at the 2020 Oscars with his mother Patricia Taylor, commenters began joking that he has brought his girlfriend along instead as they both share gray hair, as per the Stylist. Moreover, the barrage of comments about Alexandra’s appearance in context to her age was endless. “Why does she look so old?” and “Keanu should date someone younger,” were some of the many accusations levelled against Alexandra as if she had committed some sort of a crime.

Another bizarre narrative that emerged out of this tabloid nastiness was how Alexandra was apparently too old to give Keanu children. The idea that a woman’s ability to give birth is seen as her most remarkable appeal in a relationship is frankly disgusting. It’s especially insane for strangers to make such comments like that because they likely have no information about Keanu and Alexandra’s personal life.

That’s not to say women in Alexandra’s age range can’t be mothers themselves — adoption, IVF, fostering, and surrogacy are all valid options that celebrities like Keanu and Alexandra can afford and look into if they so wish. Even natural birth has been possible for many women above forty-five, including many celebrities.

The abuse directed towards Alexandra for somehow being “lesser” as a girlfriend is not only massive unfair to the woman herself but disrespectful to Keanu himself, who’s been lucky enough to find himself a lover after so many tragedies. Only for the public to bash her in the name of something incredible demeaning and unrelated at the end of the day.

Alexandra Grant herself acknowledges she’s unlike most women you might come across in Hollywood but that doesn’t bother her at all. She told Vogue:

I’m a 6ft 1in woman with white hair […] You know, the idea of fitting in… If I wanted to look like Kim Kardashian, I would have to have surgery removing about a foot off my legs

This is the part that people have a hard time believing. While many fans of Keanu slammed the L.A.-based artist for being old, others decided to celebrate the fact that Keanu was dating someone “age-appropriate.”

The dynamic of “older man-younger woman” has been so normalized by Hollywood that some people actually think a woman being ten years younger than her male partner is age-appropriate. It also speaks to the sexism inherent in the industry — it’s not unusual for men to date someone drastically younger but it always becomes a major talking point when a woman dates someone younger and labels like “cougar” are given to her without any reservations.

It’s not for us to say whether Alexandra’s “age-appropriate” for Keanu but it does bear repeating that the criticism raised about her does reflect the sexism and ageism that’s still inherent in our society. At the end of the day, it’s a couple that has chosen to be together romantically. That’s the only fact we can be sure of, and any assumptions beyond that point are nothing but baseless.

Rather than knocking them down, it’s time for the fans to truly celebrate the love that’s blooming between the two of them. It’s also important to remember that it doesn’t matter what the world says about your face, your body, or your age — your loved one’s admiration is enough. When talking about beauty, Alexandra said:

I was thinking about this idea of, ‘What is beauty to me?’ […] Ultimately, I think it’s love. And it’s truly loving yourself. It’s loving the people in your community. And it’s learning how to love people who are truly different than who you are.

Gossip is hard to resist, and criticizing others can often become second nature. But we must remember that these couples at the end of the day might not care about what you think. And it doesn’t just apply for celebrity couples, either. People’s personal lives are their own business and sometimes you just need to back off.

It doesn’t mean that everyone’s personal life is off-limits. In some cases, especially if someone is getting hurt or abused, you might have to interfere but if they’re no indications of that, then you really have no right to make judgments about whether two people are suitable for each other or not. Moreover, it’s critical to not let our biases get in the way of making those judgments. These are real humans with feelings who come across our comments. The least we can do is make the experience of a new relationship a little easier.

Podcast: What to know about “novelty hunting.”
Service Dog Stays at Hospital With His Owner 24/7 — While Nobody Else Was Allowed to Stay
How to Show Up When Nothing About Your Life Is Perfect
How a social media group dubbed Mom Jeans is helping people fight inflation
Looking for love? 44% U.S. adults use dating apps to find long-term partners: study