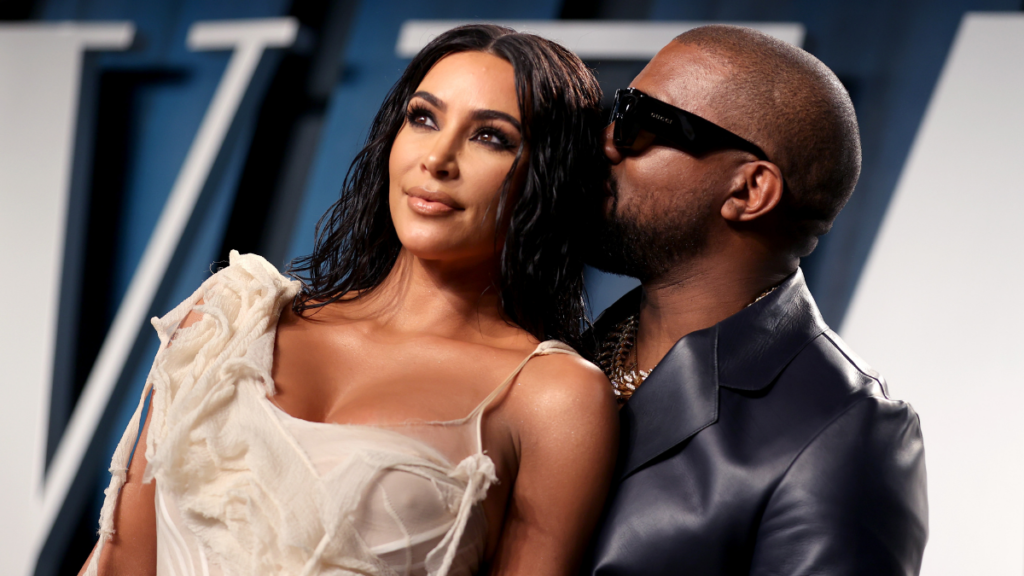 Fans are getting a glimpse at Kim Kardashian’s fraught marriage to Kanye West.

Kim made global headlines on February 19, 2021, when the reality television personality announced her divorce from the rapper after nearly seven years of marriage. Though the divorce marked a turning point for Kim and the Kardashian-West family, rumors of their disintegrating relationship had been making the rounds for a long time.

Kim has always been forthcoming about the ups and downs of her emotional wellbeing — one would think that comes with the territory of Keeping Up With The Kardashians — but her dissolved marriage with Kanye West has brought out a completely different side in her. The latest episode of the series delves into the exact occurrences that led to the relationship’s demise and details Kim’s mixed emotions regarding the matter.

It’s no easy feat going through a divorce, let alone when you’ve signed over privacy to a colossal entertainment machine.

There’s no doubt that Kim and Kanye were an incredibly public couple who weren’t shy about showcasing their love to drive professional success. Yet, it’s Kim who faces the brunt of the criticism regarding their marriage. Since her introduction to mainstream media over sixteen years ago, she’s been portrayed simultaneously as a scheming, fame-hungry seductress and a shallow, dim-witted airhead. People can’t settle on any one stereotype and have a tendency to attack her on all fronts, leaving her feeling vulnerable and ashamed more often than not.

Unlike her marriages to music producer Damon Thomas and basketball champ Kris Humphries, Kim did her utmost to stick it out to the end — despite Kanye’s public outbursts.

At the outset of the KUWTK video, Khloe tells the audience that her sister Kim has been “struggling privately behind the camera about her relationship.” In the following clip, Kim’s seen crying her eyes out over Kanye, saying that she feels like a “loser” for ruining yet another marriage. Khloe adds that Kim’s been redirecting her “frustration, sadness, anger” to other aspects of her life.

She says that she needs to be happy and can’t endure Kanye’s tumultuous behavior her entire lifetime. The mother-of-four then expressed a great deal of guilt over not being able to follow her husband to a “different state every year,” adding that Kanye deserves a wife who would wholeheartedly support him through each and every move.

I’m still in this place where I’ve been stuck for years […] He should have a wife that supports his every move and travels with him, and I can’t.

Kim felt the pressure on more than one occasion to be the dutiful wife and support him through his irrational decisions lest she is vilified for abandoning yet another husband. However, there’s only so much one can take when it comes to unpleasant, emotionally draining relationships.

What’s particularly scathing about her lamentations is that she’s the one who has to keep her head down to “raise the kids” when Kanye goes off on his wild adventures. The rapper has been cycling in and out of controversies for a while now, including a failed presidential campaign that turned out to be more of a travesty than a legitimate candidacy — many of his actions have ricocheted and impacted his own family.

There’s no denying that Kim may have leveraged her high-profile relationship to drum up publicity for many of her projects. She’s by nature an ambitious, driven woman who thinks strategically about building her empire. At the same time, Kanye is no better — he has benefited as much from the marriage. He’s referenced Kim in his music; he’s shared intimate details of their personal life as a way to promote his ideas, he’s talked about his kids at length to garner sympathy for his cause.

What’s even odder is when people start branding Kim as the “gold digger” in the relationship, forgetting that she’d already been one of the wealthiest, most influential television personalities before meeting Kanye. She didn’t need the connection to add more dollars to her fortune; being a celebrity pays for itself after a while anyway.  However, it’s a different conversation with fame, as many pointed the finger at Kim for hitching Kris Humphries as a publicity stunt.

Additionally, it’s crucial to note that Kim herself is aware of her chaotic history with love and how it’s discussed in the press. She has a realistic grasp of how she will be depicted if and when her marriage falls apart — she’ll be portrayed as someone who leaves at the drop of a hat, someone who evades commitment to chase materialistic pleasure, someone who’s willing to jeopardize her dearest bonds in the name of fame.

It’s not inaccurate to say that Kim may have been someone with those characteristics in the past, but over the last seven years of marriage, she’s genuinely bought into the concept of everlasting love, of having a big, beautiful family unaffected by tragedy, sadness, or human missteps. Sometimes, marriages do lose their magic, and it’s up to the parties involved to take measure to either dissolve their partnership or tough it out in hopes of a better future.

Kim suffered in the second category for a long time before realizing she needed to prioritize herself and let the marriage run its course. She certainly should take the time she needs to grieve about the situation and shed as many tears as she’d like. A long-time partner cannot disappear from your life overnight, especially when you share four kids with them. Kim doesn’t deserve the judgment she receives about being so vulnerable with her emotions and for daring to be upset about a doomed romantic connection.

Kim and Kanye did love each other, and it’s not wholly their fault that their marriage couldn’t survive their divergent lifestyles. The rest of the world may have had their reservations about Kim and Kim’s marriage, but Kim had no reason to believe that it would be anything other than a fresh slate. Kanye was supposed to be her third-time-lucky charm; the fact that it didn’t work out that way shouldn’t be grounds for belittling her.

Allow yourself to grieve over the death of a relationship

If we can spend months and years aching over the death of our loved ones, it’s only fitting that we give ourselves the time and space to cry about a broken love story. Not everyone can be strong in those immediate weeks following the dissolution of a relationship, so it’s okay to cry a river and adjust your body and mind to the new reality. Kim Kardashian’s emotional breakdown is an exercise in letting yourself be vulnerable and admit your shortcomings to yourself. As much as today hurts, it will eventually get better; you’ll heal, and you’ll find it in yourself to be happy again — either with someone else or with just you.

Uber Driver Donates a Kidney to His Passenger – Here’s Why He Insists It’s Not a Coincidence
It Takes One Person To Make You Feel Like You Matter | Kyle Scheele Inspirational Speech | Goalcast
Parents issue warning after teen dies from inhaling aerosol deodorant
Sweet Revenge: Woman Wins Lottery Jackpot After Husband Leaves Her for Best Friend
Detroit Couple Turn Vacant Lots to Bee Farms – Including the Childhood Home of One Legendary Rap Superstar