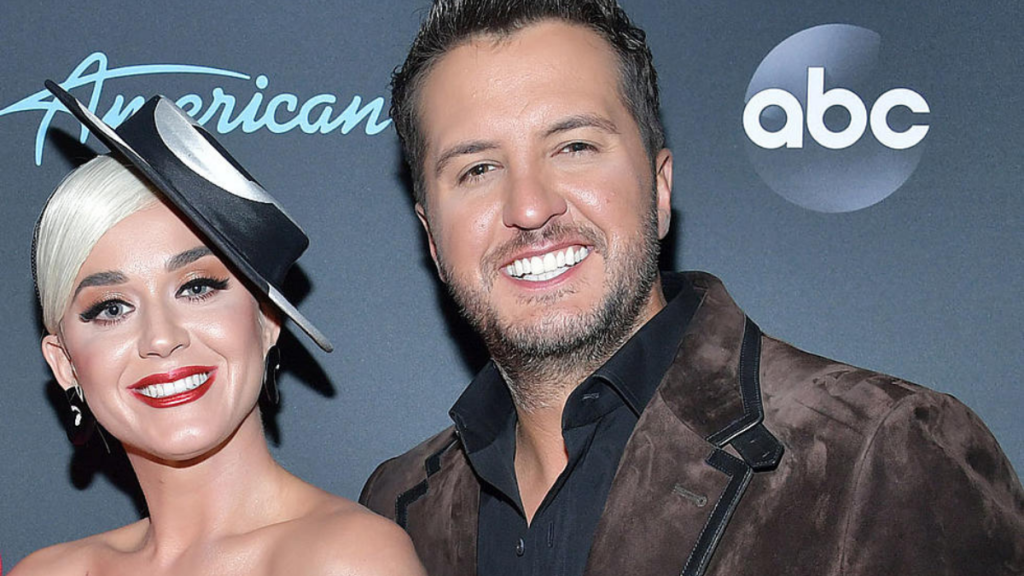 Who has the time?

It’s a question women often ponder upon as we go about our busy days. Of course, we already feel like we’re carrying the weight of the world on our shoulders, so when we’re hit with yet another critical remark about our bodies or our careers or our choices, we just have to endure, smile through gritted teeth, and move forward.

Katy Perry had this occur to her recently when her American Idol co-judge Luke Bryan made a rather unseemly but innocuous joke about her hairy legs. The two have established a wonderfully strong rapport over the last couple of years, so the comment likely isn’t going to have a bearing on their dynamic.

However, it’s worth examining this lighthearted exchange to explore how women get treated in general for rejecting the aesthetic standards as defined by the patriarchy. It’s also crucial to take a moment to celebrate the women who approach their bodies with so much pride and acceptance.

Luke said Katy has to do “something about this leg hair”

Katy Perry disclosed on a recent episode of American Idol that she’d stopped shaving her legs upon welcoming her daughter Daisy Dove back in August 2020. Her remark was in response to a contestant’s performance, which Katy found to be so captivating that it made the hairs on her legs stand up at full attention. She explained that “as a new mother, I don’t have very much time so I’ve quit shaving my legs.”

It was a cute, relatable revelation that Katy shouldn’t have had to justify or expound on. Yet, an Instagram Story glimpse into their behind-the-scenes adventures showed Luke persisting with the gag and poking fun at his co-judge’s body choices. In the short clip, he’s seen saying, “I know you’re a mom and everything, but we gotta do something about this leg hair.”

However, as cheery and innocent as his comment appeared to be, Katy wasn’t going to let it slide. She responded by saying, “No! I don’t got time! I’d rather cuddle with my daughter!” She also posted a photo of her aforementioned hairy legs, hashtagging it as “MomsKnow.”

She couldn’t have hit the nail on the head better. Motherhood is such a seismic phenomenon that it’s nearly impossible to invest your energies into something as trivial as body hair. In addition, Katy has been more than forthcoming about how bringing Daisy Dove into the world has turned her life upside down; she is no longer concerned about tending to material pleasures that fade in a matter of moments.

The I Kissed A Girl singer told L’Officiel Magazine that she’d been obsessed with seeking validation from the outside world as a performer. With the arrival of Daisy, however, she doesn’t need to abide by those metrics anymore. She has finally accepted herself the way she is and has directed her full attention into spending and cherishing every moment with her daughter.

I don’t feel like I have to be ‘on’ anymore, and I think that’s because I’ve figured out both my professional and personal lives. I’ve weaved them together to be a full-fledged functioning human…of sorts.

Luke Bryan, to be fair, does hold a tremendous amount of respect and admiration for Katy. He commended her multitasking abilities as a working mother, calling her a “rockstar.” He was particularly impressed by how she’d find a way to Facetime her fiancé and baby during the shooting breaks, and still show up at work like a “trooper.” It’s clear that his remark about Katy’s hairy legs was more an ill-advised wisecrack than a cruel opinion about her appearance.

Nevertheless, Luke’s attempt at humor does underline how the pressures of conforming to a feminine beauty ideal are still well and alive. Yes, heaps of progress have been made in this department, but the requirements that women have to meet regarding personal grooming are far higher than those faced by men.

What’s a little unfortunate is that Katy had to justify not shaving her legs in the first place. Not everyone needs to be swamped by the demands of motherhood or their skyrocketing careers to have the freedom to defy these beauty norms. You could have all the time in the world and still decide not to shave your leg or armpit hair. Ultimately, it’s your body, your choice, so as long as you feel comfortable in your skin, you don’t have to answer to anyone in the world.

Thankfully, Katy isn’t the only celebrity who has demonstrated mastery at donning their body hair with pride.

At the 1999 premiere of Notting Hill, Julia Roberts turned up on the red carpet unabashedly displaying her bushy armpits. It may have triggered a great deal of pearl-clutching among audiences at the time but also pioneered the way for how women could embrace body hair in the industry. Julie elaborated on the iconic moment years later, saying that she hadn’t intended it to be a statement; she had just grossly miscalculated the length of her dress sleeve and had not planned to wave at the crowds. “So it wasn’t so much a statement as it’s just part of the statement I make as a human on the planet for myself.,” she explained on Busy Tonight.

Over the years, a number of celebrities, including A-listers like Miley Cyrus, Drew Barrymore, and Cardi B, have sported body hair on multiple occasions. It’s safe to say that the stigma of body hair has reduced considerably, though there’s still a long way to go.

The body positivity movement has seen several celebrities embrace other natural elements of their evolving bodies. Chrissy Teigen has opened up about everything from period acne to stretch marks. “Whatevs,” as she calls it, oh so casually. Jessica Simpson gave her followers a vivid photo of her swollen feet during pregnancy. Kim Kardashian, who is generally thought to be quite vain, flouted assumptions and posted photos of her psoriasis symptoms. She isn’t afraid of getting honest about her body, either.

Your body will keep changing — embrace it

There’s no two ways about it; your body is a living, breathing organism and will keep changing with or without your permission. It’s one of the inevitable conditions of being human. Yes, we have control over a few of these changes, but most of your body will keep developing in its unique ways, and you won’t be able to stop those processes from happening.

All we can do is embrace, or at the very least, tolerate these changes and not pay them any heed. Of course, it’s all too normal to spend months and months of your time obsessing every minor “flaw,” but that’s only keeping you from savoring other areas of your life that genuinely deserve your utmost attention. Body hair is part of your evolution and growth as a human being, so if you want to let it fly, no force in the world can stop you.

Deliveryman Arrives to Pick Up an Order From a Bakery – Breaks Down When He Finds Out Why His Own Name Is on the Package
Domino’s Employee Delivers a $12 Order – But the Unusual Tip He Received in Return Takes Him by Surprise
It Takes One Person To Make You Feel Like You Matter | Kyle Scheele Inspirational Speech | Goalcast
Parents issue warning after teen dies from inhaling aerosol deodorant
This Year, Let Go Of The People Who Aren’t Ready To Love You