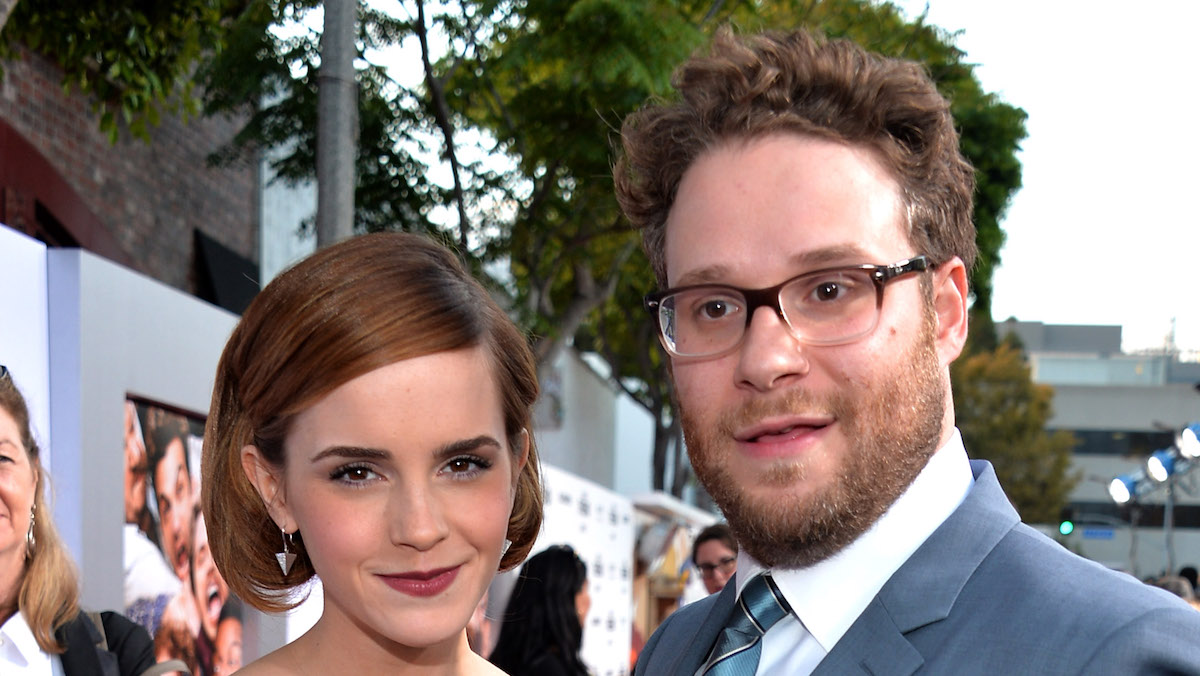 When it comes to the rumour mill, old stories can recirculate at any given time, even when the narrative isn’t true. If the story is about a powerful woman doing something supposedly outrageous, then it is almost guaranteed to make a comeback eventually. That is, until the rumour is finally put to rest.

Hollywood rumours however can be heard across oceans, which is why when Seth Rogen chose to publicly clarify an old misunderstanding involving Emma Watson, he chose to do the right thing.

Emma stormed off the set, causing people to speculate

The rumor, dating all the way back to 2013, was that Emma Watson supposedly walked off the set of This Is The End during filming. The scene in question involved Danny McBride as a cannibal and Channing Tatum on a leash. Seth Rogen co-wrote, directed and starred in the movie, giving his word a lot of weight on the subject matter. When asked of the alleged “walk-off” in a recent interview with British GQ, Seth said:

I mean, I don’t look back on that and think, ‘How dare she do that?’ You know? I think sometimes when you read something, when it comes to life it doesn’t seem to be what you thought it was. But it was not some terrible ending to our relationship.

Seth illustrates just how much of a nonissue the supposed incident was saying, “She came back the next day to say goodbye. She helped promote the film. No hard feelings and I couldn’t be happier with how the film turned out in the end.” Rogen adds, “She was probably right. It was probably funnier the way we ended up doing it.”

But Seth was not done setting things straight

However, after the British GQ article was published, the story warranted further clarification. Then, in a true example of 2021 male allyship mentality, Rogen took to Twitter on March 29 to set the record straight.

Rogen tweeted a lengthy note saying, “I want to correct a story that has emerged from a recent interview I gave. It misrepresents what actually happened.”

Emma Watson did not ‘storm off the set’ and it’s s****y that the perception is that she did.

Seth clarifies that, “the scene was not what was originally scripted, it was getting improvised, changed drastically and was not what she agreed to.” Then to drive the point home Seth states, “The narrative that she was in some way uncool or unprofessional is complete b*******t.”

While Emma Watson is a highly vocal female role model capable of setting the record straight on her own, Seth’s public defence of her name is the type of male allyship we increasingly see more of in 2021. Emma Watson is a talented actress, outspoken activist, Brown alum and UN Goodwill Ambassador. One of the UN campaigns she helped launch has a particular irony given this situation. The specific UN Women campaign is called HeForShe and is about gender equality, more precisely it is an international effort to encourage men and boys to essentially be greater allies to women.

Seth doesn’t only stop at clearing Emma Watson’s name from the rumor mill drama, but he also takes ownership of the incident saying, “I for sure should have communicated better and because I didn’t, she was put in an uncomfortable position.” Rogen even goes so far as to commend Watson for speaking up stating, “it must have been hard for her to say something and I’m very happy and impressed that she did.”

Seth is setting an example

Gender equality issues are not just women’s issues, but they affect everyone. The burden has largely fallen upon women to represent ourselves, but male allyship and involvement in the fight for equality is necessary for achieving victorious results. Female empowerment is a movement that all genders must participate in in order for equality to be truly realized.

In this instance a powerful woman was being vilified for what sounds like a misunderstanding that was outside of her control. That tale sounds like one that is as old as time. But what wasn’t typical about this tale is that a man with the authority to clear up the misunderstanding actually did so publicly. He cleared Emma Watson’s name of any diva-like behaviour, he accepted responsibility, and he commended her for speaking up.

Seth Rogen recognized that he had the power to do something about a misrepresentation of Watson in the media and he seized the opportunity to do so. The example Seth sets forward is to do the right thing, but especially when you have the capability and responsibility to bring forth positive change.

When Emma Watson began championing the HeForShe solidarity campaign publicly in 2014, she did so with the intention of inspiring men to step up for women in the future. It seems as though the future is here and while there are many more men who still need to step up to support women, we can start by looking at what Seth Rogen did right. Seth used his voice to speak facts instead of fiction, then he took ownership of the situation given those facts, and additionally expressed gratitude to Emma for standing her ground.

Change starts at the individual level

Being an ally can be likened to being a friend of a cause. The advocacy work Emma has done in the past has called upon men specifically to be allies to women’s empowerment. While we have a lot of work to do before women have full equality, one way that we can get there is by all being advocates for one another. Our genders after all are not the most interesting things about us, but it is our characters and the things that we choose to say or do.