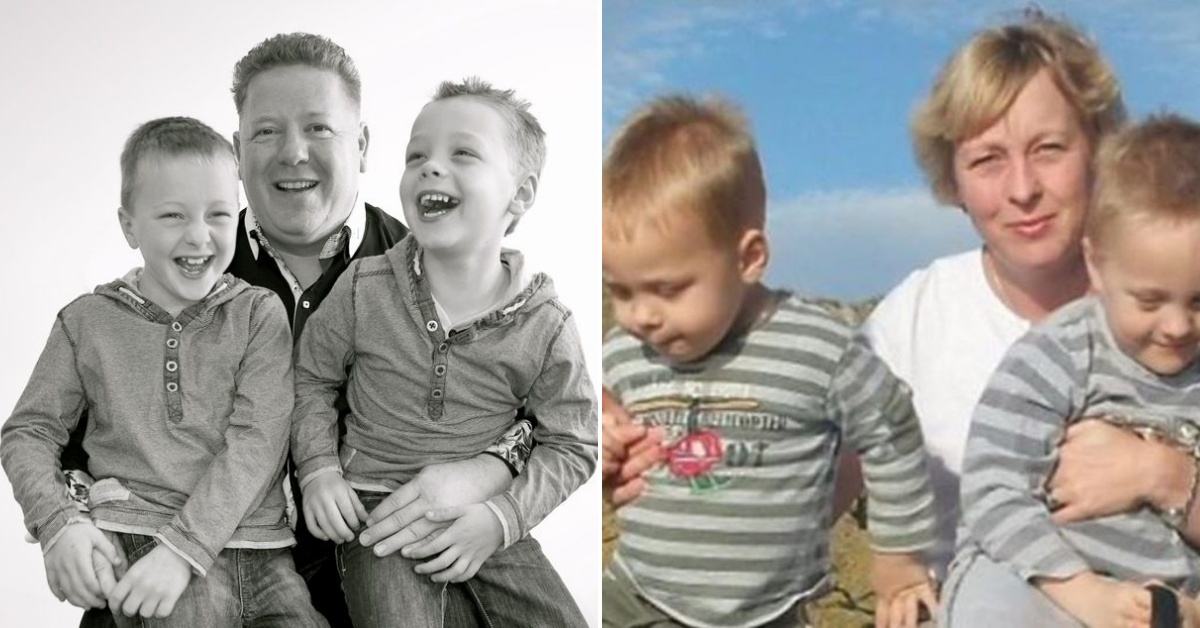 A dying wife’s heartbreaking bucket list helped her husband through heartache and created a legacy inspiring countless others.

Since meeting at an ice skating rink, St. John (who goes by the name Singe) and Kate were inseparable. They shared a strong love for the outdoors and for each other.

“When you’re that much in love with each other, it’s the only way to be”

Soon after they married, they welcomed their first child, son Reef, into the world. Their delight at expecting a second boy, Finn, was cut short when they found a lump on Reef’s stomach.

In a heartbreaking turn of events, doctors’ diagnosis, giving Reef only a slim chance to live, sent a shocked Kate into early labor. She delivered Finn two months prematurely.

Sitting by his bedside, Kate told Mirror she would “swap places with Reef in a heartbeat.”

In a shocking and sad twist, that is exactly what happened.

One day, Kate noticed a lump on her breast. She was diagnosed with cancer, but given an 80% chance of survival.

Yet after weeks of chemotherapy, her condition deteriorated until it became terminal.

Meanwhile, Singe and Kate’s beloved son Reef’s health improved so much that he was running and riding a bicycle. Younger brother Finn was also on the mend.

“It was as if someone had said, ‘We’ll let you have Reef, but you can’t have both’”

With little time left, Kate made a list containing both guidance for Singe and a bucket list of adventures for her sons.

“Kate’s thinking was that if she couldn’t do the things we had planned, at least I could do it with ‘bits of her’, meaning our boys”

Scribbling on post-its or texting when too weak to write, she asked Singe to “make sure the boys have a playroom”, “go to as many school assemblies as possible” and to “kiss them goodnight.”

She also wanted them to one day go “scuba diving with fishes in Egypt” and “attend a rugby match”, their favorite sport.

Kate also left memories for her sons to remember her by, like how “mummy loved how sparkly Reef and Finn’s eyes were in Lapland,” and that she “loved guinea pigs and butterflies, Walnut Whips, strawberry cheesecake”.

Although her absence still weighs heavily on her loved ones, Kate’s legacy not only endures but expands.

That’s because in an “effort to stay upbeat,” Singe has turned Kate’s final wishes into a book: ‘Mum’s List‘. It has since been turned into a movie, starring Emilia Fox as Kate.

Singe is happy that this gave the boys a special memory of their own mom.

“I wanted them to get an idea of what she was like – she was pretty cool!” he says.

Singe is still amazed at his late wife’s strength during her final days.

“Even when she lay dying, she used her very last reserves of energy to do something life-changing”

We often think of legacies as leaving a large inheritance or some prestigious award. Yet more often, it’s things like a mother’s lasting love that stand the test of time.

Detroit Couple Turn Vacant Lots to Bee Farms – Including the Childhood Home of One Legendary Rap Superstar
How to Un-Stub Your Toe on the Nail of Life | Eric Bailey Motivational Speech | Goalcast
The Single Greatest Mistake A Man Can Make | Jordan Peterson
It Takes One Person To Make You Feel Like You Matter | Kyle Scheele Inspirational Speech | Goalcast
This Year, Let Go Of The People Who Aren’t Ready To Love You