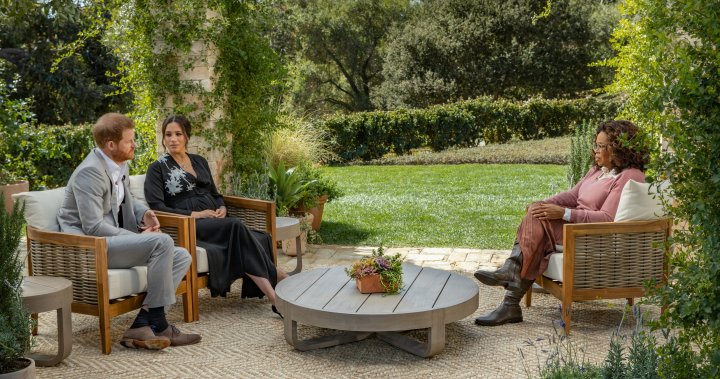 In the latest news surrounding Buckingham Palace and the Royal Family, the palace is currently considering appointing a diversity chief.

According to royal expert and journalist Afua Dom, this role entails looking at the processes in the palace as to how they deal with matters of diversity, such as LGBTQ2, race and employing people with disabilities.

“Buckingham Palace have apparently had a review over the past few weeks and have seen that not enough has been done to address diversity within Buckingham Palace as well as Kensington Palace and some of the other Royal households,” said Adom.

Adom says recently, Gayle King of CBS This Morning revealed that conversations between Prince Harry, Prince Charles and Prince William after Oprah Winfrey’s interview were unproductive but are hoping the conversations will continue.

“It’s also been telling that (King) said that nobody had spoken to Meghan yet, and no one had tried to reach out to her, so I wonder if Harry is the point of call at the moment. He is one that’s trying to build bridges,” Adom says.

In July, the Princess Diana memorial is expected to be revealed on what would have been her 60th birthday, Adom says, adding it’s a project Prince Harry and William have both been working on and there may be some reconciliation between the two then.

“I think talks will go on in private. I think we won’t necessarily hear all about them from Gayle King, or from someone else. I think we can expect to see Harry and William, both at that memorial in July.”

On the low polling numbers from the Daily Express for Prince Harry and Markle, Adom says if there was a general election, they would not win it, adding the interview with Oprah was very polarizing.

0:37
‘Not a racist family’: Prince William responds to Meghan and Harry interview

‘Not a racist family’: Prince William responds to Meghan and Harry interview – Mar 11, 2021

“At the moment, the Queen’s popularity is on the rise; Harry and Meghan’s, not so much.”

When it comes to the possibility of Prince William and Duchess Kate Middleton sitting down for an interview, Adom says because they are too busy, they most likely will not.

“They are being worked very hard and they are the new face of the Royal Family at the moment, we’re not going to see them do any kind of sit-down interview,” she says.

Adom notes that while it would be great to hear from them, the Royal Family does not want any more attention drawn to them negatively.

“The Royal Family want to go back to the days where they had that attitude of, ‘Put up and shut up’ and never talk about yourself,” she says.

“It’s all about the family and the institution that they hold. Having Prince William and Kate step out of that and do another kind of celebrity sit-down interview at the moment, frankly, wouldn’t work.”

The Choice We All Have , But Only a Few Apply It | Joe Dispenza
Beyond Dry January: 5 Benefits of Extending Your Break from Alcohol
Slow mornings lead to deliberate days
Parents issue warning after teen dies from inhaling aerosol deodorant
Struggling Single Mom Is Summoned to Courtroom – Judge Issues Her a $350 Fine but Then Changes His Mind