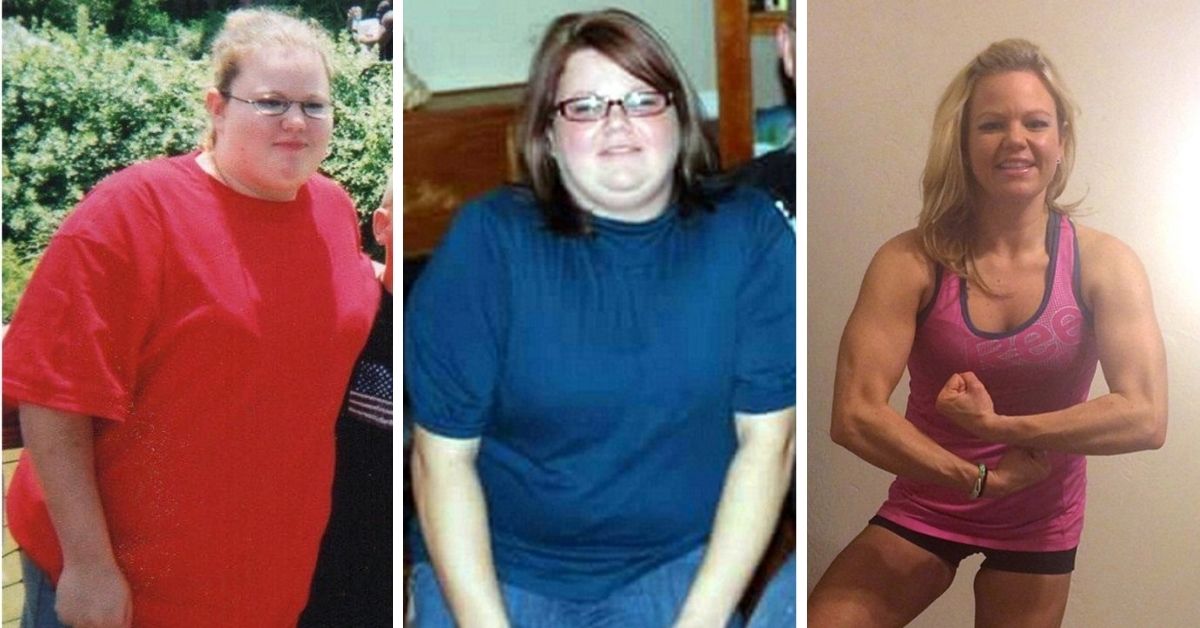 Sometimes getting to your limit is exactly what you need in life. You get to the end of your metaphorical “rope” with an unhealthy or dysfunctional behavior, pattern or situation and then, like the flick of a switch, everything is different.

Tiffany Hatfield found her end of the rope with her unhealthy lifestyle when the scale read 196 lbs and decided to pursue a path of greater health consciousness thereafter.

As Tiffany tells Bodybuilding.com, “My journey began in January 2013. I was simply sick and tired of being sick and tired. I tried to conceive for several years, with no success. It led to depression, anger, and bitterness. I was unhappy with my life, and things only seemed to continue to crumble.”

Except one day, it all changed

Something shifted in Tiffany that would change the course of her life’s trajectory. Tiffany says, “And here is where it gets weird: One day in January 2013, I woke up a completely different person. I got up, worked out, and told myself, ‘Enough is enough.’ I was tired of letting everything control my emotions—tired of being depressed over things I couldn’t control in my life. I realized the one thing I could control was my happiness. From that point on, I told myself I was going to be happy with my life.”

Even if I never have children, I’m going to be happy. Life is too short to live it any other way.

Tiffany’s epiphany led her on a fitness and nutrition journey that turned her life around. Before the weight loss, Tiffany was unhappily married without the confidence to leave her relationship. But after her lifestyle transformation and newly acquired single status, Hatfield says to The Daily Mail:

It was the first time in my life I was living for myself, doing what I wanted to do. I could now enjoy myself.

Despite a disheartening diagnosis, she kept going

Tiffany weighed close to 200 lbs when she began her lifestyle overhaul. Despite being diagnosed with endometriosis in 2005, she was determined to make a change and she did.

Tiffany says of her journey, “I began by walking about four miles every day and emphasizing more balance and nutritious foods in my diet. When this got easier a couple weeks later, I decided I wanted to start running.”

She continues, “I would run a bit, walk a bit, and keep alternating until eventually I ran my first mile without stopping. That felt like my first fitness accomplishment.”

Getting active and taking baby steps would appear to be the key, but research into fitness and nutrition would play a big role in Tiffany’s successful transformation as well.

Tiffany describes, “Each day, I also researched fitness and nutrition. I learned about weight training on Bodybuilding.com and started to incorporate weights into my daily training regimen. I lived out in the country when I first started and didn’t have access to a gym for the first six months, so it was just me and Bodybuilding.com.”

But with time, discipline and perseverance Tiffany made some observations about the process. Hatfield says, “Each day became easier as I fell more and more in love with fitness. I never once wanted to quit. As I increased my knowledge of what it meant to live in good health, it became an addiction.”

It’s the journey that matters

The win is not only in achieving your goals but having the experience and memory of getting there. Tiffany lost 70 pounds by taking control of an aspect of her life. She recognized that she was depressed, unhappy and feeling unhealthy and she decided to make a change. When she couldn’t exercise at first she began her journey by researching nutrition and then substituting her diet of cookies and fried chicken for lean chicken and vegetables.

In order to see the big changes you want to see, and achieve the goals you want to achieve, you have to start somewhere. Tiffany began with research and then she implemented that research into her daily life.

Tiffany notices significant changes in her life since her weight loss journey began. The personal trainer says, “I wake up every day feeling better—physically and mentally. When I looked in the mirror and saw my progress, it inspired me to keep going.”

Hatfield’s transformation has inspired others and even herself. Tiffany says, “I am my own inspiration; nothing will drive me harder than I can drive myself with the determination and dedication to go far.”

While Tiffany may have “woke up a completely different person” one day, that day was building for a long time inside of her. When her situation finally clicked that she was unhappy and could do something about it, she chose action over contemplation.

Sometimes when we want to make a change we can dwell over the idea for a while before making a move. But, when both your physical and mental health is suffering there is no time like the present and no better opportunity than to seize the day.

No matter what your situation, we all have obstacles to overcome. Tiffany chose to go all “carpe diem” and change her life after she opened her eyes one morning. Remember to never get too comfortable with where you are uncomfortable, because you never know what time of day you might say just say “carpe diem” yourself and overhaul your life for the better.