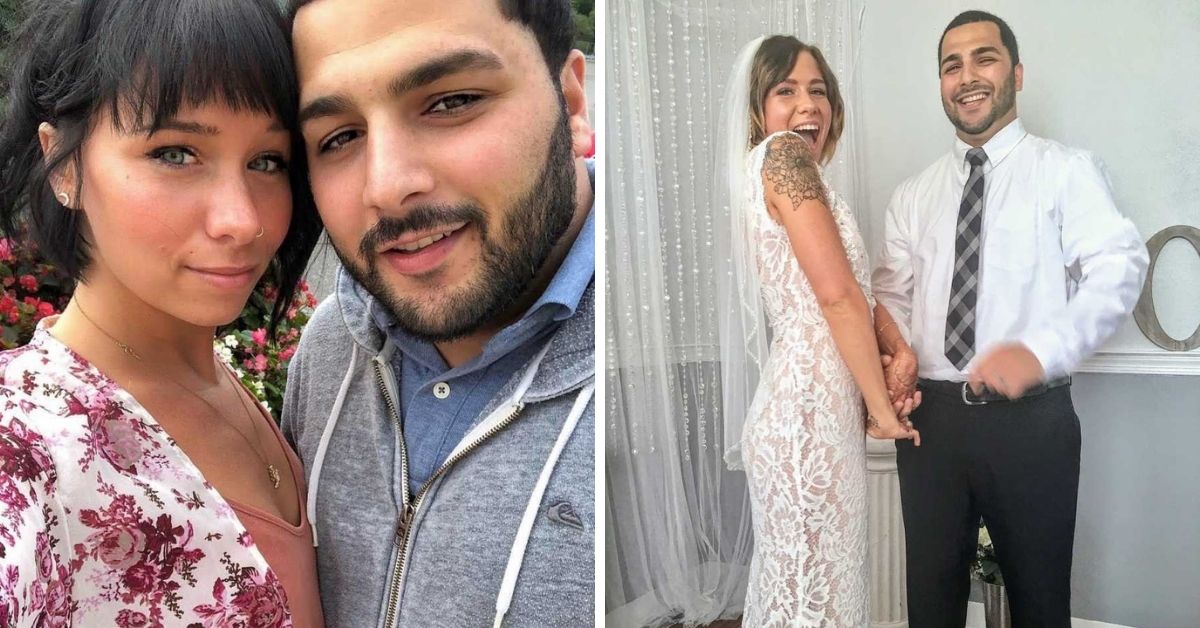 Despite the fact that interracial relationships are not as outrageous as they used to be, the fact remains that there are still people who haven’t opened up to the idea. The unfortunate truth is that there are many who see differences before they recognize similarities.

However, as Shiana’s story illustrates, when you decide to lead with love, even the most difficult barriers can break apart.

She grew up in an intolerant environment

As a child, Shiana didnt really understand her family’s affiliations. Her mother told her stories about wizards that “kept the neighborhood safe.” At the time, she didn’t know that those stories were referring to the KKK.

“Stories were told to me about my grandparents who I did not meet, and how they were part of this elite group of people, keeping the world safe. I felt pride,” Shiana tells in Love What Matters. “I felt like a princess in a Disney movie. But I didn’t realize how much of the truth was being left out.”

It was only when she turned 12 that she finally started to understand the truth, after she saw a picture that would change her life. Going through an old box of photographs, she came across one that struck her. The photograph showed “a tall large man all in white with a hood over his face stood next to a smaller woman. The woman was in black face.”

When she asked her mother who was part of the picture, the answer shocked her.

“‘Oh, that’s my mom and dad. This was their favorite Halloween costume. ’I felt like I was going to throw up. Why would they dress like that? Why is that funny?” Shiana says.

Her mother continued to explain her racist views, but even though she was young, Shiana knew something was wrong.

As time went on, and I learned more about the world around me and current events, the arguments between me and my mother about race increased in severity.

Shiana in Love What Matters

She wasn’t allowed to date outside her race

At the age of 15, after watching a news report about a crime committed by black people, her mother and stepfather began saying “vile things.” Shiana couldn’t keep quiet.

‘I don’t think it has anything to do with them being black.’ I could tell that the atmosphere in the room totally shifted once I said that.

Her mother and stepfather started giving their arguments. “‘They don’t work. They want hand outs from the government, they do drugs, and they commit crimes.’ They rambled one thing after another. I sat and listened,” she says.

“‘Everything you are saying these ‘black people’ are doing, I see white people doing too,” Shania retorted. “I remember living in the trailer park, no one worked for anything. Mom, you aren’t working right now. You say my biological dad has a drug problem, and mom you drink vodka every day.”

Her parents’ views also influenced who she was allowed to hang out with. Her first boyfriend was black but she lied to her mother because she had told her, “Listen to me, if you ever bring home a black boy, I will disown you.”

I knew that if I wanted to date outside of my race, I would have to do it in secret. And I did.

Then she met her husband

At 17, she was kicked out of the house, due to other disagreements, and for the first time, she was free to hang out with whomever she wanted.

I was able to love who I wanted to love, and associate myself with who I wanted. I no longer had this cloud of anger following me.

Fast forward to 2012, Shiana met her husband Zee, who is a Muslim man from Kurdistan. They both worked together in retail while they were in college. They fell for each other. “We fell in love quickly. I can’t remember a day we didn’t spend together,” she said. “We often took trips to the Art Museum in Philadelphia and sat at the top of the steps looking out to the rest of the city.”

The scars from her upbringing still haunted her. Shiana took time before she could muster up the courage to meet his family, as she remembered how her own parents had been intolerant to people who were different.

I was concerned they wouldn’t accept me because I was not Muslim, or from Kurdistan. I was met with the complete opposite response.

As it turns out, her husband’s family welcomed her with nothing but warmth and love. “They never made me feel like I was different from them, and they were open to answering questions I had about their specific celebrations or traditions,” Shiana continued. “I loved hearing stories from when they lived in Kurdistan, and their amazing escape from war to our country.”

Her stepdad reached out to mend their broken relationship

Years later, Shiana’s stepfather reached out to her, looking to rebuild their relationship and maybe mend the bond with her mother. At first, she was wary, afraid that he still held the same views even though she never doubted his love for her. “He was like a dad to me, for the most part,” she said. “I never doubted he connected with me because he loved and missed me.”

My stepdad was much kinder. Much more understanding. It seems like the worst parts of him came out around my mom.

Eventually, Shiana introduced him to her husband. His reaction was hostile at first.

“After the first time they met, my stepdad asked me, ‘So where is Zee from?’” she said. When he found out that Zee was Muslim, her stepdad said: “Shi, you need to be careful. He might try to get you to convert or control you.”

Shiana didn’t let it slide. “I’m going to stop you right there. I have been with him for 3 years. He is a kind man; he doesn’t want me to convert and he is not in any way controlling. You have his culture misunderstood. His family does not have the radical beliefs you think are standard.”

When she got married to Zee in 2016, her stepdad had softened up and seemed far away from the man with racist views she remembered. He even attended their wedding in Philadelphia Pennsylvania. The ceremony was non-denominational. Both Shiana and Zee wanted to focus on their love, not religion.

When I told him I was getting married, he was happy for me. He said that he knows Zee treats me well.

Surprisingly, after the wedding ceremony, her stepdad and in-laws went to eat out and the former paid for the whole family. “He got along well with my husband’s side of the family,” she said. “I think my stepdad offered to pay because he felt like my in-laws had given me a lot more than he and my mom had.”

Sadly, Shiana was not able to reconnect with her mother, who held the same hateful views until the end of her life. But she looks back on her with empathy. “When I think back about how my mom acted, I see that she was human. She was dealing with things, information the best that she could,” she continued.

With time, her stepfather had come to reconsider his past. After her mother’s death, Shiana grew closer to the man who had replaced her dad.

We spoke almost every day and saw each other regularly. He often told me how he regrets allowing certain abusive situations to happen while I was growing up.

Shiana has one powerful advice for anyone going through something similar in their lives.

“The best advice I could give to someone going through something similar is to not lose your individuality. Sometimes you need to keep your thoughts to yourself to stay safe, and that is okay. Your family’s hate is not your burden to carry, and it is okay to lay it down and say it stops with you. Be patient, there will be a time when you can freely express yourself without fear or retaliation.”

We can’t choose the family or environment we grow up in, but we can choose what kind of person we will become. Shiana’s beautiful story of love shows that no matter where we come from, we can always connect and create wonderful relationships.

How I Stopped Feeling Embarrassed and Ashamed of Being Single
Deaf Domino’s Employee Delivers Pizzas on Foot After His Car Breaks Down – In Return, He Gets a “Tip” of $12,000
How To Find True Happiness | David Meltzer Inspirational Speech | Goalcast
How to Show Up When Nothing About Your Life Is Perfect
Femcels: Inside the enigmatic subculture of involuntary celibate women