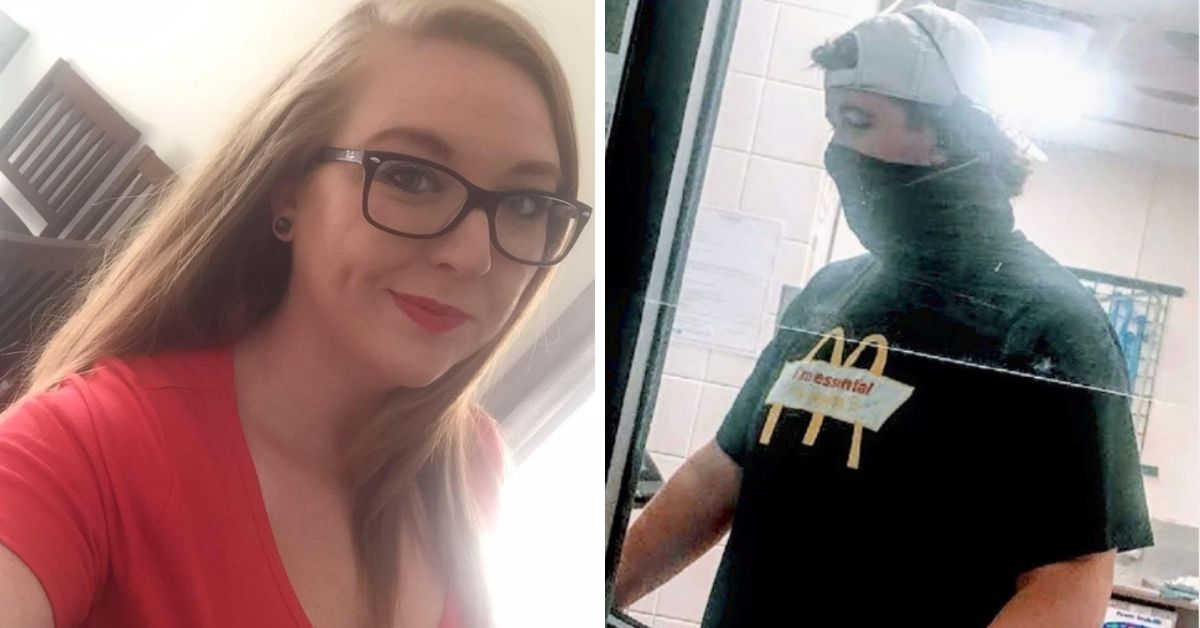 Not being able to pay for one’s meal, whether it’s due to lack of funds or having forgotten one’s wallet at home, is always a mortifying position to be in.

When Brittany Reed found herself in that same situation at McDonald’s, she was saved by an unlikely hero, whose selflessness will warm your heart.

Brittany forgot her wallet at home

In her Facebook post, Brittany says tells the heartwarming story. After her son’s football practice, she decided to pass by McDonald’s for a meal.

My 7 year old daughter started crying because I told her we were having red potatoes as a side for dinner and clearly she wasn’t a fan sooo I threw my hands up and said FORGET it – McDonald’s tonight !

With all her three young children in the car crying, she placed her order at the drive-through–only to realize that she had forgotten her purse at home.

“I look at the young man with tears in my eyes just from being stressed and annoyed and say ‘hun I am so sorry but I have to cancel that order I left my purse at home when we went to football tonight,’” Brittany wrote.

Without hesitating, Wyatt paid for her whole order

Wyatt Jones was at the counter. After Brittany told him of her ordeal, he took out his wallet, and swiped his card to pay for her order before she could say anything else.

Without hesitation, he takes out his wallet and swipes his card before I could even say ‘no I will be right back!’

“What an amazing young man! We hear so much about what’s wrong with the world I had to share a little of what is right,” said Duncan on her Facebook post.

Brittany was shocked. And then she told him she will be right back to pay for her own order. “I was like wait no hun it’s ok I will come back through then he replies ‘no it’s totally fine, my pleasure,’” Brittany said.

But Brittany didn’t forget his kindness

In her post, Brittany praised Wyatt’s kindness.”I just want his parents to know how kind and compassionate your son was tonight,” she wrote.

He made this stressed out momma pause for a moment and realize this is exactly what we parents are trying to do, raise great humans. Well Wyatt sir, you are an amazing human!

Brittany went back and gave him some cash, more than the amount of her order, even though he refused to accept the additional amount. After hearing that he was saving up for a car, Brittany decided she would help him get to his goal.

She set up a GoFundMe page, which she initially set to a $5000 goal. That goal was surpassed as donations came flooding for young Wyatt. So far, over $32 000 has been raised for him.

Wyatt didn’t think his small action was a big deal

“He didn’t expect anything he just did something out of the kindness of heart for somebody in need,” said Wyatt’s father, Kevin Jones.

Even though his parents are incredibly thankful for the amazing reward, they are much more proud of how their son treated a stranger.

It makes you very proud to know when they’re out in the world they’re willing to help other people.

It’s a hard time for everyone, and many people are struggling. Small moments like that, from people who really care, will make all the difference. We can all learn from that McDonald’s employee!

Service Dog Stays at Hospital With His Owner 24/7 — While Nobody Else Was Allowed to Stay
He Was Fatally Beaten by Memphis Police — Now People Around the World Are Sharing #SunsetsForTyre in His Honor
How a social media group dubbed Mom Jeans is helping people fight inflation
Looking for love? 44% U.S. adults use dating apps to find long-term partners: study
Podcast: What to know about “novelty hunting.”