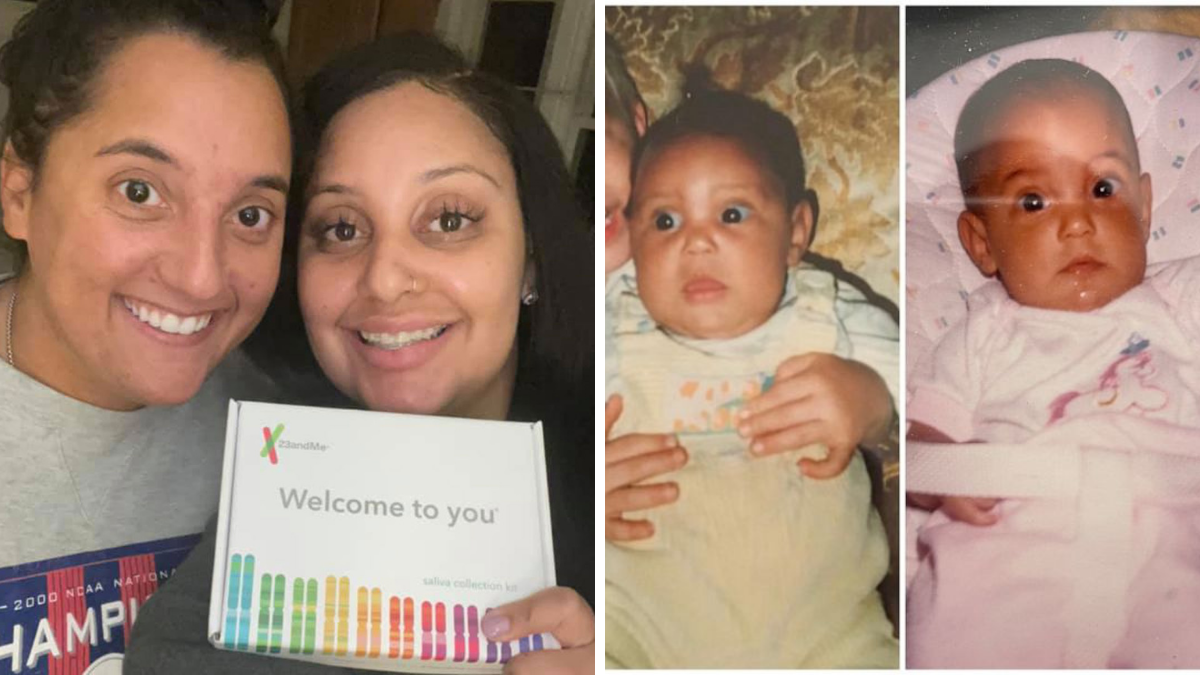 Two women working at the same restaurant in Connecticut for nine years all of a sudden discovered that they’re biological sisters.

A Dominican tattoo sparked it

Cassandra Madison and Julia Tinetti had been working at the Russian Lady restaurant in New Haven since 2013. They’d probably walked past each other thousands of times, but one day Tinetti noticed a Dominican Republic tattoo on Madison’s left arm. Tinetti has the same one on her back, so they got to talking.

“I was like ‘hey are you from the Dominican Republic?’ and she like speeds past me and she’s like ‘yeah but I’m adopted,’” Tinetti recalled to WTNH. “And I’m like ‘wait, so am I!’”

They talked about being adopted and about being raised by single mothers in the US, but they didn’t think they’d could be sisters because of an error in the adoption paperwork.

Still, they started “twinning,” wearing the same clothes and even wore shirts that said “I’m the big sister/I’m the little sister.”

Madison, who’d reconnected with her biological father, decided to ask him if he gave another child up for adoption.

“He was like ‘I’m just so sorry it was just a hard time for your mommy, and I just don’t like to think about it,’” Madison recalled to WTNH.

“That day, I came home and my husband was like, ‘babe how was work?’ And I’m like ‘I’m going to Connecticut tomorrow’ and he’s like ‘what!?’”

The two went to Connecticut to get DNA tests, which proved that they were sisters. It turned out their Dominican family kept seven children and gave two up for adoption.

Two weeks later, they shared the news on TikTok.

There’s not much else that can be said but wow… How is it possible these two women hadn’t found each other until a random encounter working at the exact same restaurant!? It’s a truly unbelievable and uplifting synchronicity.

New Barbie Doll Honours First Black Aviator — Inspires Youth to Take to the Skies (PHOTOS)
All the Things I Didn’t Tell the Men I Dated Because I Was Afraid
Podcast: What to know about “novelty hunting.”
How a social media group dubbed Mom Jeans is helping people fight inflation
8-Year-Old Boy’s Family Is Down to Their Last $12 Living in a Shed – Until His Own Business Saves Them All