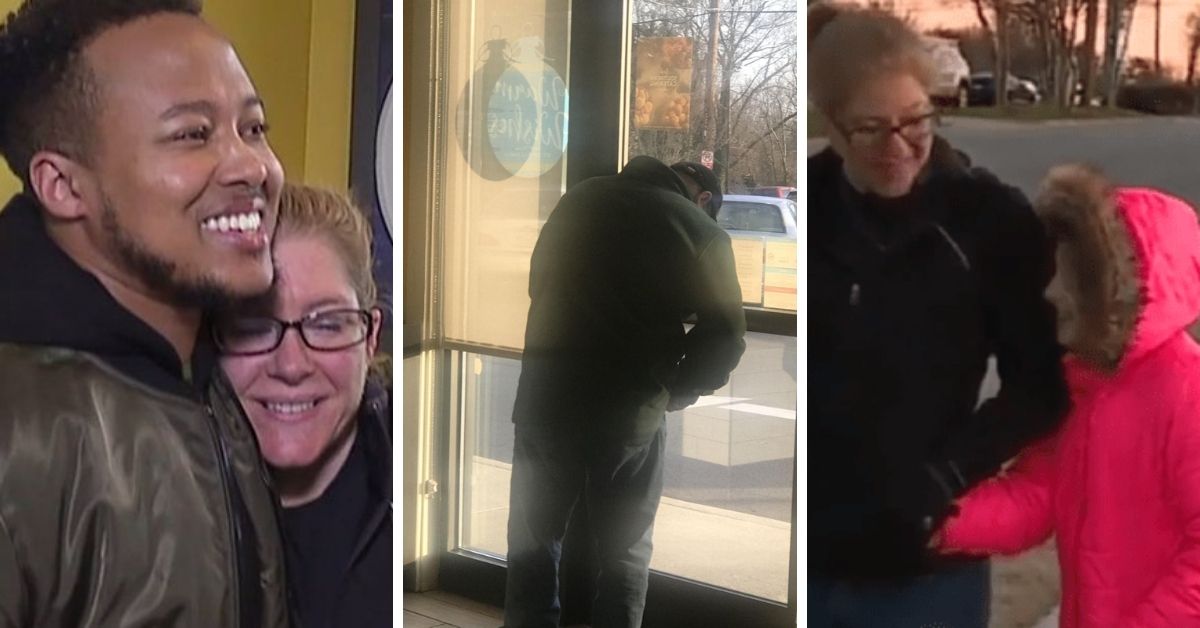 Sometimes, the most important moments of our lives – when we can do the most for someone else – happen in the blink of an eye. And it’s all about how we decide to react in that instant.

In early 2020, Cody Byrd, a North Carolina A&T University graduate student studying computer science, was at a Greensboro area Biscuitville, when he noticed something strange. His decision to trust his instincts potentially saved a little girl’s life.

A stranger was acting super weird

Heather Owen and her daughter, Madeline, were at Biscuitville, enjoying a special treat out on a day off from school. Madeline said she needed to go use the restroom.

Madeline headed to the restroom when her mother noticed that a man who was sitting next to them seemed to be watching her little girl.

“He looked angryish,” she recalled. “Like someone who was having a bad day.”

Not long after, the man got up and started to walk toward the bathroom. Heather noticed and tried to block his path.

“I was just kind of leaning like this, just to kind of peek around the corner at her,” she said. “I saw him standing against the wall like this, and you don’t want to pre-judge anybody ’cause that happens a lot nowadays. I was like, ‘Well, maybe he really is going to use the bathroom.’”

Cody, however, did not want to risk it

That is when Byrd got up. He had seen the man follow the little girl, and could not shake off the uneasy feeling he got from it.

“It’s the kind of vibe he was putting off,” Byrd said. “The fact that when I came in, he was just staring at the girl, and he was just so focused on her.”

And then once he got up to go to the bathroom right out there (where) she went, that’s when I was like, ‘Okay, I’m already not feeling right about this.’

It was a good thing that he did, because only seconds later, Cody was saving the girl from an attempted kidnapping! He pretended to go inside the men’s bathroom, just to see what the strange man would do.

“So it was just a stroke of luck because as soon as I stepped in, I was kind of looking at the mirror, pretending I was going to use the bathroom. I heard the door open for the women’s bathroom and that’s when I stepped back out and I noticed him trying to grab her,” Cody said.

Cody asked the man, “‘So, do you know her? What are you doing?’” He was able to get a photo of the attempted kidnapper before he ran out the door, and also got a photo of his car and license plate.

Within a couple hours Fry was arrested. Heather was immensely grateful for his bravery. “I gave him the biggest hug in the whole world,” she said.

He was recognized for his bravery

Representatives of Biscuitville presented Byrd with a Good Citizen Award on Tuesday at the restaurant and also awarded him with free breakfast for a year.

“I just really want Cody to be sure that he realizes how appreciative we are as a brand and that we certainly do recognize what he did and it’s no small thing,” said Kristie Mitchell, vice president of brand and marketing at Biscuitville. “And so, it was worth the time to stop just to say thank you to him and to be extremely grateful for Cody.”

Never doubt the moment you can make a difference, but just take a second to pay attention to what is around you and trust your instincts.

How I Stopped Feeling Embarrassed and Ashamed of Being Single
If You’re Feeling Judged: One Thing You Need to Understand
Deaf Domino’s Employee Delivers Pizzas on Foot After His Car Breaks Down – In Return, He Gets a “Tip” of $12,000
A More Colorful Approach to Meditation—Creating Your Way to Peace
How a social media group dubbed Mom Jeans is helping people fight inflation