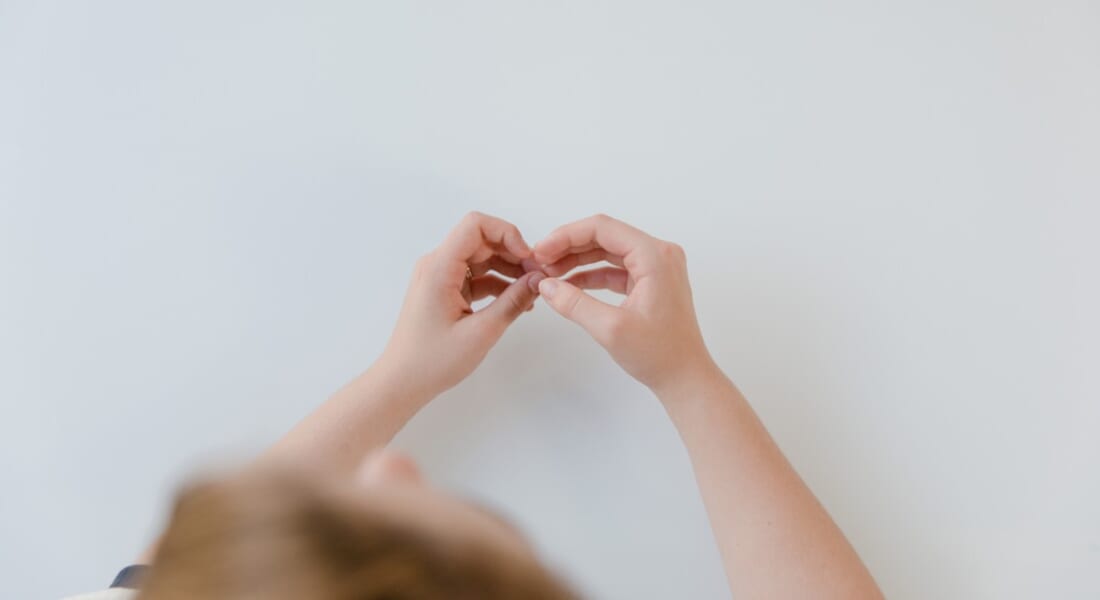 Alex Denman-Sang was born partially deaf. His mother, Jen Denman, remembers how she first got the news.

Shortly after his birth, Alex appeared to be unresponsive during a routine hearing test, sending medical professionals looking for answers. Doctors sent him for additional tests, blood draws, and even an MRI but were unable to figure out the problem. At one point, the baby even had to undergo a battery of hearing tests that lasted for over five hours. Alex’s parents waited nervously for the diagnosis.

Parents Hear the Heartbreaking Diagnosis for the First Time

Doctors confirmed their initial fears: Alex was born with Bilateral Moderate Sensorineural hearing loss, leaving him partially deaf. While the condition can be caused by exposure to loud noises, ear infections, or simply aging, some people are also born with it. Sadly, that was Alex’s case.

RELATED: Three Desperate Foster Children Are Told to Open Their Christmas Presents — The News They Receive Will Warm Your Heart

Denman said she had an easy pregnancy and had no reason to suspect that anything would be wrong with her second son’s health. Her first son, Joe, was born perfectly healthy. When they told Joe the news that his little brother’s ears didn’t work quite like they were supposed to, Joe didn’t bat an eye.

“I’ll fix them, Mummy,” Denman recalls Joe saying. And off he went to look for a screwdriver. That, said the boy, was how to fix things.

The screwdriver wasn’t the miracle fix the baby needed—but a pair of hearing aids were. After Alex was fitted for the hearing aids, his mother’s voice is the first one he heard. Denman recorded a video of Alex sitting on his father’s lap and hearing her voice for the first time. He was just five months old.

Alex’s parents posted the video to Twitter. “Hey, it’s Mummy. Mummy,” Denman croons to her son in the video. Alex breaks out in a huge grin when he hears his mother’s voice for the first time. All smiles, Alex looks around wide-eyed in amazement while his father can’t take his eyes off him in that magical moment. When his mom says “hello,” Alex squirms in excitement in his father’s arms.

“It was only meant for family and friends,” Denman says of the video. She recorded it to document the momentous occasion. But after she posted it, the video quickly went viral. It’s not far from reaching one million views.

The heart-warming video, which many Twitter users admitted made them cry, was also shared by Alder Hey Children’s Hospital in Liverpool (England), the hospital where Alex received his hearing aids. One Twitter user said: “Brilliant. That looks like the happiest kid ever.” It’s an apt description of the baby who is seen wiggling on his father’s lap with a huge, toothless grin on his face. Many people also commended the hospital staff who are making such a huge difference in people’s lives every day.

Alex’s big brother Joe has been learning baby sign language with the rest of the family. They use signs daily when they communicate with Alex, but now the boy can hear the voices of his loved ones, too.

Alex’s hearing loss is permanent, and he’ll always need the hearing aids. The baby also has to be monitored constantly. His parents say he likes to pull his hearing aids out and chew on them. Despite this initial setback in his young life, that sounds like a happy, normal baby!

Man Notices Grandmother Raising 4 Children Alone Lives in Poor Conditions – So, He Decides to Trick Her

7 False Beliefs That Will Keep You Trapped in Your Head Forever
Woman Finds Her Elderly Neighbor Living in a Destroyed House – Decides to Takes Matters Into Her Own Hands
Food inflation: Shoppers turn to saving hacks long used by older Canadians
Uber Driver Donates a Kidney to His Passenger – Here’s Why He Insists It’s Not a Coincidence
How to Un-Stub Your Toe on the Nail of Life | Eric Bailey Motivational Speech | Goalcast