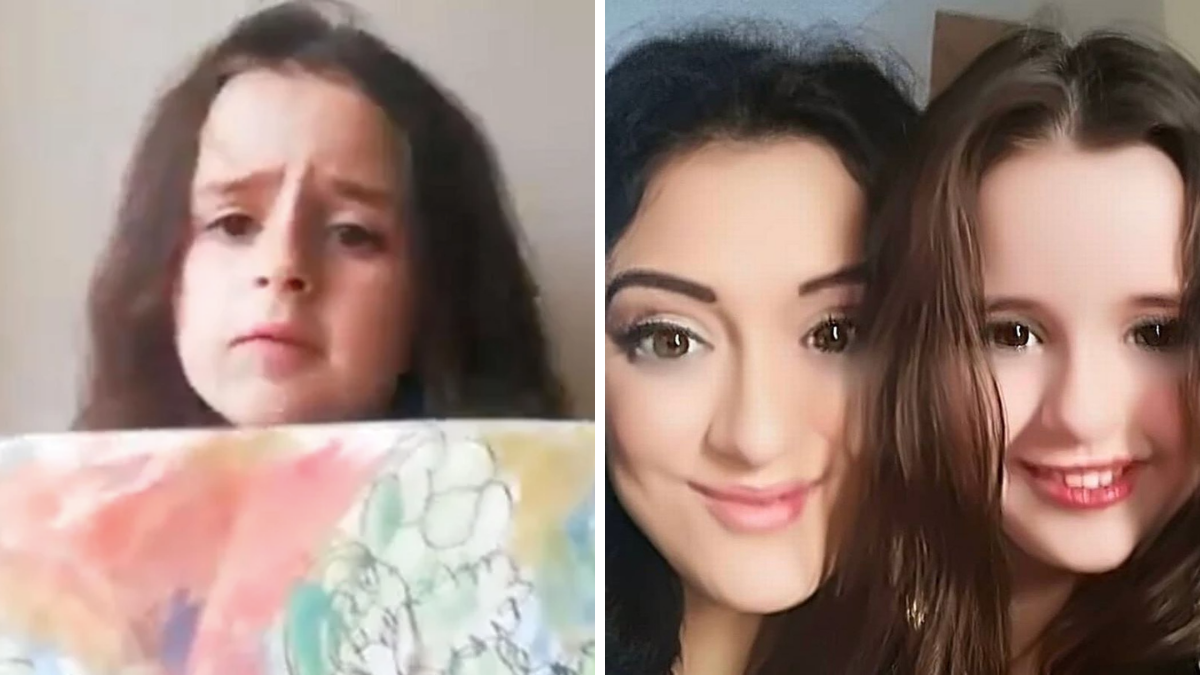 A young girl’s beautiful artwork went viral after a teacher told her it was “wrong.”

‘You can’t do art wrong’

Gemma Leighton felt awful for her daughter, Edie, when she came home, dejected. The 6-year-old said the art teacher said she did her project “wrong.”

So, the caring mom took to Twitter to cheer her daughter up.

In a post, she explained what the teacher had said, and proclaimed: “You can’t do art wrong!”

“She was so upset as art is her favourite thing to do,” the post continued. “Can you please show Edie some support and like her painting?”

My 6 year old daughter painted this amazing scene at an after school art club.

Her art teacher told her she had done it wrong?!

You can’t do art wrong!

She was so upset as art is her favourite thing to do.
Can you please show Edie some support and like her painting? pic.twitter.com/LV8rOgPwjc

The post now has over 145,000 likes and some have purchased prints.

Many of the comments shared how they, too, were discouraged from a young age but turned out to become artists later in life.

“Honestly, I am absolutely blown away from all the amazing positive comments about Edie’s painting. I wasn’t expecting such a response!” Thank you to all of you who have liked and left comments,” the mom shared in another tweet.

“You have made one little 6-year-old very happy indeed.”

In another tweet, Edie thanked everyone for their support — and as a surprise to her mother, she shared that she planned to sell prints on an Etsy account.

“Edie would like to thank everyone for the kind and encouraging support,” Leighton wrote. “She feels much more confident than she did this morning and will continue with her art.”

Edie would like to thank everyone for the kind and encouraging support.
She feels much more confident than she did this morning and will continue with her art and is apparently now opening an etsy shop (first I’ve heard of it😂😂😂)

And a huge thanks from me too.. You’re all ace pic.twitter.com/23rjcHBh5S

The Etsy page now has 34 sales.

Sure, it’s possible that Edie wasn’t following the assignment to the ‘T,’ but telling a 6-year-old she’s wrong is simply not a way to encourage her to be creative. It’s amazing that despite this teacher’s mishandling of her student, complete strangers reached out to show their appreciation of Edie. Hopefully, her love of art continues for years to come.

Beyond Dry January: 5 Benefits of Extending Your Break from Alcohol
The Choice We All Have , But Only a Few Apply It | Joe Dispenza
This Is What Self-Care Really Means, Because It’s Not All Salt Baths And Chocolate Cake
7 False Beliefs That Will Keep You Trapped in Your Head Forever
How to be the Smartest in the Room | Ibram Kendi | Goalcast