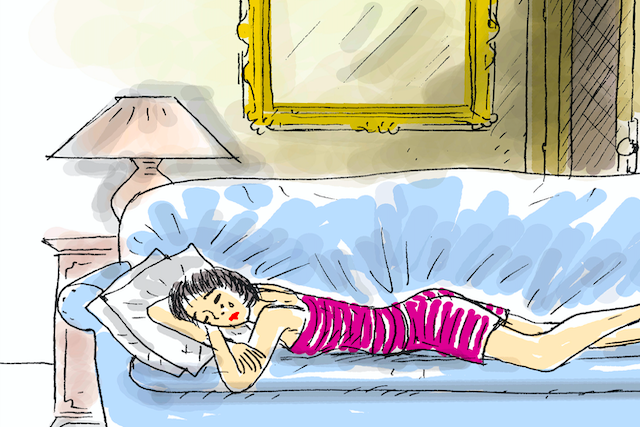 “I wish I could show you, when you are lonely or in darkness, the astonishing light of your own being.” ~ Hafiz of Shiraz

When we think of illness, we don’t usually equate it with loneliness; however, there seems to be a huge connection between the two conditions.

The fact is, when dealing with health challenges, we are most connected to our bodies: we are one with ourselves. Even when we have thoughtful and caring loved ones in our inner circles, these individuals can never truly understand what we’re experiencing on a physical, psychological, and spiritual level.

Illness is lonely, but loneliness is not just about being alone; it is a state of mind. Being lonely is about feeling disconnected from those around you, whether from an interpersonal or universal standpoint. Those who are lonely feel empty and drained.

For years, I’ve pondered the connection between loneliness and illness. My musings began in 2001 at the age of forty-seven with my first bout of cancer.

While raising three teenagers, and after having a routine mammogram, I learned that I had an early-stage form of breast cancer called DCIS. I was given the option to receive radiation, which would result in a severely deformed breast, or to have a mastectomy. I chose the latter. I thought it would be better living without a breast than being grossly deformed.

The shock of the diagnosis magnified my already complicated feelings about being an only child. My loneliness grew deeper because my surgery was the week of 9/11. While the country was mourning the horrific terrorist events, I mourned the loss of my breast. The presence of both internal and external mourning magnified my already intense feelings of loneliness.

I chose the best surgeons in the country, and my post-op recovery went extremely well; however, I struggled emotionally. No matter how many hugs my husband gave me, telling me how beautiful I was, I couldn’t shake the idea that part of my womanhood had been removed—the part of me that nourished my three amazing children.

In spite of all the love around me, I felt a deep sense of loneliness that I was unable to adequately describe or shake. What helped me most was tapping into my lifelong journaling practice. My journal had always been my confidant and best friend, and its role became more vital during this time.

Fast-forward to the present. I’m thinking about a good friend’s experience with loneliness as she navigates her health challenge (she has stage 3 lung cancer). If you met her, you’d think, I want to be this woman—she has it all: a wonderfully devoted husband; many friends; a successful interior-design business; and what appears to be a full, deeply spiritual life.

Working primarily in an upscale California community, she brings magic and joy into the homes of some of America’s most beautiful estates. Because she has such a magnetic personality, many people turn to her for love and support, but sometimes when life shifts in ways beyond our control, we can no longer offer that type of support, and we can only try to help ourselves stay afloat.

We all know how life can shift from one day to the next. What happened to my friend over the course of two years was horrific.

In the early-morning hours of January 2018, she lost her beautiful home in the Montecito mudslide disaster. The following year, she watched her mother’s slow death from lung cancer. After being knocked down by those two events, she picked herself up and continued with her design projects.

Just when she thought there could be no more horrible news, she was asked to deal with one more life challenge—a cancer battle.

It all began at the end of her workday, when she came home and told her husband that she felt weird but couldn’t identify why. They decided to pay a visit to the local emergency room where an EKG was done. The doctors found that the lower part of her heart wasn’t working.

The end result was that she was told she needed a pacemaker, but in preparation, she had a chest X-ray, which showed a large mass on one of her lungs. The first priority was to manage her heart issue, and then deal with the lung mass, which surgical intervention showed to be malignant. This was followed by chemotherapy and radiation.

Under normal circumstances, this story is terrifying, but in this particular case, the terror was magnified by her mother’s recent passing from the same disease and being in the midst of a pandemic. My friend’s own health status triggered memories of her mom’s last months of life, and her slow deterioration in hospice care.

Like myself and others who have navigated a cancer journey, my friend contemplates the fragility of her life—but as she does so, a deep sense of loneliness and sadness often overwhelms her.

It’s been said that there is a “cancer personality.” Those who are generous, loving, and have a tendency to keep their emotions locked inside are more prone to the disease. My friend asked me if I had been scared when I received my breast-cancer diagnosis. I told her there was fear, but my overwhelming feelings were those of loneliness.

“Having cancer was the loneliest experience of my life,” I told her.

“Oh, thank you for telling me that,” she said. “I was feeling that myself, and I wondered if it was normal. It brings me relief to hear that you felt the same way.”

Learning of my friend’s health challenges, I was once again reminded of how lonely illness can be.

I thought back to the day of my breast-cancer diagnosis. The news was given to me on a speakerphone in the office my husband and I shared, as we sat side by side. He hugged me close as I glanced at the black-and-white photos of my three children on the wall, wondering how their lives would change if they lost their mother.

I was glad that my husband listened attentively to the doctor’s words, as I was alone in my thoughts—thoughts that I couldn’t express except in puddles of tears. A deep sense of sadness permeated my being. Knowing that something cancerous is growing inside your body is daunting.

No matter how many hugs my husband and kids gave me, I was unable to shake my profound sense of being alone. Even as I write this article, I feel alone. I never wanted to join cancer groups, which might have helped dissipate my feelings of loneliness. I felt that absorbing other people’s narratives could be exhausting. As an empath, it would drain me, and I needed space for my own healing.

The fact is, that even without having to deal with illness, we’re living during very lonely times. Social media and video calls have now taken the place of direct human interaction, and in many ways, loneliness has become an even more prevalent epidemic, even for those not battling cancer.

Whether dealing with health challenges or the isolation associated with being quarantined as a result of the pandemic, loneliness is a serious mental-health concern. Studies have shown that loneliness can decrease your lifespan by 26 percent, make you more prone to depression, result in decreased immune-system function, and cause stress to the cardiovascular system.

According to Mayra Mendez, a psychologist in Santa Monica, California, the most helpful thing to know about loneliness is that it isn’t something that happens to you; it’s something you can control. She says that it’s important to find new and creative ways to deal with loneliness and to connect with others by whatever means available to you.

Ways to Deal with Loneliness

Let’s never forget: We’re born alone and we die alone. But there’s a lot we can do in between to nurture our souls.

7 False Beliefs That Will Keep You Trapped in Your Head Forever
Haute couture goes ‘surreal’ and upside-down at Paris fashion show
It Takes One Person To Make You Feel Like You Matter | Kyle Scheele Inspirational Speech | Goalcast
This Year, Let Go Of The People Who Aren’t Ready To Love You
Parents issue warning after teen dies from inhaling aerosol deodorant