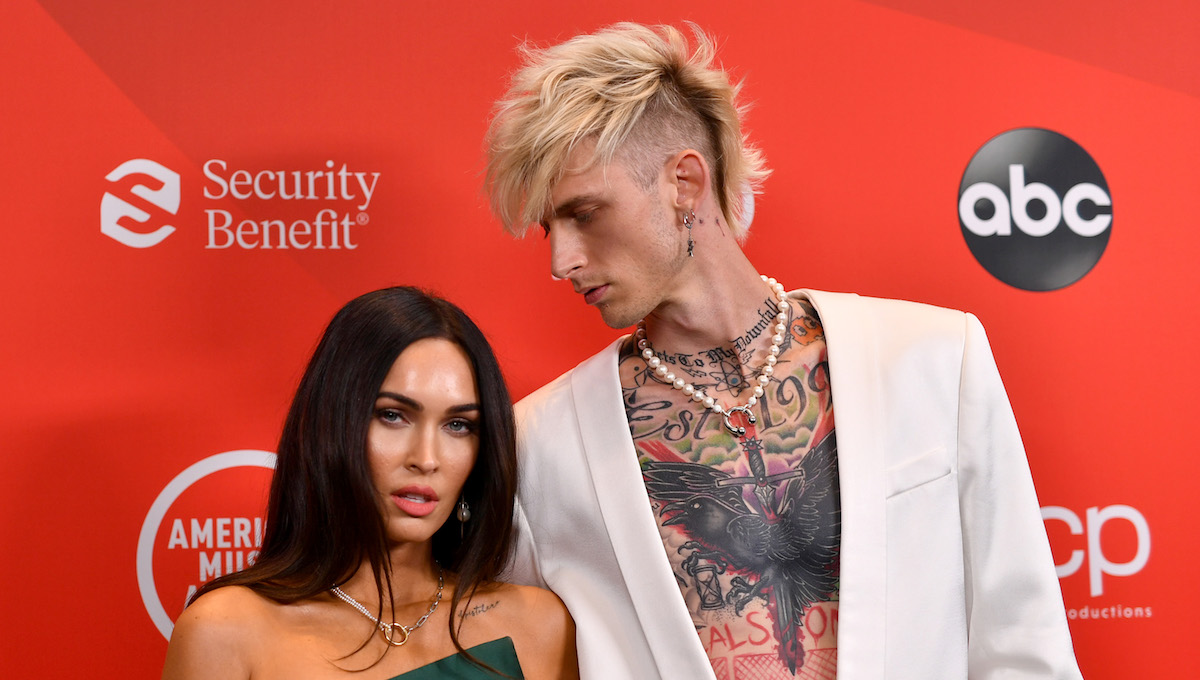 Megan Fox and Machine Gun Kelly have been dating for less than a year, but the actress has already called their connection one of “mythic proportions.” And MGK agrees. While making his relationship with Fox Instagram official in July 2020, the rapper told fans that he feels like he’s “waited for eternity to find [her] again.”

Since their romance began, both Fox and MGK have gushed openly about their spiritual connection and have revealed that it was pretty much love at first sight — despite the fact that their meeting came at a time that was far from ideal.

Here’s what we can learn from Megan Fox’s approach to breakups, love, and following your heart:

It would be wonderful if all of the meaningful relationships we experienced in our lifetimes ran in a straight line, but that’s simply not realistic. People grow and change, as do their environments, and some relationships experience more swirves than others. That was the case for Megan Fox and Brian Austin Green whose marriage was an imperfect journey, to say the least.

Fox met her future husband on the set of Hope & Faith in 2004 when she was just 18 and the pair got engaged two years later. However, they soon called it off… only to reconcile and say “I do” in 2010. The couple then had two sons, Noah Shannon and Bodhi Ransom, but Fox filed for divorce in 2015 before learning she was pregnant with Journey River.

Despite feeling that they had drifted apart, the arrival of their third son helped the actors get back on the same page. Fox eventually dismissed her divorce filing in April 2019, but unfortunately, the feeling that they were no longer compatible didn’t go away — it simply faded into the background.

In May 2020, Green revealed that he and his wife had decided to take time apart at the end of 2019 to “figure out what life is now.” Recalling their breaking point, Green shared how Fox had a revelation while on the set of Midnight in the Switchgrass. When she returned home from filming, she reportedly told her husband that she had “realized when I was out of the country working alone that I feel more like myself and I liked myself better during that experience and I think that might be something worth trying for me.”

Noting that he was “shocked” and “upset” by Fox’s confession, Green added, “I can’t be upset at her because she didn’t ask to feel that way. It wasn’t a choice she made, that’s the way she honestly felt.” Fox and Green both filed for divorce in November 2020.

Megan Fox has made no secret of her strong spirituality and has openly talked about her belief in destiny and the fact that she’s grown to understand that “there’s a reason for every encounter and opposition.” She meditates, focuses on the positive, and has even worked with spirit guides and, as she told the Give Them Lala … With Randall podcast in July 2020, she had a strong premonition about MGK before she met him.

Fox recalled how, upon learning that MGK would be her co-star in Midnight in the Switchgrass, she “could feel that some wild s*** was going to happen to me from that meeting, but I wasn’t yet sure what. I just felt it like, deep in my soul that something was going to come from that,” she said.

Fox and MGK connected on a spiritual level

In addition to having a strong feeling that there was a reason why the universe wanted them to meet (a reason that went well beyond work), the mom of three revealed that, upon meeting MGK for the first time, she felt a connection on a deeper level.

“The second I was in a room with him and said hello to him and looked into his eyes, I knew right away that he was what I call a twin flame,” she gushed, explaining, “Instead of a soul mate, a twin flame is actually where a soul has ascended into a high enough level that it can be split into two different bodies at the same time. So we’re actually two halves of the same soul, I think,” she continued.

And I said that to him almost immediately, because I felt it right away.

Recalling that exact moment to Nylon, she added, “I looked into his eyes [and] I felt the most pristine, most gentle, most pure spirit. My heart shattered immediately and I just knew that I was f*****.”

MGK felt it too. As he told The Howard Stern Show in September 2020, Fox is the first person he’s ever truly fallen in love with.

I didn’t know what [love] was until me and her made eye contact.

“That was my first experience with being open to love and stuff like that. I definitely wasn’t set up to believe that that’s something that could ever exist,” he admitted. And when Stern asked if it was love at first sight, he didn’t hesitate to proclaim, “Yeah, for sure.”

The right partner will inspire you to be your best self

While a strong connection is imperative to relationship success, it’s not enough on its own. Megan Fox and Machine Gun Kelly built on their initial attraction and soon discovered another reason why their match made sense: they inspire each other.

Getting candid about his drug use and desire to get sober, MGK told Interview in November 2020 that Fox gives him the support he needs to become the best possible version of himself. “When you have a partner, mine being Megan, sitting there with you on those dark nights when you’re sweating and not being able to figure out why you’re so in your head, to help you get out of your head and put it in perspective, that really, really helps,” he told the mag.

That same month, he told Nylon that his new girlfriend inspired him to ditch his rock star persona for something more meaningful. “You have in your head that you’re this rock star, with multiple women and all that… so finding someone that can take you out of the fast lane and make sure that you’re safe, because at any minute you can crash — I love that it can evolve into that,” he said.

Meanwhile, Fox assured Nylon that “there’s never an attempt to control him on my end” as she explained that “it’s more that he looks to me to avoid his own self-destructive tendencies. And that’s where I’m useful because on his own and left to his own devices, I don’t know how much interest he has in caring for himself,” she said.

The Transformers star then went on to describe their relationship as a “once in a lifetime thing” and their connection as one of “mythic proportions,” saying, “Loving him is like being in love with a tsunami or a forest fire. The intensity of merging with him is just overwhelming, and the threat it poses is so powerful but so beautiful that you have no choice to surrender with reverence and with gratitude.”

While the timing may not have been perfect for Megan Fox to meet Machine Gun Kelly, everything really does happen for a reason. Keeping that in mind, the actress was able to make the difficult decision to listen to her deepest, truest feelings — and to share them with Brian Austin Green, as well as with Machine Gun Kelly.

Coming to terms with the end of a relationship is never easy, especially when children are involved, but personal happiness and self-care are just as important as pleasing family and loved ones. You have to take the good with the bad and if you just follow your instinct (and your heart), it will never guide you wrong.

These Letters from a Single Mother Will Make You Believe in Love Again | Philicia Baugh | Goalcast
Woman Realizes the Homeless Man She Bumped Into Is Her Childhood Friend – Does Everything to Get Him Back on His Feet
Looking for love? 44% U.S. adults use dating apps to find long-term partners: study
If You’re Feeling Judged: One Thing You Need to Understand
How I Stopped Feeling Embarrassed and Ashamed of Being Single