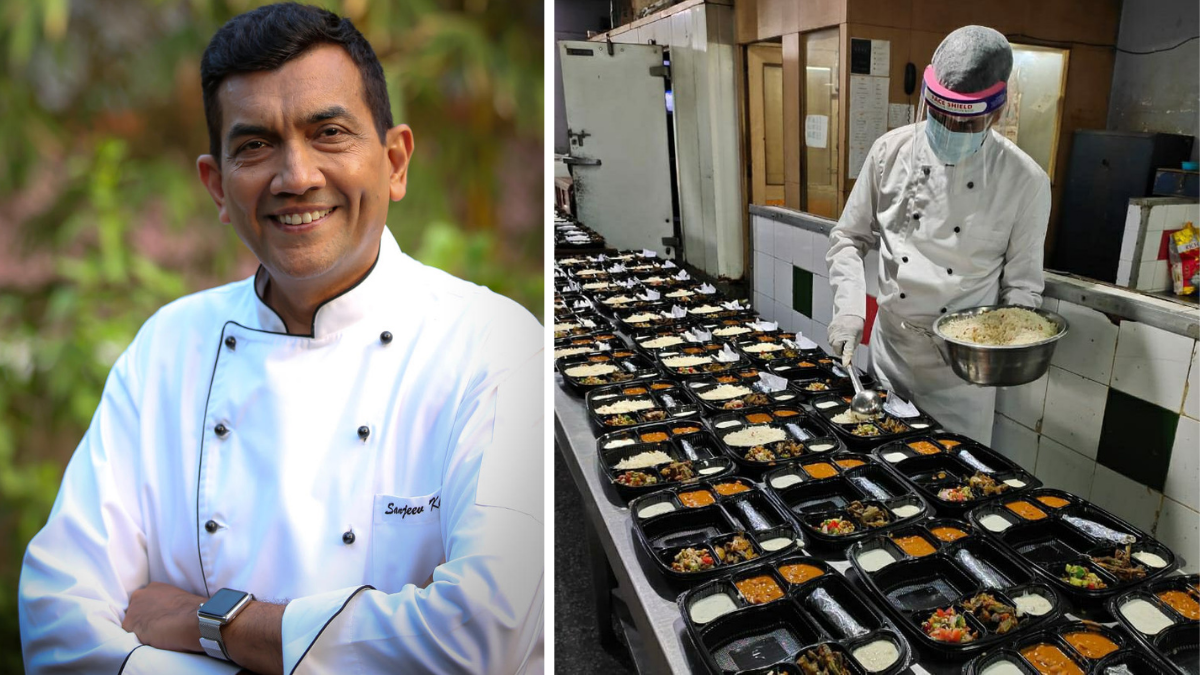 A famous Indian chef is tirelessly providing free meals to healthcare workers, teaching us the power of true generosity and empathy in our time of need.

Sanjeev Kapoor is a prominent chef in India with a devoted following. He is known for his cooking shows, his easy-to-follow recipes on his website and YouTube channel, and his live food events he’s done all over the country.

He shares simplified recipes on his YouTube channel with 6.52 million subscribers. He teaches his viewers to make summer coolers that can be made at home, all while putting a twist on beloved Indian classics. His kitchen hacks and immunity boosters are sure to make one a better and cleaner cook.

When the pandemic began, it wasn’t a surprise that his first instinct was to offer his talents to a humanitarian cause.

Given the depth of challenges medical staff in India are currently facing, he recalled that his motivation to lend a hand early in the pandemic came from what he saw on the news.

“I saw what was happening at the hospital, and I thought we should do something… We know food, times were difficult, and more kitchens became vacant to work in due to the lockdown—I could mobilize some of our chefs,” he says.

He adds how his intentions were to raise and motivate the spirits of hospital staff, as he praised their continuous effort throughout the pandemic.

He wanted to focus on mobilization and expansion

He has selflessly distributed a total of 500 meals to doctors working in Ahmedabad hospitals. With 12 appointed chefs cooking three meals a day, these meals are rich in vitamins and nutrients. A few prepared dishes will include Indian favorites like Lachha Parathas and Paneer Chettinad.

“If the doctors on COVID-19 duty are provided with healthy and nutritious food, it will inject new energy into them, and the doctors can look after their patients better,” Kapoor told India Today.

As the second wave of infections reels in, he hopes to expand his initiative to larger hospitals. That’s why he has also teamed up with World Central Kitchen by Jose Andres. With their help, he has been able to distribute a total of 10,000 meals in other Indian cities since the beginning of the pandemic.

“I’m glad we could scale it up and I am happy with what we’ve learned from World Central Kitchen… I hope we’ll be able to scale this up even bigger,” he says.

He is being called a “covid warrior” by the public

Sanjeev Kapoor has been considered a “COVID Warrior” by the media and the public. This has ultimately inspired others to follow in his footsteps.

“It is so heartening to see that from amongst us, the doctors, the police officials, medics, sanitation workers, and of course citizen heroes like yourself, everyone has come together despite the momentous challenge that we are facing,” said Shivani Gupta from Republic TV.

If the doctors on COVID-19 duty are provided with healthy and nutritious food, it will inject new energy into them, and the doctors can look after their patients better

Sanjeev Kapoor teaches us the importance of helping one another in our time of need. He shows us what happens in our desire to help when compassion leads the way. As COVID-19 surges in India, he continues his momentum of daily kindness one meal at a time.

One act made by a good Samaritan can move mountains. Luckily, we don’t have to cook thousands of meals, nor be a famous chef to help the ones who need it most. As long as we are driven by our generosity for one another, it is then we are able to make the ultimate difference in the world.

How to Show Up When Nothing About Your Life Is Perfect
New Barbie Doll Honours First Black Aviator — Inspires Youth to Take to the Skies (PHOTOS)
Deaf Domino’s Employee Delivers Pizzas on Foot After His Car Breaks Down – In Return, He Gets a “Tip” of $12,000
Kentucky Woman Gets Unbelievably Lucky at Her Office’s Christmas Gift Exchange — Now She Can Afford to Send Her Kids to College
‘It was my heart’: Women with heart disease face barriers to care in Canada, report says