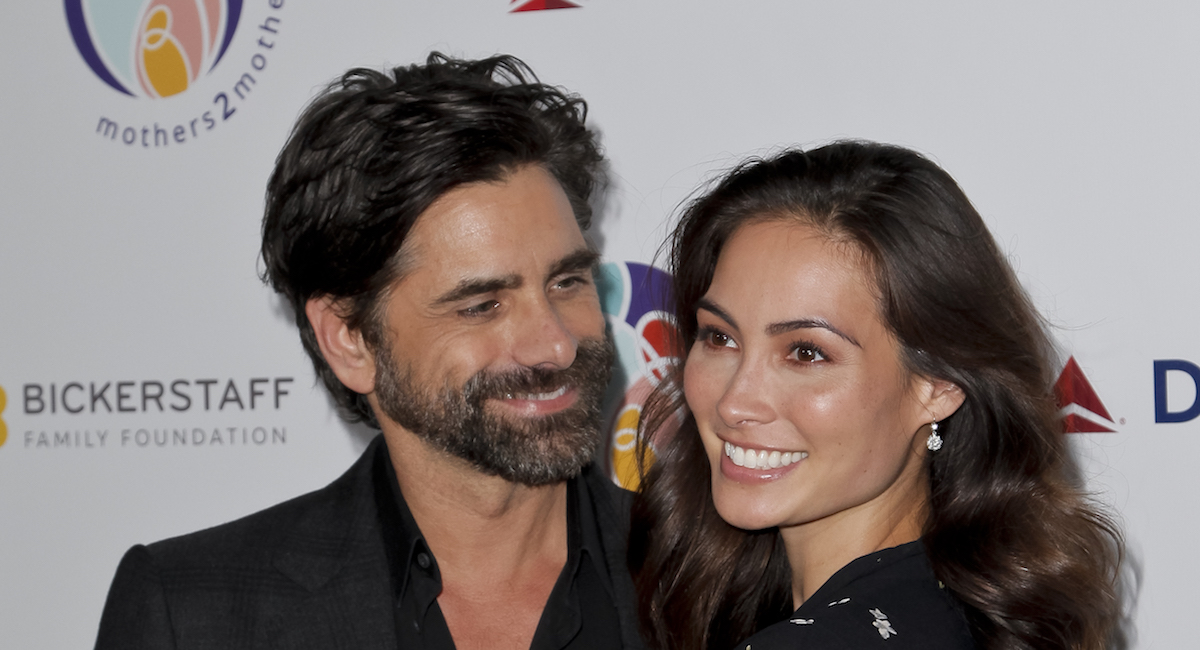 It was the middle of the ‘90s and John Stamos was at the height of his career. Full House was coming to a close, but the actor was a mega star and it was at that time that his love life experienced a boost, too. Uncle Jesse met actress Rebecca Romijn in 1994, they fell in love and tied the knot after four years of dating. But by 2004, things had changed. The couple announced their split and Stamos pretty much remained a bachelor after that. But it wasn’t his plan to be flying solo in his forties.

Here’s what we can learn from John Stamos about not giving up on finding love, no matter how long it takes:

Getting candid about the end of his decade-long marriage to Rebecca Romijn in a 2009 interview with People, Stamos admitted, “We were together for 10 years — it was heartbreaking. In my book, at this point I would still be married and have three kids,” he told the mag, confessing, “I felt like a failure.”

Even so, he knew that parting ways with Romijn was the right thing to do. Explaining the reason behind their divorce, he said, “We just both woke up one day and it had run its course.” He added that he “was lost there for a while,” noting, “I think I needed to be on my own to be me again.”

It’s easy to become caught up in trying to make a union work at all costs (especially a long-lasting one like Stamos’), but if you begin to lose your true sense of self, it’s better to walk away. After all, a relationship in which you’re unable to be the real you can never work, nor can it be truly fulfilling.

While many people assumed that Stamos was basking in bachelorhood following his divorce, the actor told People in 2009 that was simply not the case. As we grow and evolve, our priorities shift and for Stamos that meant longing for a family of his own.

“Running around town, dating a lot of people — it’s a sign of holding onto your youth,” a 46-year-old Stamos reasoned, adding, “I don’t want to just give myself to anybody, you know what I mean?” Sharing just how important children were to him, he revealed, “If I died and didn’t have any children, I would feel like, whatever good things I’ve done in my life, I’ve accomplished nothing.”

It’s a sentiment he later shared with Us Weekly in 2015, joking that he wanted kids so badly “my ovaries are rattling. Do men have ovaries?” he laughed. “They’re jingling. I can hear them jingling now.”

Love can find you at any age

There’s no set timeline for love and, in the case of John Stamos, he would get married and have kids after 50 — and there’s nothing wrong with that! In 2015, at the age of 52, the Grandfathered star began dating Caitlin McHugh and it was actually the show that made him famous back in the ‘90s (or, rather, its Fuller House reboot) that would connect him with the love of his life.

Recalling how he and McHugh met, Stamos told People that they first crossed paths back in 2011 when they both appeared in an episode of Law & Order: SVU. “I played a guy who was so egotistical that he thought he should spread his progeny, so he had like 60 kids or something,” he recalled. “He was poking holes in condoms and stuff. And Caitlin, ironically, was one of the girls that I was trying to fool and have a baby with.”

Jump to 2015 and they “met back up again” because McHugh’s “roommate was on an episode of Fuller House, and so she was in the audience. I walked in, I went, ‘Hey, are you stalking me?’ She was like, ‘No.’ That’s why I love her,” he laughed.

Good things happen when the timing is right

The first time Stamos and McHugh met, she was in a relationship and he wasn’t truly ready to settle down. Getting candid with Extra, Stamos shared how because he’s “always been pretty vocal about wanting a family and wanting to be married,” people would often say “’Why can’t you? You can do it.’” But as he explained, “The truth is I just wasn’t the best me and I wasn’t going to attract someone like Caitlin. I had to work on myself and put in some time, and I know my mother would have been really happy with that, and this beauty just came into my life,” he said.

It took time for me to really be the best person I could be.

As Stamos told ET, he didn’t give up on finding love and having kids — “It has always been my plan” — even when it took “a lot longer than I anticipated” because, at the end of the day, he knew it was all about timing. “I just had to meet the right person to do it with, and to straighten my life out,” he told People.

Never give up on what you truly want

Rather than losing hope, John Stamos chose to keep his heart open and, in October 2017, he set out on the path to having all of his dreams come true when he proposed.

Sharing what inspired him to get down on one knee, the actor told People it was the discovery that his girlfriend was pregnant. “I said, I better have a ring on her finger because it’s the right thing to do, and I wanted to marry her anyway,” he told the mag. “So I called her parents to ask, and it was like, ‘You better!’”

As for the proposal itself, he chose Disneyland because “she loves Disneyland” and asked a friend to create a video montage of all of the most romantic moments from animated Disney Pixar films, which ended with Sebastian from The Little Mermaid saying, ‘Just ask the girl!’ And so he did. The couple said “I do” at the Little Brown Church in Studio City, California in February 2018. Calling McHugh “the perfect woman,” Stamos gushed, “I know my parents are smiling down. I know they would love her. She’s a gentle, kind, graceful soul who would be a good mother.”

The only wish left for Stamos to fulfil was fatherhood and that came true in April 2018 when he and McHugh welcomed their son, Billy. Announcing little Billy’s arrival on Instagram, the actor wrote, “From now on, the best part of me will always be my wife and my son. Welcome Billy Stamos (named after my father).” He also included the cheeky hashtag #NotJustanUncleAnymore.

You can’t rush (or force) love and when the timing is right, things just fall into place and make all of the waiting worthwhile. It’s easy to give into despair and simply toss out the vision you had for your personal life when it doesn’t happen ‘soon enough,’ but love doesn’t run on a set schedule and you can discover happiness at any age. Just look at John Stamos and Caitlin McHugh! “I waited a really long time and she is perfect,” Stamos gushed. “I mean, I don’t deserve her, by any means.”

How to Un-Stub Your Toe on the Nail of Life | Eric Bailey Motivational Speech | Goalcast
The Choice We All Have , But Only a Few Apply It | Joe Dispenza
Louisiana Woman Gives Free Wigs to Children Suffering Hair Loss — Their Reactions Will Warm Your Heart
Parents issue warning after teen dies from inhaling aerosol deodorant
Beyond Dry January: 5 Benefits of Extending Your Break from Alcohol