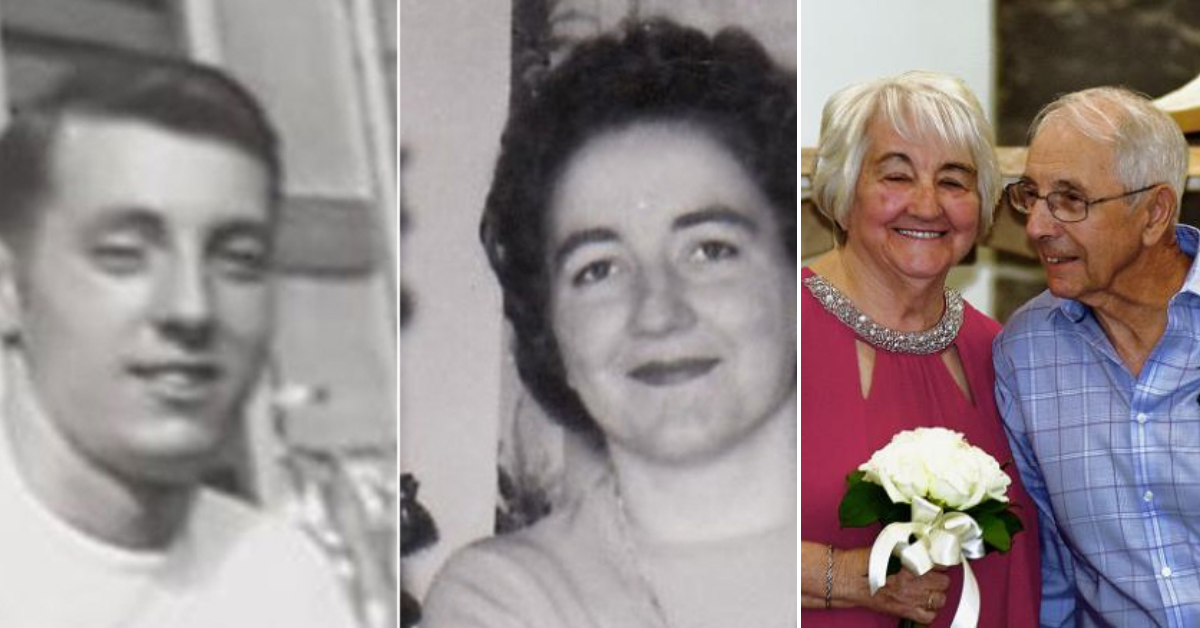 Fred Paul and Florence Harvey were together as teenagers, but drifted apart, forming their own separate families. Nearly 70 years later, when both of their spouses died, they reconnected in a truly heartwarming love story.

Paul and Harvey’s remarkable love story began 68 years ago in the small town of Wandsworth in Newfoundland, Canada.

They’d go on walks, attend concerts, and kiss in between classes during the two years they were together. Romantically, Paul would flicker his porch light before going to bed every night as a way of telling Harvey, who lived across the bay, good night and that he loved her.

“She was my first love,” Paul, now 84, told CNN. “My first girlfriend and my first true love.”

But at 18, Paul moved to Toronto for work and by the time he came back to look for Harvey, who was 15 at the time, she’d moved to another town.

Harvey went on to marry a man named Len for 57 years and had five children.

Paul was married to a woman named Helen for 60 years and had two kids.

But in 2017, Len died of cancer and in 2019, Helen died due to various health issues including dementia.

Harvey and Paul found themselves single again and she was the first one to reach out.

She contacted Paul to reassure him after his wife died and they got to chatting.

After their first chat they started to talk more and more.

“I never thought it would go past that,” Harvey, 81, told CNN. “But we went from talking once a week, to twice, to three times, to every day for hours. We had really reconnected even though we hadn’t seen each other in all those years. I knew this was it.”

In July, Harvey wanted to surprise Paul by coming to visit Toronto for his birthday.

“When I found out she was in town and was coming to me, it was 10:30 at night. I ran out of bed and got dressed and wrote ‘Welcome Florence’ in chalk on the driveway and when she arrived, I walked to the car, gave her a hug and a kiss on the cheek, and I held her hand and I knew right away that she had taken my heart,” Paul said.

Despite contestations from family that they were moving too fast, the couple decided to get married just three days after reuniting.

About a month later, they got married in a small ceremony at a church in Georgetown, Ontario.

Paul also brought out his accordion and sang the Ricky Skaggs song, “I Wouldn’t Change You If I Could,” in front of his new bride.

“There were tears in the eyes of all gathered. You couldn’t help but feel you were watching a real, live miracle, that you were witness to an unimaginable love story.”

Paul Ivany, the church lead minister who conducted the wedding

“They both had been married for years and had created families and memories and wonderful lives,” added Ivany who said of the 500 or so marriages he’s conducted this was “the most profound service.”

Love has no age

Despite spending a lifetime apart, the spark Paul and Harvey felt as teenagers was still there. Without hesitation, they followed it and will spend the rest of their days together, proving that no matter what, love always finds a way.

Deaf Domino’s Employee Delivers Pizzas on Foot After His Car Breaks Down – In Return, He Gets a “Tip” of $12,000
How To Find True Happiness | David Meltzer Inspirational Speech | Goalcast
New Barbie Doll Honours First Black Aviator — Inspires Youth to Take to the Skies (PHOTOS)
The World’s Best Blind Mountain Biker | Brian Bushway | #shorts
How to Show Up When Nothing About Your Life Is Perfect