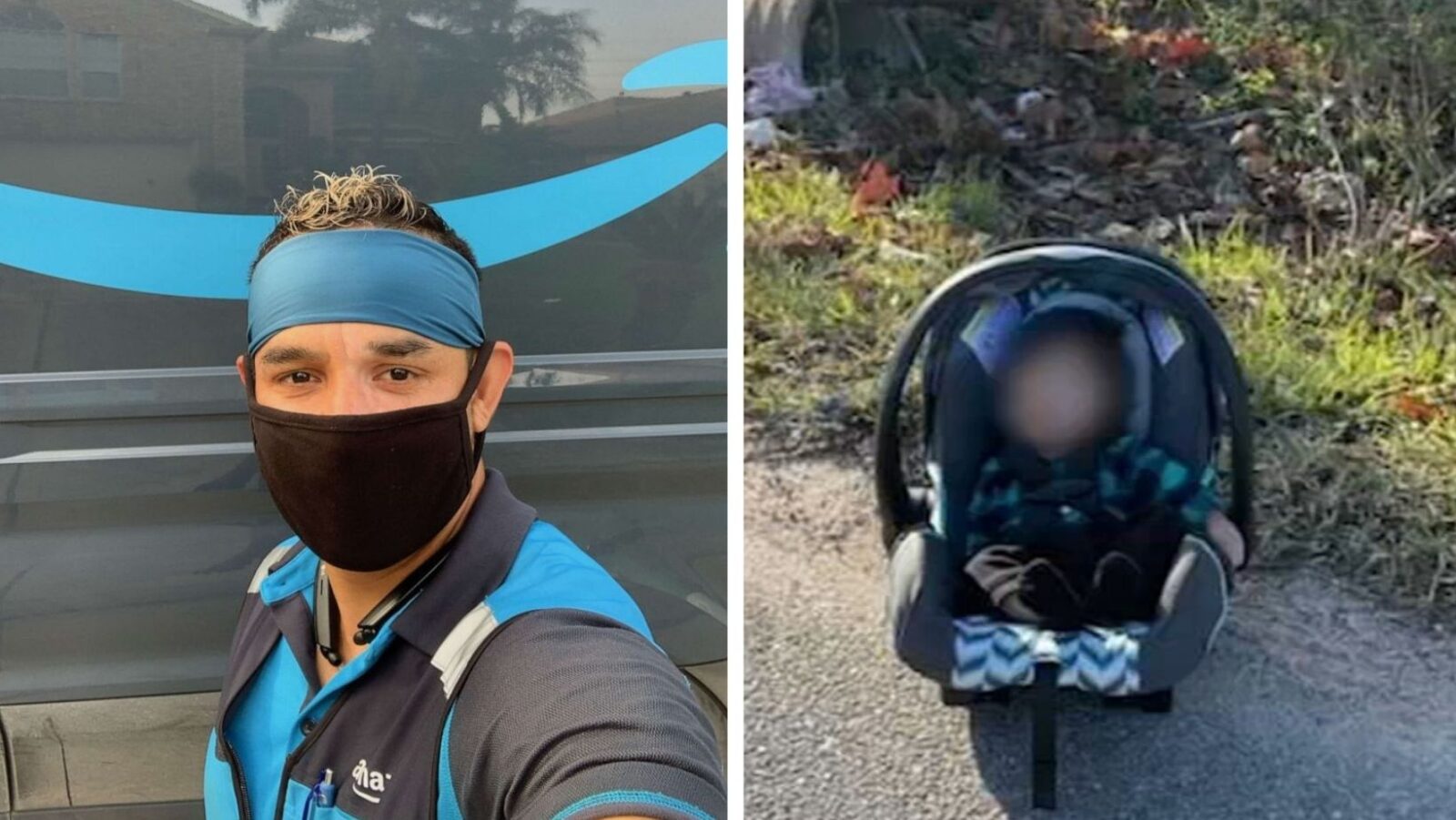 Thanks to an alert Amazon driver with a helping heart, one mother can sleep better tonight.

It was an ordinary Monday when Amazon driver Juan Carlos Flores was doing his rounds through Houston’s Sunnyside neighborhood.

Little did he know the police was responding to a carjacking in the same area.

As he drove by the location of the carjacking, he made a shocking discovery.

“When I saw that baby, I wanted to cry”

Flores was in disbelief when he saw a baby in its carrier on the side of the road.

“I noticed a baby seat. I never imagined that a baby was there until I passed next to it” he told ABC.

Toddler gets to safety

Fortunately, the baby was unharmed. Flores immediately covered it and brought it to a nearby home, where he called the police.

A few minutes later, officers arrived and reunited the child with its distraught mother.

Police believe the driver who dropped the baby on the side of the road was the perpetrator of the Sunnyside carjacking.

According to police audio, the worried mother was trying to track an iPhone left in the vehicle in hopes of finding both iPhone and her beloved child.

“The baby was there for about 20 minutes, and there were about six vehicles that drove by, and nobody saw”

There’s no telling what would have happened to the child if Flores hadn’t taken action. Fortunately, he spotted the tot and brought it to safety.

Regardless of the circumstances, Flores still can’t wrap his head around what happened.

“How could someone have the heart to leave the child on the side of the road?”

He’s fortunate to have been in the right place, at the right time.

“I feel lucky to have found the baby”

Most importantly, Flores was alert enough to sense that something was wrong when others weren’t. Community safety is everyone’s responsibility. Keep your eyes open as you never know if help might be needed just around the corner.

If You’re Feeling Judged: One Thing You Need to Understand
Woman Realizes the Homeless Man She Bumped Into Is Her Childhood Friend – Does Everything to Get Him Back on His Feet
MASTER SELF MOTIVATION – Les Brown Motivational Speech
How I Stopped Feeling Embarrassed and Ashamed of Being Single
Looking for love? 44% U.S. adults use dating apps to find long-term partners: study