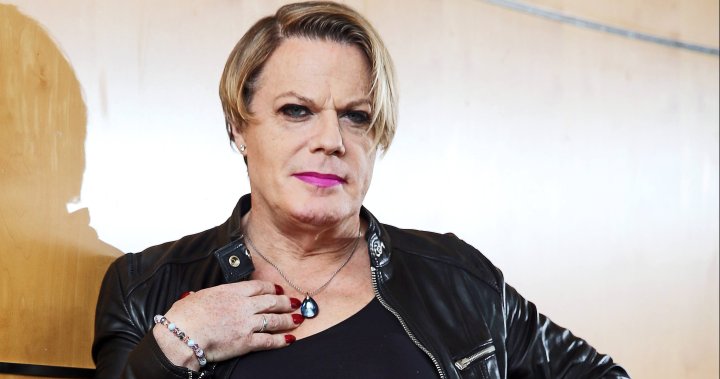 English comedian Eddie Izzard has been receiving kudos from fans and well-wishers after she publicly confirmed her pronouns and gender fluidity on a TV show.

Artist Curtis Holder — who ended up winning Season 7 of the reality competition — was the one drawing Izzard, and he asked her how it felt to use the pronouns for the first time on the show.

Read more:
Elliot Page thanks fans for support after coming out as transgender

“I try to do things that I think are interesting, and this is the first program I’ve asked if I can be she and her. A little transition period. Well, it feels great, because people just assume that… well, they just know me from before. I’m genderfluid. I just want to be based in girl mode from now on,” Izzard answered, adding it felt “very positive.”

“One life, live it well,” she concluded.

A fan managed to capture the Izzard snippet of Portrait Artist of the Year and posted it to their Twitter page.

For anyone who was confused, here is what Eddie said about her pronouns from now on. #EddieIzzard #TransIsBeautiful pic.twitter.com/m0ZxhqtmRb

Fans around the world stepped up to defend Izzard after social media was flooded with anti-transgender bigotry and use of he/him pronouns to describe the comedian.

I’ve watched #EddieIzzard on stage on and off over nearly 40 years (since she performed in Sheffield when we were both students). You have to wonder at the insecurity of folk who get hot and bothered about how an another person describes their life. Go Eddie. 😊 pic.twitter.com/MRIG1rlqbY

Another appreciation post for #EddieIzzard because it’s full of TERFs and I’d like to appreciate how much of a queen she is pic.twitter.com/SKpWB4LK4p

Eddie Izzard is a fantastic comedian and actress. It makes no sense that people claiming to be fans are flipping out now that she’s exclusively using she/her pronouns and femme presentation, which have been part of her life (and standup!) for decades. Who did you think Eddie was?

I woke up to see #EddieIzzard trending & feared the worst.

I was delighted to see that she’s living her best life & it’s just some keyboard crybabies melting down over her pronouns. pic.twitter.com/03cp0rgyqA

This isn’t the first time Izzard has addressed her gender fluidity, having previously called herself transgender and, more jokingly, “a lesbian trapped in a man’s body.”

“I have boy mode and girl mode. I am kind of genderfluid,” she said in a 2019 interview with LGBTQ2 publication Windy City Times. “I want to express both sides of myself, which has always been there. I am a tomboy and tomgirl kind of person.”

Izzard has not yet commented publicly to media about her announcement.

Sweet Revenge: Woman Wins Lottery Jackpot After Husband Leaves Her for Best Friend
Detroit Couple Turn Vacant Lots to Bee Farms – Including the Childhood Home of One Legendary Rap Superstar
7 Ways Childhood Trauma Shows Up in Your Romantic Relationships
Uber Driver Donates a Kidney to His Passenger – Here’s Why He Insists It’s Not a Coincidence
7 False Beliefs That Will Keep You Trapped in Your Head Forever