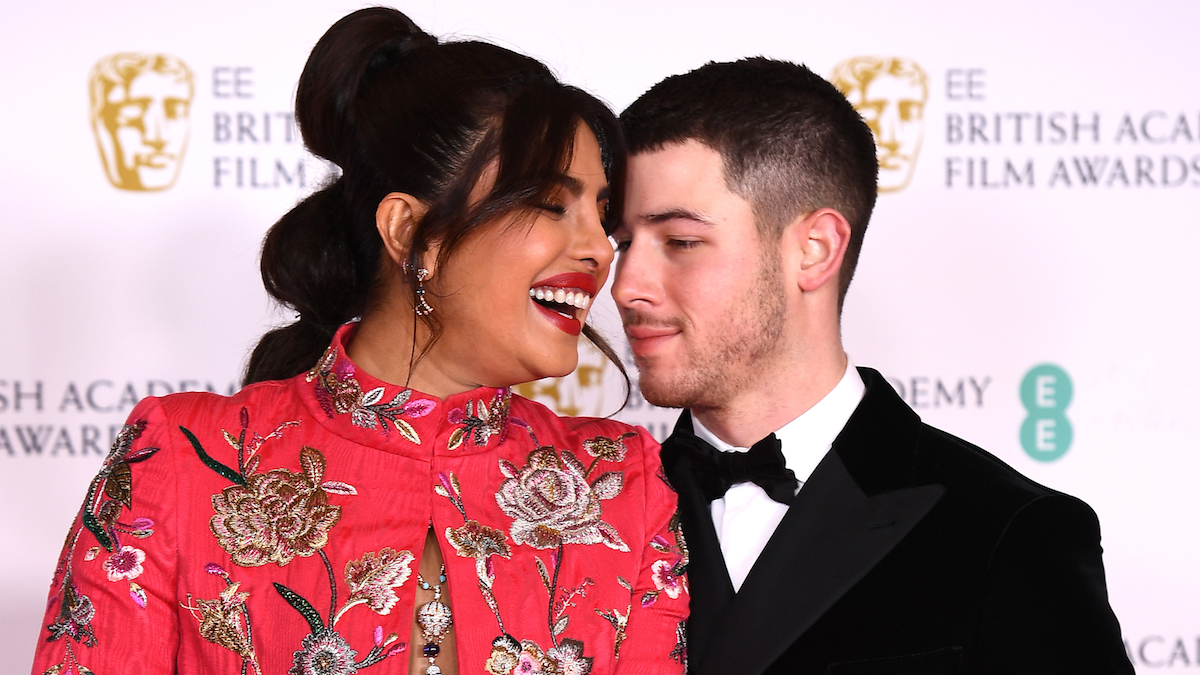 Nick Jonas broke a thousand hearts in one go when he tied the knot with Priyanka Chopra.

Nobody expected their whirlwind summer romance to culminate in a marriage, yet they went against the grain and followed their heart all the way through the aisle. Over the past two years since their memorable, lavish, three-day wedding ceremony in India, the two have been more forthcoming about the origins of their relationship and how they continue to navigate its ups and downs.

Despite the external and internal obstacles that continue to encumber their path, the former Disney star and Bollywood superstar keep soldiering — prioritizing their love over public opinion and industry skepticism.

Nick Jonas and Priyanka Chopra may be two A-list celebrities with global fan followings and outsized wealth, but the challenges they face will strike a chord with any ordinary individual. That’s why it’s crucial to reflect on the hesitations and stigmas they overcame, both individually and as a newly married couple.

Priyanka “judged a book by its cover,” but Nick ended up surprising her

The couple may have enjoyed a relatively brief courtship prior to engagement, but their romantic union had been years in the making.

It all started when Nick Jonas was egged on by a few friends to flirt with Priyanka. The genesis of their relationship is as modern as one can imagine — he slid into her DMs on Instagram. Priyanka responded positively, and so the two proceeded to text back-and-forth for the next couple of months, “with an eye toward flirtation.”

They officially met at the 2017 Vanity Fair Oscars after-party, where Nick invited Priyanka out for a drink. They hung out a few times over the next few months and even attended the Met Gala together, representing fashion house Ralph Lauren. Though this was an indication that they were heading swiftly into relationship territory, the pair didn’t officially get together until the spring of 2018. Nick attributed their slow beginnings to their lives “taking us different places.”

However, once their relationship did take off the ground, it was unstoppable. Following their third date, Nick called up his mother and let her know that he was going to propose to Priyanka. He also said that it had been an “instant thing” for him.

It was kind of an instant thing. I knew once we locked in together that I had a partner for life and a teammate, someone I could walk through the good times and the bad times with, and that was the key.

While pursuing a relationship had been a walk in the park on Nick’s end, it wasn’t as simple for the Quantico actress. She’s ten years his senior and, as such, had reservations about seeing someone younger at such a pivotal period in her life. Given his age, she had made certain assumptions about his personality and behaviour, but ultimately, Nick proved her wrong on every single front.

I’ve known him for two years. I didn’t think that this is what it [would’ve] turned out to be, and that’s maybe that’s my fault, I judged a book by its cover. When I actually started dating Nick, he surprised me so much.

Priyanka Chopra via Women In The World

Priyanka may have been apprehensive about tackling a ten-year age gap with Nick, but the latter did his best to convince her of his maturity. Priyanka revealed that he’s wise beyond his years, so much so that she nicknamed him “OMJ,” — shorthand for “Old Man Jonas.” She commended his wisdom, sensibility, and thoughtfulness, saying that he is an “old soul, extremely smart.”

On the contrary, she perceives herself as a “wild child” who frequently needs to be humbled by her prudent, perceptive husband. Age is just a number, after all, and it doesn’t reflect your growth, personality, or decision-making. As long as you and your partner balance out one another’s qualities and remain compatible, age isn’t going to be a barrier.

A source had even claimed at the time that Nick preferred being with older women, and Priyanka’s age and subsequently levelheadedness is what appealed to him initially. While Priyanka conquered her own fears about their age difference, the public reaction was a whole another story. She had to endure a barrage of abuse, hatred, and judgment for choosing to carry on the relationship, let alone saying yes to his proposal. He wasn’t just a younger man — he was a beloved artist whose Disney legacy had created a massive, female-led fandom. Some people couldn’t bear to watch their dreamboat celebrity crush pick someone they thought wasn’t worthy of his attention. Some accused her of trapping Nick in for a publicity stunt, while others called their relationship fraudulent. New York Magazine even published an article — which they later deleted — in which Priyanka was referred to as a “global scam artist” for dating Nick. The ageism and sexism flooded in from all directions, and Priyanka has had enough of the double standards.

People gave us a lot of s*** about [our age difference] and still do. I find it really amazing when you flip it and the guy is older, no one cares and actually people like it.

Priyanka hits the nail on the head. Since the beginning of time itself, it’s acceptable, if not encouraged, for older men to go out with and marry younger women, but when the situation is reversed, most people express outrage and proceed to lambast the woman in question, calling her predatory and malicious. It’s yet another example of the patriarchy in action. An age disparity can undoubtedly be challenging to maneuver, but as long as the parties involved are satisfied and pleased, no one should have the right to condemn their decision.

Nick embraced Priyanka’s heritage like a “fish to water,” but “little things” still bother them

When people weren’t debating Nick and Priyanka’s age difference at length, they examined their ethnicities and respective cultural backgrounds. These areas shouldn’t be anyone’s business in this day and age, yet that didn’t stop people from expressing doubt and disapproval over their decision to marry outside their race and culture.

Yet, the couple itself had no problem in embracing each other’s cultures. In fact, they announced their engagement to the world by posting photos of the traditional Roka ceremony —an essential step in Indian weddings. From the get-go, Nick’s been going above and beyond to acclimate to the intricacies of the Indian culture. They even opted for a three-day wedding ceremony so that they could include both Christian and Hindu rituals and traditions in the celebrations.

Their wedding wasn’t a fragile, haphazard arrangement — it was a beautiful, gracious merging of two historical cultures. Priyanka rejected claims that their cultural and racial differences had been an issue for them; she said that their age disparity had been a bigger “gap to bridge.”

Nick took to India like a fish to water. But just like a normal couple, you have to understand each other’s habits and what each other likes. So it’s more of an adventure than trying to figure out hurdles. None of it was really that hard.

Priyanka Chopra via The Sunday Times

Though the transition had been seamless for the lovers, it doesn’t mean that their marriage didn’t come with its fair share of adjustments. They’ve both had to work hard to understand each other’s characteristics and choices in the context of their unique cultural teachings. Priyanka said they’re learning as husband and wife how certain gestures and mannerisms translate across different cultures.

For example, Priyanka is used to gesticulating enthusiastically when speaking, which Nick often interprets as anger or animosity. He had a hard time figuring out that her gestures result from growing up in a country where “everyone speaks with their hands, and we are such a large population, we have to speak over each other to be heard.”

This was just one of numerous “little things” that “started popping up” post-marriage. Now, Nick knows that Priyanka’s lively manner of speaking doesn’t indicate anger. “Now he gets it. He tells his friends, ‘She’s just being passionate and emphatic,’” she said.

No obstacle is too big to prevent you from finding love

Nick and Priyanka’s unique story tells us that there’s no situation too complex or no obstacle big enough to get in the way of true love. If you’re patient and you keep believing that your love will persevere through all the roadblocks, your wildest dreams will come to fruition. These challenges will just test your capabilities as a partner. If you can overcome them with empathy and understanding, nothing is stopping you from the sweet, lasting feeling of love and everything that it entails.

Kentucky Woman Gets Unbelievably Lucky at Her Office’s Christmas Gift Exchange — Now She Can Afford to Send Her Kids to College
Tough Times Don’t Last (Official Music Video) Fearless Motivation
8-Year-Old Boy’s Family Is Down to Their Last $12 Living in a Shed – Until His Own Business Saves Them All
MASTER SELF MOTIVATION – Les Brown Motivational Speech
If You’re Feeling Judged: One Thing You Need to Understand