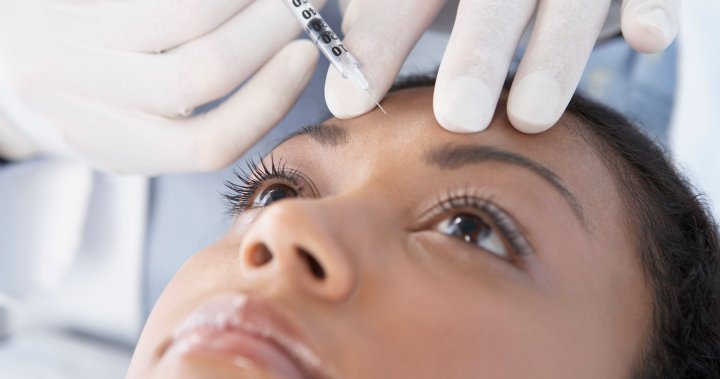 Under-eye fillers and Botox around the eyes and forehead have been some of the most popular cosmetic procedures Canadians have undergone during the pandemic, according to Dr. Neel Bector.

Bector, also known as the “Lip Doctor,” says these have traditionally been the most popular procedures, but he has seen an uptick during the pandemic.

Additionally, he says there has been an increase in body contouring procedures.

“People aren’t able to exercise, or at home they’re eating more, partaking in a little bit more of alcohol… adding weight to their bellies and around the back,” he says.

“Using certain techniques with certain machines or injectables, we can get rid of some of that fat that is there.”

Bector adds when people are looking at themselves on screens all day long, they’ve found themselves wanting to change certain things about their appearance.

“We’re rejuvenating the face, we’re changing the under-eye area, we might be lifting up the lower face. Those are things that we’re seeing,” he says.

Read more:
More men are getting plastic surgery – here’s what they’re getting done

The thread lift, which was approved in March 2020, has also been a procedure that has increased in popularity during the pandemic, he adds.

According to Bector, using these procedures in combination with things like fillers and Botox can get results that are comparable to having cosmetic surgery.

“For example, with noses… (People) had to go under the knife but recently with the advances in use of fillers, we can actually get some of these things fixed up just in the office,” he says.

For those who are interested in changing some facet of their appearance but don’t want it to appear like they have undergone any procedures, Bector says he advises them to go slow and do one or two things at a time.

“We might start with an under-eye filler, then a couple weeks later add the Botox… but a little bit at a time, we would formulate a plan over a year for example,” says Bector.

Watch Bector’s full interview with ‘The Morning Show’ in the video above.

Food inflation: Shoppers turn to saving hacks long used by older Canadians
Detroit Couple Turn Vacant Lots to Bee Farms – Including the Childhood Home of One Legendary Rap Superstar
Uber Driver Donates a Kidney to His Passenger – Here’s Why He Insists It’s Not a Coincidence
The Single Greatest Mistake A Man Can Make | Jordan Peterson
How to balance social expectations and your budget amid inflation: ‘It’s OK to say no’