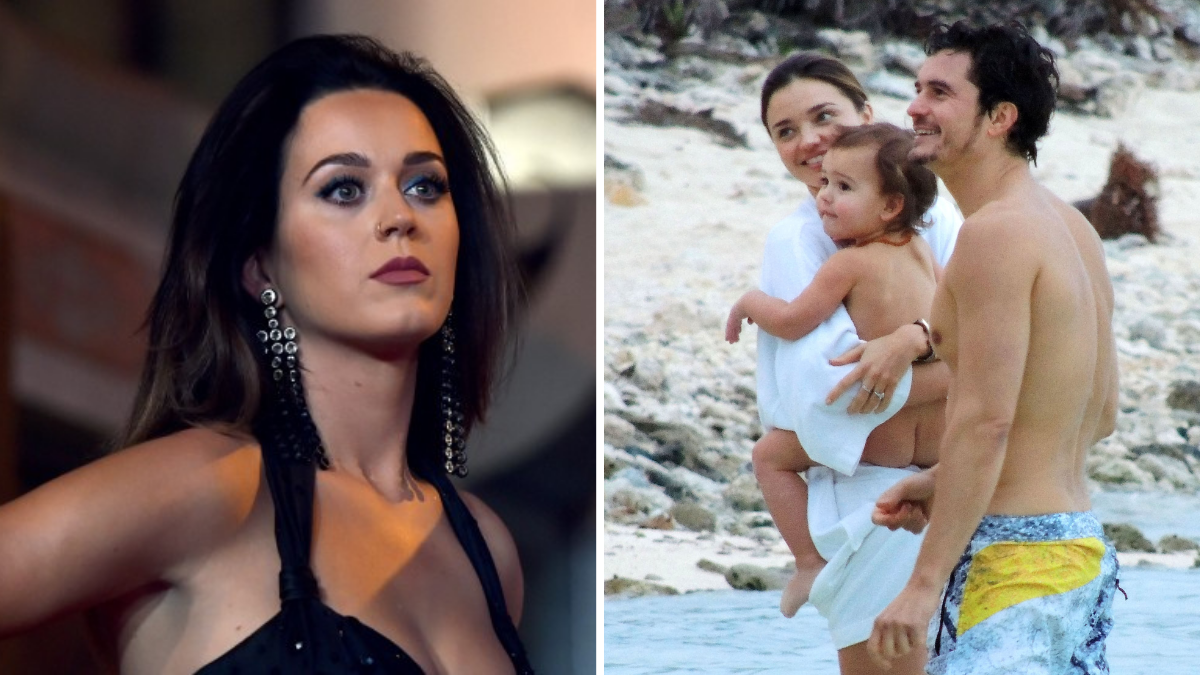 The American Idol judge has been adorably enamored with her baby girl Daisy since her arrival in late August. The singer had previously expressed her fears pertaining to motherhood and how she felt like she didn’t have the “maternal gene.” Yet, alongside her fiancé Orlando Bloom, she’s done a stellar job of balancing her busy career with the responsibilities of raising a little one.

Here’s what we can learn from Katy Perry and Miranda Kerr’s surprising but empowering friendship:

This is Katy’s first go at motherhood, and while this can be a terrifying experience for any person, she’s had to deal with a heap of trauma and self-doubt to truly appreciate motherhood to the core.

It helps that she’s surrounded by a lovely, supportive crew, including her fiancé’s ex-wife Miranda Kerr. You’d expect these two women to be on the outs and just simply make do with their complicated family dynamics. However, both of them have gone above and beyond to cherish their blended family.

Katy Perry used to be “Insecure Jones,” but she didn’t let jealousy get in the way of her friendship with Miranda

On a recent episode of American Idol, Katy Perry admitted to being an “Insecure Jones” and said that she’d beat herself up “for a long, long time” over not being good enough. She’d felt inadequate as an artist, flawed as a partner, and insufficient as a woman altogether. The California native also added that this could sometimes happen due to others not believing in you, and so you might tend to internalize the judgment and start to obsess over every minor perceived shortcoming.

Katy’s state of mind following her first breakup with Orlando was abysmal. It coincided with the lukewarm reception to her album Witness, triggering feelings of disappointment and self-loathing. She genuinely thought she was heading for a tumble down the industry and that she wasn’t capable of a long-term romantic relationship. Her mental health took a turn, and she had even contemplated suicide at the time, but at the last minute, Katy returned to her senses and realized that she needed to go through a “soul surgery.”

You’ve got three kids, and you’re going to college, and you run a massive company…it’s very admirable.

Seeing how she was in an immensely vulnerable frame of mind upon reuniting with Orlando Bloom, she could have easily buckled under the threat of his previous marriage with Miranda as well as the family they had built together. Miranda had been a globally recognized supermodel — most well-adjusted individuals might feel unnerved at following her path. Katy even disclosed that she thoroughly disliked hearing stories about Miranda from Orlando, especially with regard to her own pregnancy struggles, but over time, she realized how these “stories actually helped.”

Amidst accusations of jealousy, Katy was able to find common ground with Miranda and establish a beautiful, fulfilling friendship that fills both women with endless peace of mind and gratitude.

In an Instagram Live video with Miranda Kerr, Katy Perry remarked on “being close with Miranda” and even shared that Miranda gifted her a robe during Christmas. The video was filmed to promote Miranda’s skincare line, but the connection blossoming between the two ladies is unmistakable. Both bonded over motherhood, emphasizing how it’s the “best job in the world.” Miranda has three children, whereas Katy just welcomed her first last year, so it’s safe to say that the former may have imparted some words of wisdom during the pregnancy. Katy also commended Miranda for raising three children while leading a healthy lifestyle at the same time.

In the same Live video, Katy also sang praises of motherhood and all that it entails. Before, she had focused exclusively on growing her fame and advancing her career. She had topped milestone after milestone and was so fixated on gaining acclaim that she’d been defenseless against the first hint of underachievement.

The underperformance of her album Witness had sent her into clinical depression. For so long, she had been seeking validation from the “outside world,” not anticipating that public opinion can fluctuate in the blink of an eye. You can’t base your entire self-worth on how others perceive you, so you have to find fulfillment and acceptance from within.

It’s just the best thing in the world, being a mom […] The love from your children is constant and unconditional and isn’t based on what you have, what you don’t have, what career, what product, and that’s definitely made me feel so full to know that there’s this unwavering and unconditional love.

In the case of Katy, motherhood has been the eye-opener in the sense that it finally dawned on her that there’s nothing more precious than the unsurpassable love of a child. Her career, as successful and iconic as it is, doesn’t hold a candle to the simple acts of changing a diaper or feeding the baby. This doesn’t necessarily have to hold true for every single mother out there, but there’s something wildly sobering about the pristine, unassuming connection you share with your newborn. You don’t have to be pretentious or put on an act. As Katy said, it comes “naturally” from you.

At the same time, Katy also expressed admiration for their “modern family,” pointing out jokingly that Miranda is the most health-conscious of the pack. She shared that whenever Miranda and Orlando’s son Flynn comes over to her place, he brings “nugget[s] of knowledge on either skincare or food,” inspiring the entire family to follow the same diet or exercise regimen. As it turns out, the Kerr-Bloom-Perry family takes their health seriously and treats it as a mutual interest they can connect over routinely.

Jealousy and judgment don’t matter when it comes to parenthood

Katy’s journey through motherhood is an excellent example of how little weight your insecurities hold at the end of the day. She had harbored plenty of self-doubts, shame, guilt, and contempt for herself prior to becoming a mom, but once baby Daisy arrived in the world, nothing else mattered. She didn’t bother with playing the envy game with Miranda, she didn’t bother with keeping her distance from her fiancé’s family — she wholeheartedly jumped into embracing her daughter and the extended blended family that had become her biggest source of strength.

There’s nothing quite comparable to the phenomenon of parenthood. This applies not only to the mega-rich A-listers but to every ordinary person who decides to give it a go. At its heart, parenthood tests you on your priorities and makes you identify what genuinely deserves your attention and energy. It doesn’t mean that parenting should be imposed upon every human being on Earth. More like, it has a way of helping you figure out how you should be approaching the little things in life.

The Walt Disney Company to mark 100th anniversary with new experiences
The Choice We All Have , But Only a Few Apply It | Joe Dispenza
Beyond Dry January: 5 Benefits of Extending Your Break from Alcohol
This Is How You Become the Best Version of Yourself in One Step | James Lawrence | Goalcast
Domino’s Employee Delivers a $12 Order – But the Unusual Tip He Received in Return Takes Him by Surprise