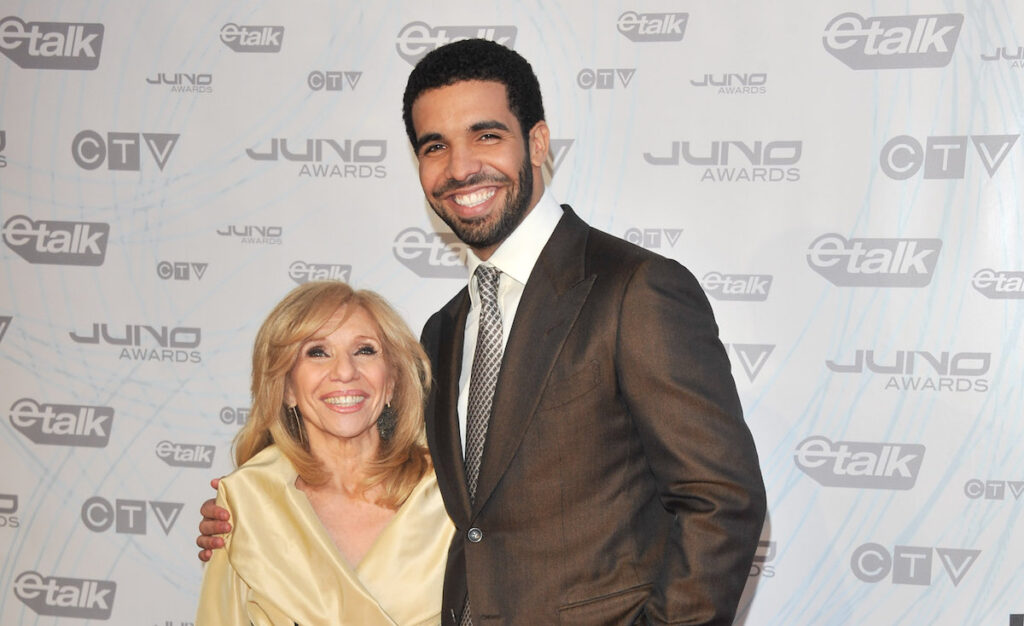 In just a few short years, Drake has cemented his status as one of the biggest celebrities in the world.

He’s more than a mere artist. He’s undoubtedly one of Canada’s national treasures and one of hip-hop’s most beloved and buzzworthy figures. He draws in attention wherever he goes, whenever he speaks — his voice and reach are unsurmountable in many ways.

Over the years, the rapper has maintained the narrative that he’s “started from the bottom” and has reached the upper echelons of fame and success through nothing but sheer hard work. While most of his fans adore him for being so earnest about his origins, many of his detractors peddle a different theory and propose that not everything about his life story is as authentic as it seems.

Seeing how Drake croons on and on about his humble beginnings, it’s worth examining what indeed occurred in his childhood, the impact his parents had had on his passions and character, and how his upbringing drives his relationship with his son Adonis.

Aubrey ‘Drake’ Graham was born on October 24, 1986, in Toronto, Ontario, to Sandi and Dennis Graham. His African-American father originated from a musical family in Memphis, Tennessee, and had been a drummer for artist Jerry Lee Lewis at one point. He moved to Toronto in the eighties and had met Sandi Sher at a nightclub called Club Bluenote. Sandi, a Canadian woman of Ashkenazi Jewish background, had worked as an English teacher and occasionally as a florist at the time.

Unfortunately, Dennis and Sandi’s marriage didn’t last for a long time; the two divorced when Drake was just five, and Dennis proceed to move back to Tennessee. As a young Black Jewish boy, Drake felt out of place and misunderstood for most of his childhood.

Sandi tried her best to raise and support Drake as a single mother, but she faced several struggles financially and physically. For most of his young life, Drake grew up on Weston Road in Toronto, which he claims, was “not the nicest area in the world.” Sandi suffered from osteoporosis and joint pain, which left her isolated in her bedroom for most of Drake’s childhood. Her poor health drove her to smoke heavily and take an exorbitant amount of pain meds.

When Drake was in the sixth grade, his mother moved him to a wealthier part of town, Forest Hill, so they didn’t live in an “area that could create trouble for her son.” But Drake maintains that the family was still “broke” and had to rent the basement and the first floor of a house.

Everybody thinks I went to some private school and my family was rich. Maybe it’s my fault. Maybe I haven’t talked enough about it, but I didn’t grow up happy. I wasn’t in a happy home. My mother was very sick. We were very poor, like broke.

Despite their tumultuous life, Sandi still managed to throw Drake a Bar Mitzvah and encouraged him to follow his dreams. She never forced him to live by a certain code or implement anything in particular, but she still wanted the best for him. For a brief period, Drake went to a Jewish day school, but nobody “understood” him or his identity as a young Black Jewish boy. Despite those challenges, Drake always felt uplifted by his mother, who celebrated him at every instance. Therefore, the rapper does his best to honour his mother on every occasion and show her a world of gratitude for everything she’s done for him.

Drake to the Hollywood Reporter

Drake claims to have had a deadbeat father, but his dad says otherwise

While Drake’s mother was bedridden and “deteriorating,” Drake’s father was in and out of jail. Dennis had had two stints in prison while Drake was growing up, leading him to miss massive chunks of his son’s childhood and adolescence. As a result, Drake believes he didn’t “have a father” growing up.

However, Dennis himself claimed that he brought Drake down to Memphis every year, “from the time he was a baby in the car seat to the time he was 17.” Additionally, it was through Dennis’s influence that Drake was able to nurture his passion for music. In fact, Drake recalled that Dennis’s prison roommate, who rapped to Drake over the phone, sparked his love for hip-hop.

Dennis claimed that Drake was using the “absentee-father” narrative to “sell records,” but Drake refused those accusations, saying on his Instagram, “My father will say anything to anyone that’s willing to listen to him.”

Though both Drake and his father’s testimonies don’t align in this case, it’s safe to say that Drake still didn’t grow up in the most stable household. Yet, at the same time, Drake still appreciates his father.

My father is an incredible man—charming, talented, and stylish—and I’m sort of living the dream he had for himself. But his actions served as that reverse role model for me. There are a lot of things that I don’t ever want to do. I don’t want to miss years of my child’s life. I don’t want to put a woman on a roller-coaster ride.

Though it’s hard to confirm whose account is accurate, it doesn’t really matter because both dad and son have a wonderful relationship at the moment. Yes, they have disagreements and still hurt each other now and then, but they still hang out with each other when they can. Drake’s posted many photo albums over the years in which Dennis and Drake are seen mingling or drinking together.

Coming from a broken home, Drake wants to “share memories” with his son Adonis

When Drake’s son Adonis was first born, the rapper was accused of “hiding” his son from the world. The media and the public didn’t know too much about Adonis’s first years, that is, until Drake chose to share his photos for the first time last year.

Since then, Drake hasn’t shied away from letting the whole world into his private life with Adonis. From dropping his son off on his first day of school to celebrating his third birthday, Drake is routinely shown showering his son with love on social media. A lot of the affection can be attributed to how he wants to build a different sort of relationship with his son than the one he shared with his own family.

I want to be able to go places with my son and share memories with my son. I don’t want to feel like just because of a life choice I made to be, you know, a ‘celebrity’ that I got to make everybody live under this blanket. I just wanted to free myself of that.

Though he’s not romantically involved with Adonis’ mother, Sophie Brussaux, Drake tries his best to co-parent with her. He knows all too well about what it’s like for the kid when the parents are constantly fighting or in different locations. Drake and Sophie didn’t expect to be in this particular position, but they have to make it work for Adonis’ sake.

I was really hard on my parents for giving me sort of a childhood that I had to wrap my mind around as I grew. Multiple times I sort of suggested that they could have done a better job at co-parenting, sticking together, not being so divided.

Drake on LeBron James’ The Shop

At the same time, Drake is appreciative of the values his parents had instilled in him. His mother taught him about surviving and holding hope for a better future, while his father told him about honing his craft and live out his dreams to the best of his ability. He said that he’s “all of the things I’ve learned from and through my father and the incredible things I’ve learned through my mother about patience, about unconditional love..”

Your struggles will drive you to be a better person

Drake’s upbringing could have spelled disaster for the rest of his life, yet he barrelled through and emerged victoriously on the other side.  We’ll all have regrets about our upbringing and the conditions under which we were raised. We might feel that our parents could have done a better job and that we will forever remain scarred by their faults.

Yet, at the same time, it’s the same struggles that instill a drive in us that pushes us towards self-development and emotional fulfillment. Drake knew that it’s no use holding resentment for parents that tried to raise him the best given their circumstances. All he can do is set up a life for his son that’s vastly different from this own. Sometimes it’s best to lick our wounds and approach our future with some optimism despite the cards we’ve been dealt.

If You’re Feeling Judged: One Thing You Need to Understand
New Barbie Doll Honours First Black Aviator — Inspires Youth to Take to the Skies (PHOTOS)
MASTER SELF MOTIVATION – Les Brown Motivational Speech
All the Things I Didn’t Tell the Men I Dated Because I Was Afraid
Kentucky Woman Gets Unbelievably Lucky at Her Office’s Christmas Gift Exchange — Now She Can Afford to Send Her Kids to College